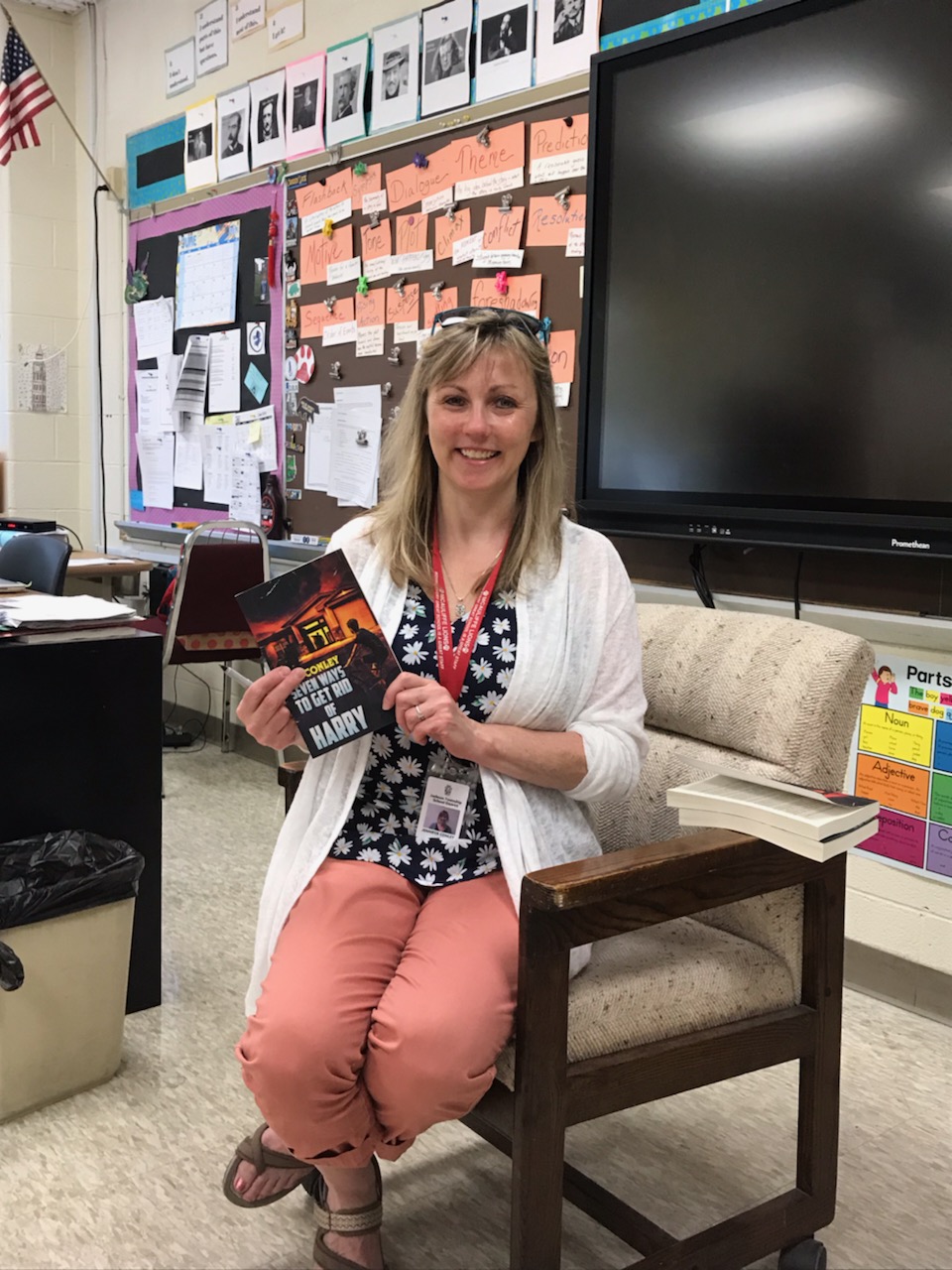 JACKSON – A literacy teacher at the Christa McAuliffe Middle School in Jackson has used her understanding of young adults to publish her first young adult novel.

Jen Conley has worked in the Jackson School District since 1998. Her first young adult novel, “Seven Ways to Get Rid of Harry,” has been published by Down & Out Publishing.

The book is set in New Jersey in 1983 and focuses on a boy named Danny, 13, who is trying to find a way to get rid of his mother’s new boyfriend, Harry.

Conley’s first published work was a collection of short stories for adults called “Cannibals and Stories From the Edge of the Pine Barrens.”

Conley said she writes a lot of short stories, but she decided to try and write a novel.

“I like the main character, who is kind of punky and mouthy, and being a teacher for 21 years in middle school you always get students like that. (Writing) was kind of like trying to get in the head of kids like that because kids like that are usually not represented,” she said.

Conley said a character like Danny is usually a side character, but not the person who is telling the story.

“So I thought, let me try and write a story about a kid who is having problems at home and who is defiant; trying to understand why he is defiant,” she said.

Conley said she was excited about “Seven Ways to Get Rid of Harry” being published, but nervous about possible reactions from some of her students’ parents.

“There are some curse words in the book, so I am a little worried parents may be like, ‘there are curse words in here!’ That is probably my biggest (worry); the problem is I wanted to be authentic and a kid who is getting into trouble a lot tends to curse a lot,” she said.

“The book’s main message is that you can grow strong enough to survive a bad situation,” Conley said. “I am hoping young adult readers can really relate to the situations and lessons our character experiences.”

Conley said “Seven Ways to Get Rid of Harry” is a work of fiction, but said she drew from her firsthand knowledge of how people at that age feel, act and react to create what she hopes are authentic characters.

She said those who read young adult novels enjoy reading about the experiences of their peers, so she was excited to create a fictional world she believed would speak to teens.

“As a teacher, I’ve been privy to the many disputes and reconciliations kids experience, so writing about Danny’s disputes and reconciliations came easily,” Conley said. “I also tried to use a lot of humor because I know kids love to laugh. Just like a little humor in the classroom gives kids a break, humor in a novel also gives the reader a break.”

Conley said she has received a lot of support from her fellow educators and staff members.

“Seven Ways to Get Rid of Harry” is available by doing a web search for the title or by visiting the Down & Out Publishing website.