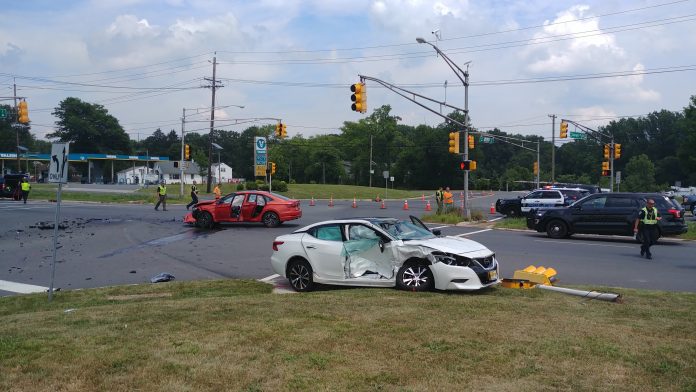 SOUTH BRUNSWICK – South Brunswick police are looking for any witnesses who may have seen a crash around 1 p.m. on July 17 that claimed the life of one woman.

The crash took place on Route 130 at Distribution Way and involved a Volkswagen Jetta and a Lexus. Preliminary indications are the Volkswagen was headed southbound and the Lexus had been heading northbound prior to the collision in the intersection, according to information provided by the South Brunswick Police Department.

Route 130 south was closed for three hours as accident investigators pieced the scene together. The highway was reopened just after 4 p.m.