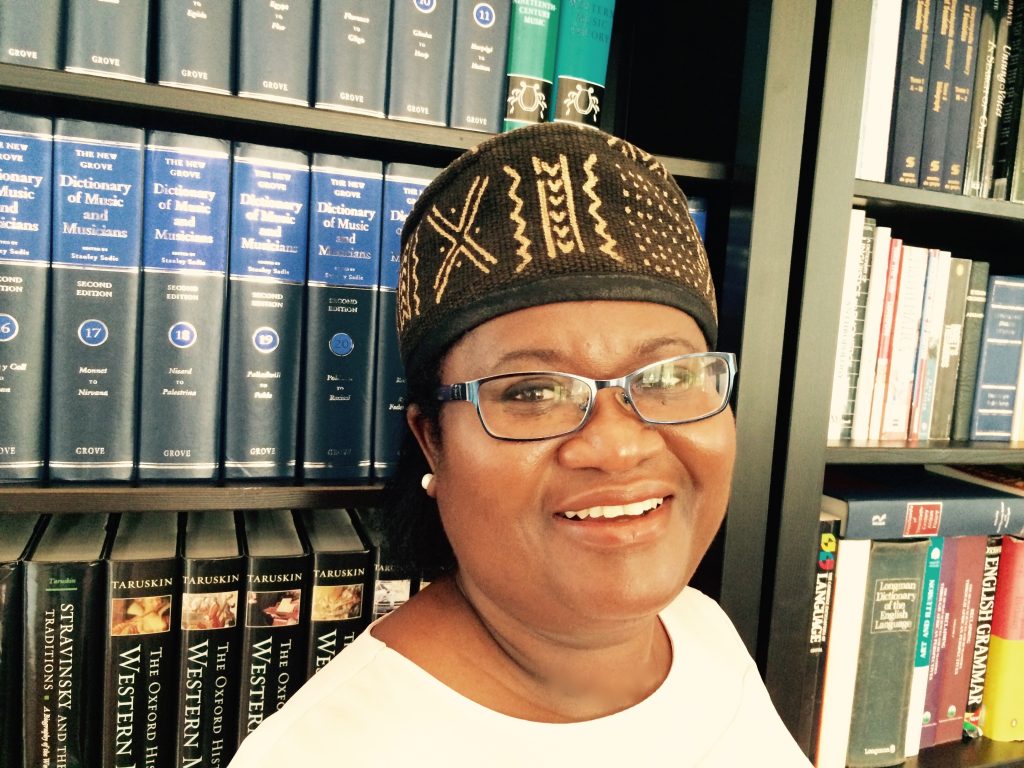 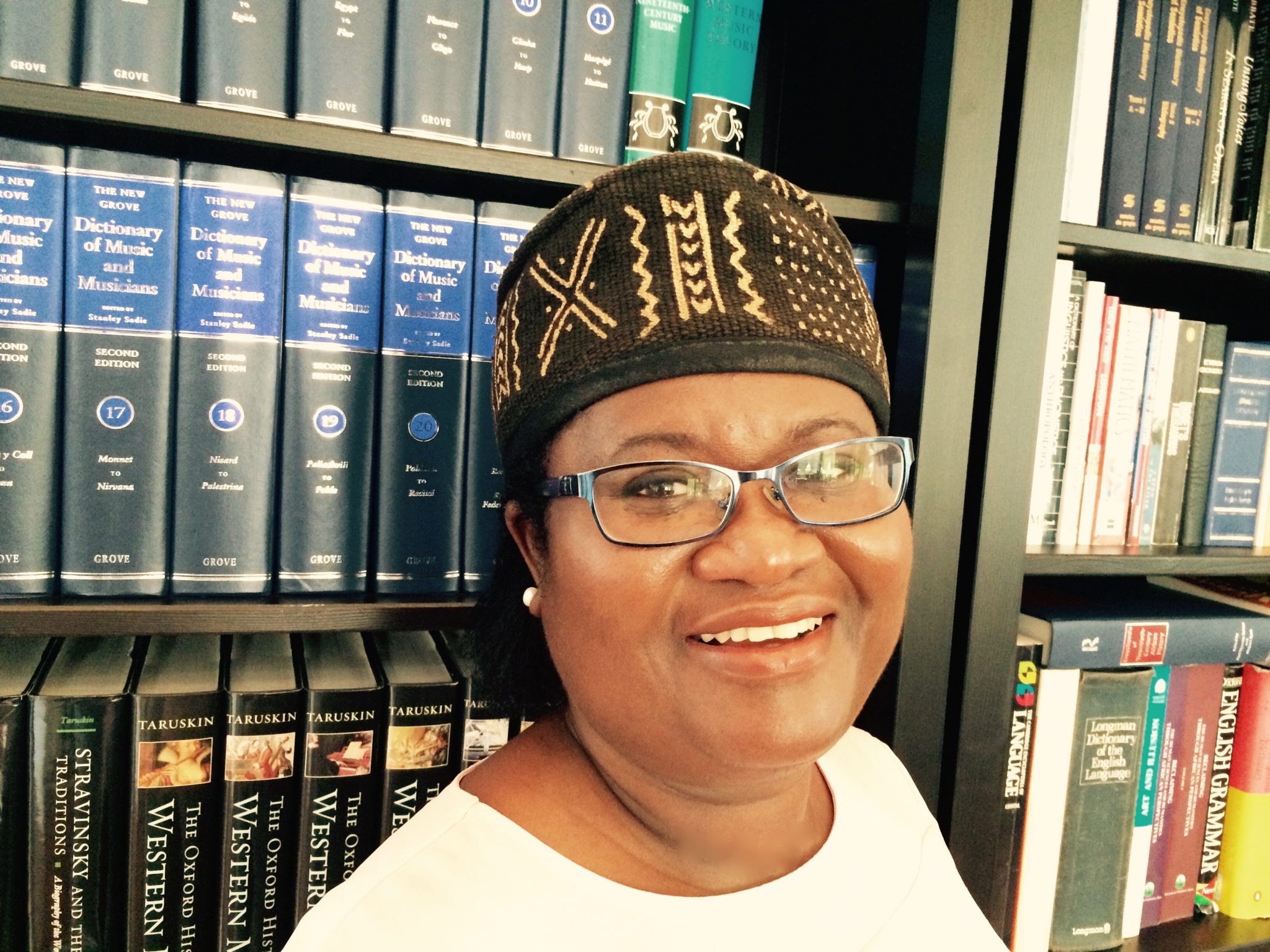 The narrator of the witch and shea butter story was Princeton University lecturer Dr. Christiana Agawu, a self-described community development and social entrepreneur, a native of Ghana and a Princeton area resident for more than two decades.

Last week, Dr. Agawu launched Homemade Shea, a business whose employees and stockholders are accused witches in Ghana, but whose customers will be, she hopes, people all over the world. She is selling shea butter products manufactured in Ghana by women who have been exiled from their community because they have been labeled as witches.

They are forced to live in special witch camps, known as Gnani Witch Camps. All the proceeds of the Homemade Shea’s sales will go to the women, thus securing regular income for them, as well as helping to bring attention to a humanitarian crisis that has received little attention in the media.

The Homemade Shea business had its roots in other Dr. Agawu-inspired social justice initiatives in Ghana, such as math and English tutoring, community tree plantings, community-based capacity building for HIV/AIDS patients and community micro-loan support for small-scale business enterprises.

She did all this while raising three, now-grown (and exceptionally accomplished) children and lecturing in the Princeton University African Studies Program. Dr. Agawu, with a doctorate in sociology, came to Princeton with her family in 1998, when her husband Dr. V. Kofi Agawu, a musicologist, began teaching at Princeton University.

When Dr. Christiana Agawu learned about the witch camps, she felt compelled to embrace a new social justice mission. Even though she was born and raised in Africa, she never knew about the Gnani Witch Camps until she was doing research in 2013 for a course she taught on traditional African religion.

As a Ghanaian native, she realized any of those women could have been her, her daughter or her sister. She wanted to see how she could help the accused women achieve the living conditions they deserved, despite being exiled from their families.

“I came across articles on witchcraft … and the witch camps existing in northern regions of Ghana. If someone accuses you of witchcraft, you will be driven out of the village. If you refuse to go, you risk being beaten to death. The women accused of witchcraft have to leave the village immediately and are exiled from their homes to shrines or sanctuaries, known as witch camps, controlled by priests who have the power to nullify the witch power. The camp becomes a safe haven for the women and the rest of the town stays safe, as long as the women remain under the care and control of the priest,” Dr. Agawu said.

The women in these camps spend their time making shea butter products as a way of economically sustaining their safe havens. The shea tree (Vitellaria paradoxa) is indigenous to Africa and particularly prolific in northern Ghana. It produces a fruit from which shea butter is extracted.

Shea butter is a skin superfood that comes from the seeds of the fruit of the shea (Karite) tree and is naturally rich in vitamins A, E and F. It offers UV protection and provides the skin with essential fatty acids and the nutrients necessary for collagen production.

Shea butter has been used in Africa and many other locations for years to improve skin and hair. It also has a long history of medicinal use, such as in wound care and even treating leprosy. The concentration of natural vitamins and fatty acids in shea butter makes it incredibly nourishing and moisturizing for skin. It is often used to remedy dry skin and to help protect the skin’s natural oils.

Furthermore, a study found because of its cinnamic acid and other natural properties, shea butter was an anti-inflammatory. One compound in particular, lupeol cinnamate, was found to reduce skin inflammation and even potentially help avoid skin mutations. Shea butter also aids in the skin’s natural collagen production. With long-term use, many people report skin softening and strengthening, as well as wrinkle reduction.

Dr. Agawu learned in spite of the remarkable qualities of shea butter, the villagers in Ghana were reluctant to purchase the shea products manufactured by those accused of being witches. This prejudice thwarted the Gnani camps’ economic growth, as well as the women’s compensation. And then, Dr. Christiana Agawu swooped in to save the situation, like a superhero with fabulous skin.

“When my brother, already in the shea butter business in Ohio, asked that I help him source shea butter directly from Ghana, my first thought was the women in Gnani. Customers from beyond Ghana probably would accept the shea products – without fear of witch power. I knew that shea butter products could produce the income that could transform the lives of these women,” she said.

She also has a “secret” formulation quality – she whips the normally hard shea butter into a smooth cream – no additives or allergens, unless you are allergic to hard work, said Christie.

“My mission is to quietly fight for social justice through finding work for the Gnani women and helping to improve their community. I intend to recruit the newly empowered women as participants and leaders in this human rights effort,” she said.

One might conclude Dr. Christiana Agawu’s shea butter project has the potential to make a person beautiful on the outside – and on the inside.

For more information on Dr. Agawu’s shea butter, visit her website at: homemade-shea.com