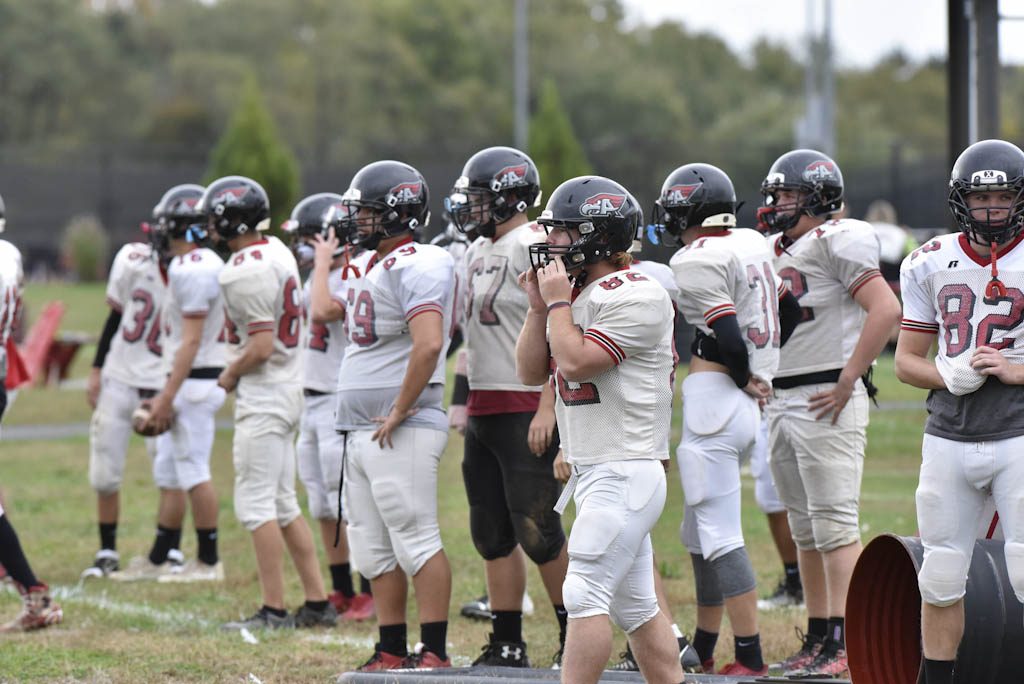 Allentown High School’s class of 2019 graduated back on June 22 at the CURE Insurance Arena in Trenton.

But for five Allentown football players, their high school experience wasn’t quite over yet.

Though the game was delayed and ultimately shortened by lightning, concluding in the third quarter, the Redbird players still enjoyed their experience. Like their fellow all-stars from the Mercer County area, the Allentown seniors earned all-star nods with quality fall campaigns and exemplary leadership.

“I’m excited to be in this game,” Brown said during the contest. “It’s my last high school game.”

“It’s a great opportunity to be invited to this,” Anderson said. “It’s my last time putting on the pads.”

Brown enjoyed a sterling career at Allentown, starting for four years, including at outside linebacker on the school’s 2016 NJSIAA Central Jersey, Group 4 sectional playoff championship team, which won the title with a 41-6 victory in the final over Brick Township High School.

In that game, Brown returned an interception for a touchdown. Earlier that season, in a 33-0 victory over Steinert High School, Brown filled in at quarterback and ran for 130 yards and two touchdowns.

Former Allentown coach Jay Graber, who stepped down to take the Matawan Regional High School job after the 2018 season, said Brown would do whatever the team needed at any given time.

“He could have been a back and had more carries,” Graber said. “But he never complained about what we were trying to do as a program.”

Now Brown will move on to play collegiate football at Wesley College in Dover, Delaware, a strong Division 3 program.

“Wesley is an incredibly competitive team with a lot of great players,” Graber said. “Jha’Quel needs to dedicate himself and get in as good a shape as he can.”

“Then he has a chance to make an impact there,” the coach added.

Anderson is not planning on playing football at the next level. The 5-11, 210-pound lineman doesn’t think he’s big enough. Instead, he will study business at Brookdale Community College.

But Anderson probably could have played collegiate ball if he had wanted to. He started for two years at defensive end at Allentown, and at guard this past fall.

“We were short on offensive linemen and he stepped up,” Graber said. “He was a selfless player.”

That approach should help Anderson succeed in whatever he does next.

“I’m proud to be where I am now,” Anderson said. “I’m stronger and more disciplined.”

Moore also participated in the 41st annual Phil Simms North-South All-Star Football Classic on June 24 at Kean University in Union. So the Sunshine Classic was his second all-star appearance of the summer.

That was fitting for a player who scored touchdowns on offense, defense and special teams for the Redbirds this past fall. This coming fall, Moore will play for East Coast Prep, a postgraduate football program in Great Barrington, Mass. known for producing Division 1 players.

That is exactly what Moore, an electric athlete, hopes to become. He thinks versatility is the key to moving up to the next level.

“I want to learn every defensive back position,” Moore said on June 24 at Kean.