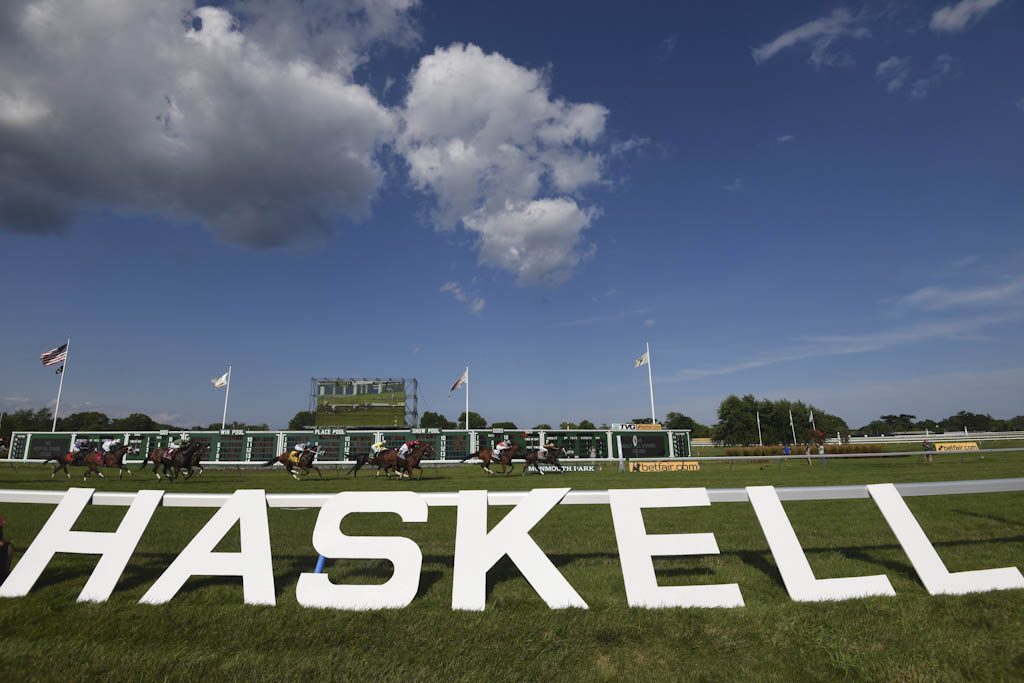 But a heat wave of both 100-plus degree temperatures and public pressure to postpone the race drove fans away from the 2019 Haskell Invitational on July 20.

This year’s race, which is the grand event each summer at Monmouth Park,  generated an audience of just 25,173 people, according to Monmouth Park Media Manager Tom Luicci.

Even that number may have been generous. There were scores of empty or sparse benches throughout the day and evening at Monmouth Park, right on through the Haskell.

After a wave of public pressure that included woke Twitter activists, the nonprofit organization People for the Ethical Treatment of Animals and even New Jersey Gov. Phil Murphy, Monmouth Park Operator Dennis Drazin finally decided to move back the Haskell on the afternoon of the race. Post time was originally scheduled for 5:47 p.m. Drazin changed the starting time to 8:05 p.m. to protect the horses and spectators from the excessive heat of the afternoon.

But Drazin had known about the coming heat wave for a couple days and the public pressure started more than a full day before the race. A host of other race tracks in the northeast region of the country also cancelled their cards on July 20. So Drazin was a little slow in making his decision, and the fans who did come blamed the late decision for the light attendance.

“They should have made this decision last night,” said Steve Kuchen, 58, of Manchester Township. “There aren’t many more people here now than on a normal Saturday.”

“People came out here and realized that they had to stay here for another four hours, so they went home,” said Jimbo Caulfield, 24, of New York City. “If they had known the card was starting at six, they would have came at six.”

Monmouth Park had a strong group of seven horses for this Haskell, too, including the most famous horse in America right now: Maximum Security, who was disqualified after crossing the finish line in first at the Kentucky Derby on May 4. Maximum Security’s trainer, Jason Servis, is based out of Monmouth Park, and so is his horse.

So the horse was running for redemption on his home course on July 20, and he got it. Maximum Security won the Haskell by 1 1/4 lengths with a time of 1:47.56. He even survived an inquiry this time, instead of falling victim to one.

This was a great story. Except it wasn’t the story. The heat, from the weather and the public, was.

Still, Servis couldn’t stop smiling in the winner’s circle after the race, and on the podium during the press conference. He even suggested that the postponement helped his horse.

“He got an extra lunch today, so he was happy about that,” Servis said, laughing. “I worked in a stable for 22 years with no air conditioning. There was a fan on one end and a fan on the other.”

“But I know times have changed with social media and stuff,” he added.

After the press conference ended, Servis stepped down from the podium and shook hands with Park officials, discussing the race. The sun was down and the heat had subsided a little.

“The people left for a little while but they all came back,” Heims said. “There was a large, large crowd at race time and it was very encouraging.”

But then Heims did admit that the heat affected things a little.

“It was a factor for sure in terms of the attendance,” he said. “But in terms of what we dealt with today, we were more than pleased.”

“Everything was a home run for us,” he concuded.

Meanwhile, Monmouth Park officials announced on the following day, that due to the ongoing heat, and with Sunday’s heat index projected to be even higher than it was on Saturday, Monmouth Park cancelled its 11-race card for Sunday, July 21.

The entire Sunday card, including the $75,000 Spruce Fir, will be run in its entirety as drawn on July 26.

The six cancelled races from Saturday’s TVG.com Haskell Invitational card will be run as extra races on July 27 and 28, as will the book races for July 26.