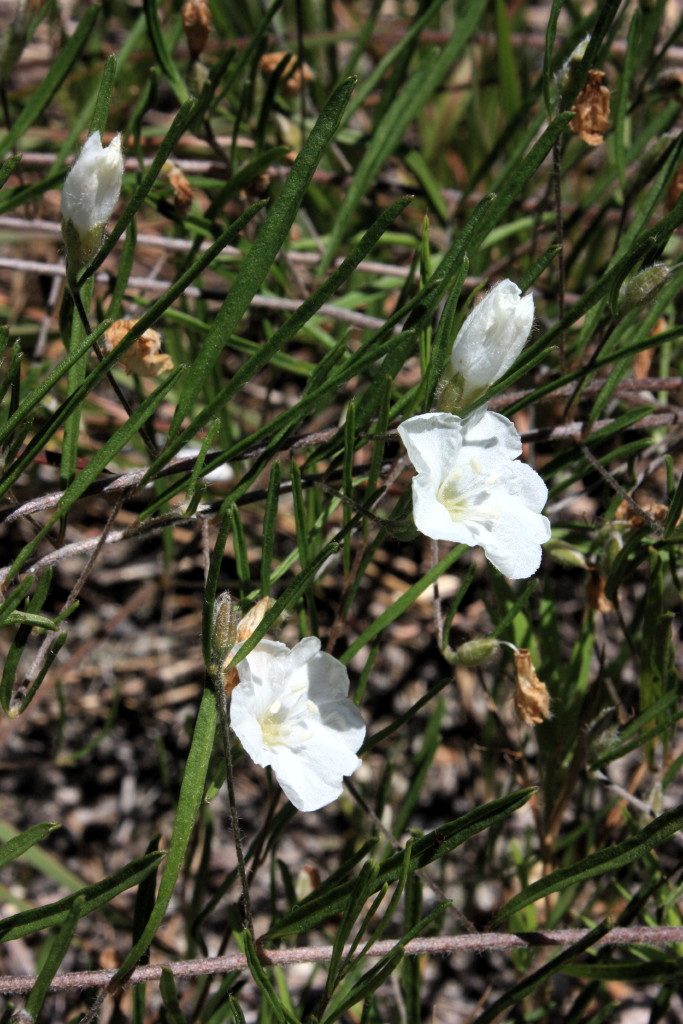 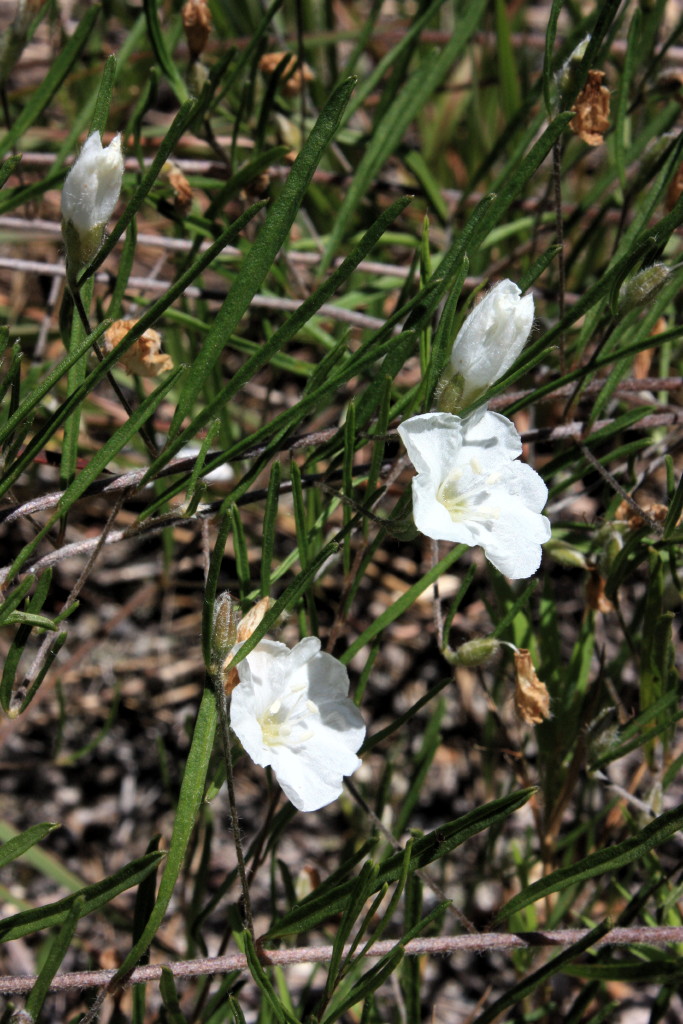 Anyone who has planted “garden variety” morning glories knows how easily they grow. These showy annuals climb like crazy and produce lots of seeds. New plants pop up year after year and are almost unstoppable.

But that’s not the case with the delicate perennial known as Pickering’s morning glory, one of New Jersey’s rarest and most endangered plants.

These petite and lovely wildflowers grow on sunny sand dunes in the Pine Barrens, their long vines trailing along the ground. The star-shaped white flowers bloom in early summer.

For years, Pickering’s morning glories have been close to extinction in New Jersey. But now they are getting much-needed help from the state, from nonprofit conservation groups and from a cadre of volunteers.

Even when first discovered in the late 1800s, Pickering’s morning glories were rare. Only about 25 populations were documented throughout the entire Pine Barrens, a region covering roughly one million acres.

Since then, many historic populations were damaged – or completely wiped out. Some were lost to forest shading when a lack of wildfires allowed trees to grow on sand dunes.

Others were destroyed by illegal off-road vehicles, as thrill-seeking riders tore across dunes and vegetation.

Some declined when their habitats were covered by development. Illegal dumping of construction debris and competition from alien invasive Chinese bush clovers also took a toll.

Today, only three healthy and stable populations remain in New Jersey, with another dozen just hanging on, but there is still hope.

“It’s very important that we maintain the occurrences of the species in the state,” said Cartica, noting that Pickering’s morning glory is primarily a southern species. “It occurs in New Jersey – and North Carolina, South Carolina, Georgia and Alabama – and not in between.”

Initially, the state is focusing on four populations in Wharton State Forest.

“We are trying to foster conditions that will protect and enhance these occurrences,” Cartica explained.

A stewardship project spearheaded by Duke Farms in Somerset County is also helping. Two summers ago, Pickering’s morning glory seeds were collected in the wild and the staff at Duke Farms developed a technique for germinating the seeds and nurturing the hard-to-grow plants in a greenhouse.

Last fall, 44 tiny plants were transplanted from the Duke Farms greenhouse into a fenced experimental plot at the New Jersey Conservation Foundation’s Franklin Parker Preserve in the Pine Barrens.

Duke Farms is continuing to germinate and grow new plants, and dozens will be ready for transplant this fall.

Warm, wet weather also seems to be providing favorable conditions for Pickering’s morning glories. After three consecutive rainier than usual years, said DeVito, new plants are sprouting on their own at historic locations where populations have been struggling.

“It’s like the event we have been waiting for,” he said. “We think the seeds were there in the soil, just waiting for the perfect conditions. It’s providing an excellent chance for these populations to rebound.”

Cartica agreed, saying, “Their seeds can be viable for a very long time, maybe decades.”

Now that new Pickering’s morning glory seedlings are appearing, the nonprofit Pinelands Preservation Alliance is assisting by coordinating a census of all known populations.

With luck and some human help, these rare wildflowers may eventually return to historic levels in New Jersey. Kudos to all who are helping.