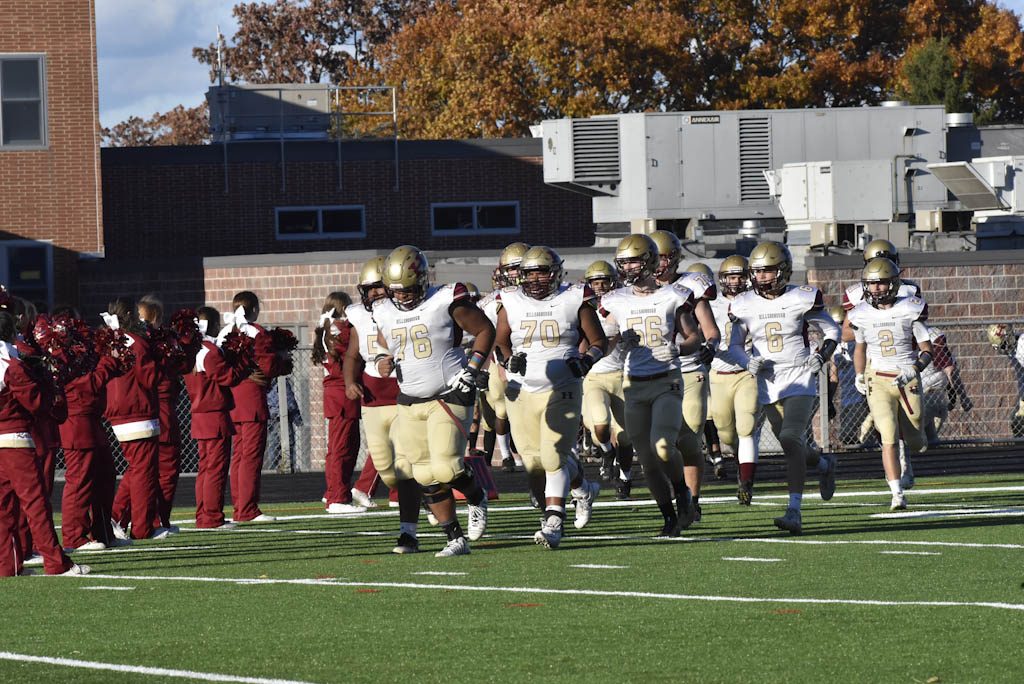 Hillsborough High School welcomes back a solid core of players who contributed to a solid 2018 season.

Now those players are more experienced.

Those factors usually lead to successful high school football seasons. Hillsborough appears to be on the verge of one.

The Raiders will open their 2019 regular season on Sept. 6 at home against Elizabeth High School. Kickoff is set for 7 p.m.

“Last year was a good season to build on for this year,” said Hillsborough Head Coach Kevin Carty. “We would just like to finish better.”

In 2018, Hillsborough went 4-4 in the regular season and then lost at Sayreville War Memorial High School, 42-7, in the NJSIAA Central Jersey, Group 5 sectional playoff first round.

But the Raiders started 3-0 and then lost four straight games. They won their regular season finale, 41-6 over Watchung Hills Regional High School, to finish at .500 before losing to a superb Sayreville team.

Sayreville went on to win the Central Jersey, Group 5 playoff championship, so there was no shame in falling to the Bombers. But Carty was disappointed in the four-game regular season losing streak. He felt his players hit a youthful wall.

“We were young and it was a rough stretch,” Carty said.

The ninth year coach does not expect that to happen again. His core players, running back Sean Levonaitis, quarterback Tommy Ramsey, linemen Shivan Sarkar and Joey Cichon and outside linebacker T.J. Schultz, have been through a full varsity season now, and they understand the grind.

They all took on leadership roles in the offseason, rallying players to workouts and practices.

“It makes it easier over the offseason because they can help guys get better,” Carty said. “You’re not searching for those leadership guys.”

“These guys embraced it and are working hard with it,” he added.

Those core players are not just leaders. They are also great players.

Levonaitis racked up 933 rushing yards and 13 touchdowns in just six games last year. Sarkar and Cichon opened the holes for their standout running back.

Ramsey and Schultz started last year and played well. But Carty expects them to get even better in 2019, Ramsey as a thrower and Schultz as a playmaker on defense.

Ramsey “got by on athletic ability” last year, Carty said. But the quarterback improved as a passer over the offseason, so Carty expects the Raiders to be more balanced this fall.

“We were one dimensional last year,” Carty said. “But Tommy is doing a better job throwing.”

Ramsey even has two playmaking receivers to throw to in Tony Scannelli and Matt Minichard. Scannelli averaged 20 yards per catch in limited opportunities in 2018. Minichard started at cornerback and occasionally got the ball on offense.

Both guys should see more offensive opportunities in 2019.

Hillsborough’s only big hole is on the lines beyond Sarkar and Cichon. But Carty does at least have a lot of young guys to fill those holes.

“If they step up, we might be a very good team,” Carty said. “We’ll have a chance in every game and a chance to be very good.”