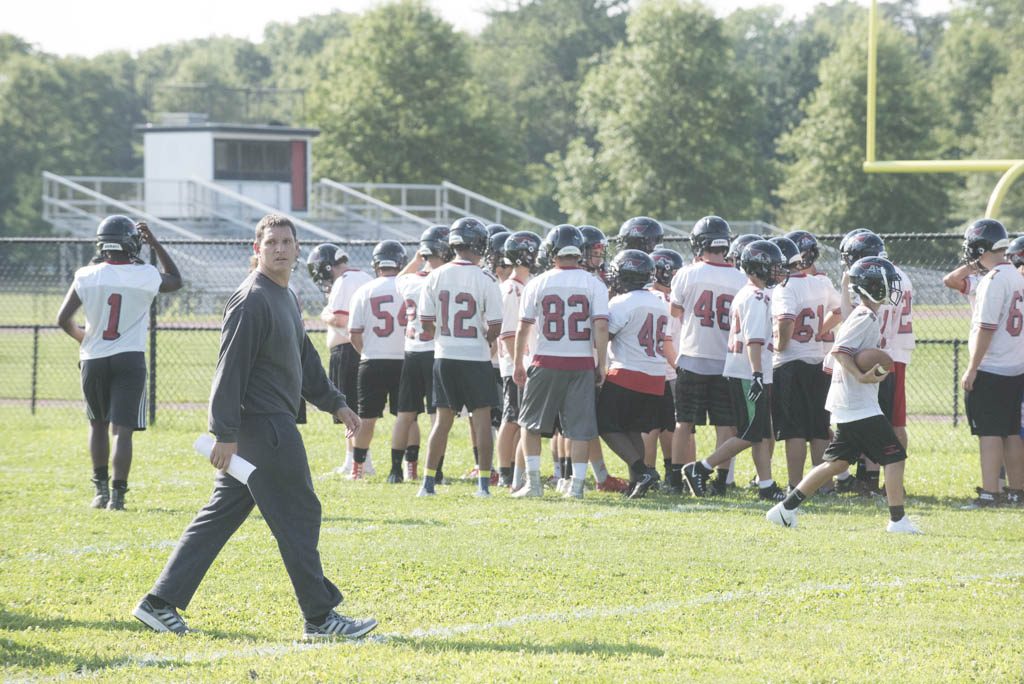 The 34-year-old took over the Matawan program in February and then embarked on a boot camp of an offseason, putting his new players through a daunting schedule of lifting sessions, running sessions and team meetings.

It’s been a busy six months for the former Allentown High School head football coach, but he thinks it’s going well. And at this point, for a struggling program, showing up every day and working hard is more than enough.

“We’ve put together a strong summer,” Graber said. “We’ll have a good indication within the next two weeks of where we’ll slot players based on how they look with the pads on.”

Matawan, like most programs across New Jersey, is opening padded practices this week. The Huskies’ season will begin on Sept. 6 at 7 p.m. at Raritan High School in Hazlet.

Graber’s team will not be expected to win that game. Matawan went 1-8 last year and was outscored by 209 points. The program is just 5-24 since the start of the 2016 season. It still only has about 40 players between its varsity and junior varsity teams.

The new coach did not even mention any specific players when talking about the upcoming season. Everything is new and open for the Huskies right now. There are starting spots and leadership roles to be earned.

“We have a lot of competition at a lot of different places,” Graber said.

“We challenged them a lot this summer with lifting and running, and most of the kids have been tough and resilient,” Graber added. “The guys responded. They all did.”

Graber’s players may not have a track record yet, but the coach does.

In 2010, the 25-year-old Graber took over an Allentown program that had not enjoyed a winning season in 43 years and that had never made the state sectional playoffs.

The new Matawan coach has done this before. He is an open minded football fanatic who studies offensive minds like Gus Malzahn, the coach at Auburn University, and Chip Kelly, the coach at UCLA. Both guys use athletes and horizontal motion to open up the vertical part of the field, a principle that Graber tries to replicate with his own pistol attack.

“It’s about getting athletes and players in space to make plays,” Graber said. “Turning 11-on-11 into one-on-one.”

“We try to be multiple on both sides of the ball,” he added. “We like to use a lot of different players to keep guys fresh.”

The new coach will do all of that with Matawan, and it will probably be fun to watch. The only question is whether or not it will work. It did, however, work at Allentown for almost a decade, a program that was in an even worse place when Graber took over.

“We’re excited to get started,” Graber said of the Huskies.