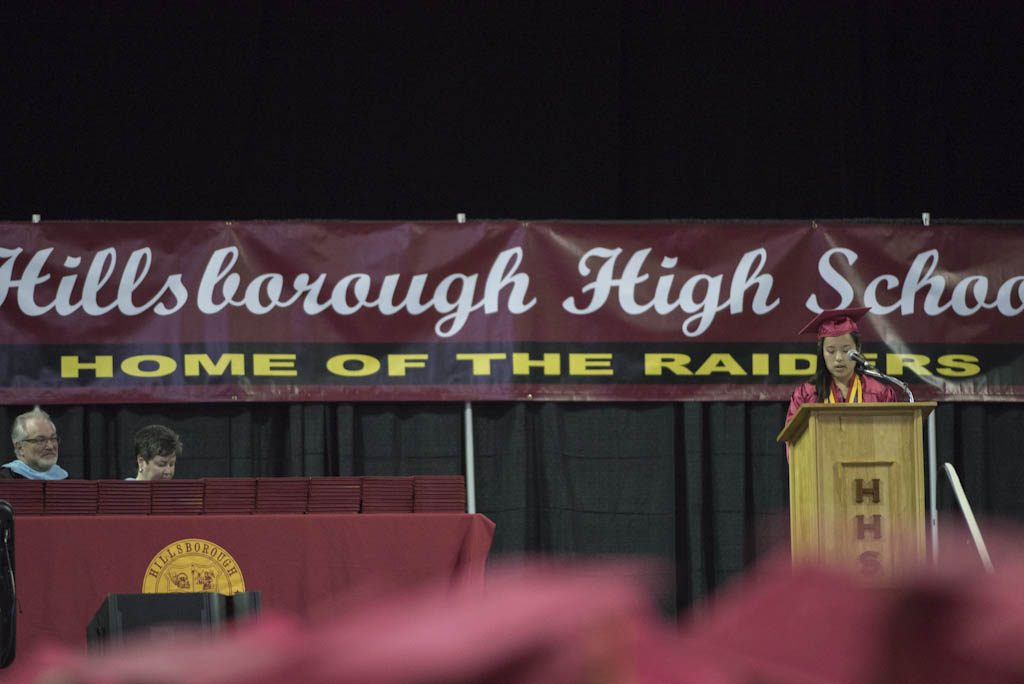 Hillsborough High School looks on the verge of a  successful girls’ volleyball season.

The Raiders are returning the core of a 2018 team that went 16-8 and reached the Somerset County Tournament championship match. Hillsborough fell in the final to Ridge High School, 2-0.

But their eighth-year coach, Cheryl Iaione, is a veteran with a quarter century of experience as Hillsborough’s softball coach, too. So she is staying humble going into the 2019 volleyball season.

“We just hope to be competitive, beat the teams we’re supposed to beat and give ourselves a chance to be in the thick of things,” Iaione said.

But the coach is no dummy. She knows she has a talented and experienced lineup that still has potential to grow.

“If it comes together, we can have a real successful year,” Iaione said.

Iaione didn’t put specific goals on the fall of ’19 calendar, but if she did, they probably would have gone like this: Winning the Somerset County title and advancing to at least the quarterfinals of the NJSIAA Group 4 Tournament. Hillsborough lost to Westfield High School, 2-0, in the Group 4 second round a year ago.

Topping last year is not an unrealistic expectation for a team that’s a year older and wiser.

The Raiders even played club ball together over the summer for CORE Volleyball in Hillsborough Township. They returned for high school practices in August looking cohesive and ready for the regular season to start, which it will soon.

Hillsborough’s season opener is slated for Sept. 3 at home against East Brunswick High School. The match will begin at 5:15 p.m.

“I can see they’ve played together over the summer and are comfortable,” Iaione said.

“The key thing is moving Kaili Fitzpatrick outside. If we can get her the ball she’ll be tough to handle,” the coach added. “Then teams will key on her and that’ll open the floor for other hits.”

Fitzpatrick is Hillsborough’s senior outside hitter. Last year she played more of a middle blocker role, and even in a more defensive position, Fitzpatrick still racked up 82 kills, the third highest total on the team.

This year though, she will be Hillsborough’s go-to player at the net.

“She’s a very strong hitter,” Iaione said. “Moving her to the outside will make her and us a lot stronger.”

Senior Sarah Mazich actually led Hillsborough in kills last fall, with 116. The senior middle blocker is the volleyball equivalent of a soccer center midfielder: Highly competent on offense and defense.

“She reads the court well and blocks well,” Iaione said.

Rounding out the front line is another senior and returning starter, Jardin Jacoby, who recorded 61 kills of her own last fall. Fitzpatrick, Mazich and Jacoby are all tall, springy two way players.

The trio should thrive at the net, especially with returning starters at the three passing spots in the back, too.

It’s an experienced, cohesive lineup of strong varsity players. That should lead to another successful campaign. The only question is, how successful?

“In states anything can happen, especially if you get a couple rounds in,” Iaione said.