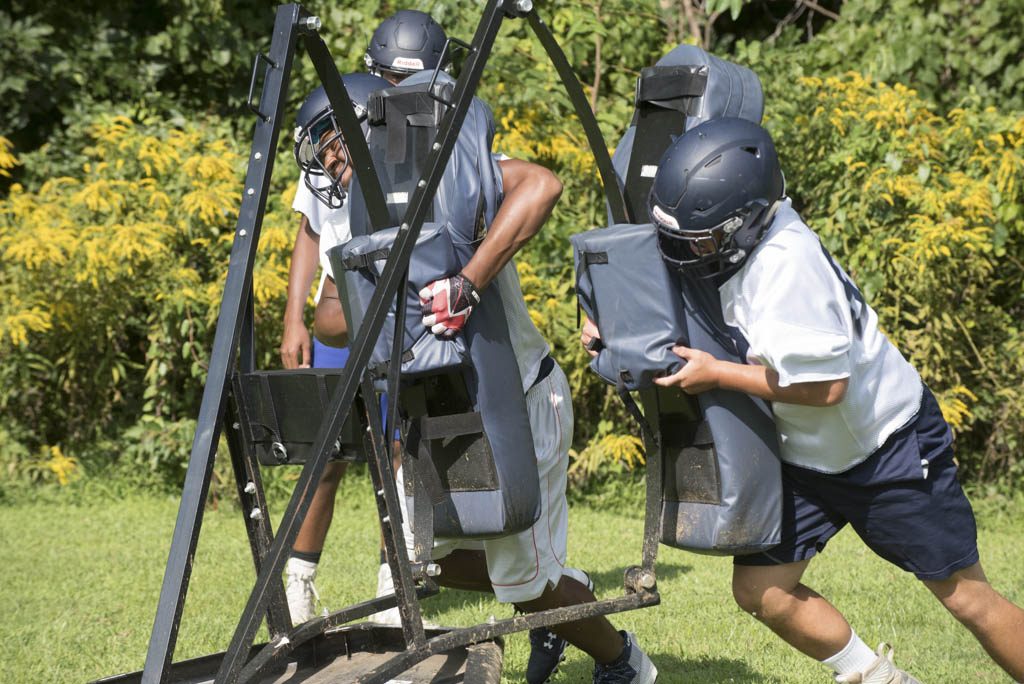 That should be more than enough to lift the Seraphs back into NJSIAA playoff contention.

The studs are a pair of rising seniors in running back Malik Ingram and safety Clarence Lewis. Ingram is a Division 1 prospect who racked up 1,914 rushing yards, 22 touchdowns and an 11.6 yards per carry average a year ago. Lewis is a University of Notre Dame commit who amassed six interceptions, three defensive touchdowns and two forced fumbles last fall.

In 2018, both players helped lead the Seraphs to a 10-2 record and an appearance in the NJSIAA Non-Public, Group 3 playoff championship, which they lost to Red Bank Catholic High School, 14-10. But a lot of seniors, including nine collegiate football players, graduated after the season.

Those departures left Ingram and Lewis as the clear leaders for 2019. Their presence alone has eased the mind and probably the sleep schedule of Mater Dei’s fourth-year coach, Dino Mangiero.

Mater Dei will kick off its 2019 season with a home game in Middletown on Sept. 6 against Brick Township High School.

The Seraphs were powerful in 2018, outscoring opponents, 441-133. They beat their first eight opponents by 28 points or more. Even their two losses came by a combined total of just five points.

It would be unreasonable to expect that level of dominance again. The ’18 Seraphs were a senior laden club filled with collegiate recruits. Plus, outside of Ingram and Lewis, the ’19 Seraphs have “not a lot of starters back,” Mangiero explained.

But there is Ingram and Lewis, at least.

“Malik is a very strong, fast, smart and aggressive football player,” Mangiero said. “He has all the tools and he’s a hard worker.”

“And Clarence is a terrific player,” Mangiero, a former NFL defensive lineman, said.

Not many other Seraphs are back, but some are. Two of Ingram’s blockers on the offensive line, rising junior Rakim Cooper and rising senior Tajay Passmore, are returning to anchor the line yet again. They will also be counted on to anchor the defensive line again.

Starting cornerbacks Tahaj Parland and Elijah Johnston, a rising senior and junior, respectively, are back as well.

“Our defensive front is solid and our secondary is solid,” Mangiero said.

Mater Dei has enough talent back to complement Ingram and Lewis. It also may have a stud newcomer, too, in starting quarterback frontrunner Alex Brown. The rising sophomore was the only new player Mangiero mentioned during the first week of padded practices from Aug. 12-16, and the coach raved about him.

Brown is a “very good passer and runner, a straight A student and he has very good hands,” Mangiero said.

The well rounded quarterback should allow the Seraphs to maintain their offensive system from last year, which featured gap plays, outside zone plays and passes all over the field.

“Depending on what the defense gives us,” Mangiero said.

“I don’t ever have any expectations. We play Brick week one and I don’t even know what the rest of the schedule is,” Mangiero said. “I hope we play well, limit mistakes and stay healthy. We should be able to hang in with most teams.”