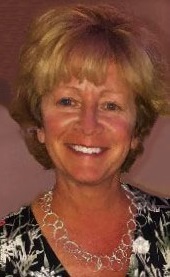 She will begin her new duties this coming month.

Pileggi brings 26 years of professional experience to the Princeton Tennis Program. She previously served as a tennis professional at Haddonwood Tennis Club and was the assistant tennis coach for Trenton State College, now The College of New Jersey.

Throughout her career, Pileggi has been involved with the United States Tennis Association – Middle States section serving in various positions including president, treasurer and vice president of community development and player development.

Pileggi served as the director of Tennis Operations for the RiverWinds Golf and Tennis Club and became general manager when Ron Jaworski Management took ownership of the club. She most recently served as general manager of Arrowhead Health & Racquet Club in Medford.

Pileggi also played collegiate tennis for Seton Hall University and Trenton State College. She was an All-America player and state champion. Pileggi graduated from Trenton State with a degree in communications.

Pileggi will enrich the Princeton Tennis Program’s heritage of offering group instruction to tennis players of all ages, ability levels and backgrounds regardless of race, religion, disabilities, skills or financial means.

The Princeton Tennis Program most notably runs indoor tennis programs at its Eve Kraft Community Tennis Center at 92 Washington Road in Princeton. Outdoor programs and summer camps are in partnership with schools and recreation departments in Hamilton Township, Robbinsville, Lawrence, Rocky Hill, Bordentown and others throughout the years.

According to the organization, the Princeton Tennis Program was founded in 1954 by Eve Kraft and John Conroy and has served more than 120,000 area residents through its vision of “tennis for all.” The grassroots organization offers tennis instruction and day camps for peewee’s and children, plus adult beginner and intermediate lessons, up to professional tournament training.