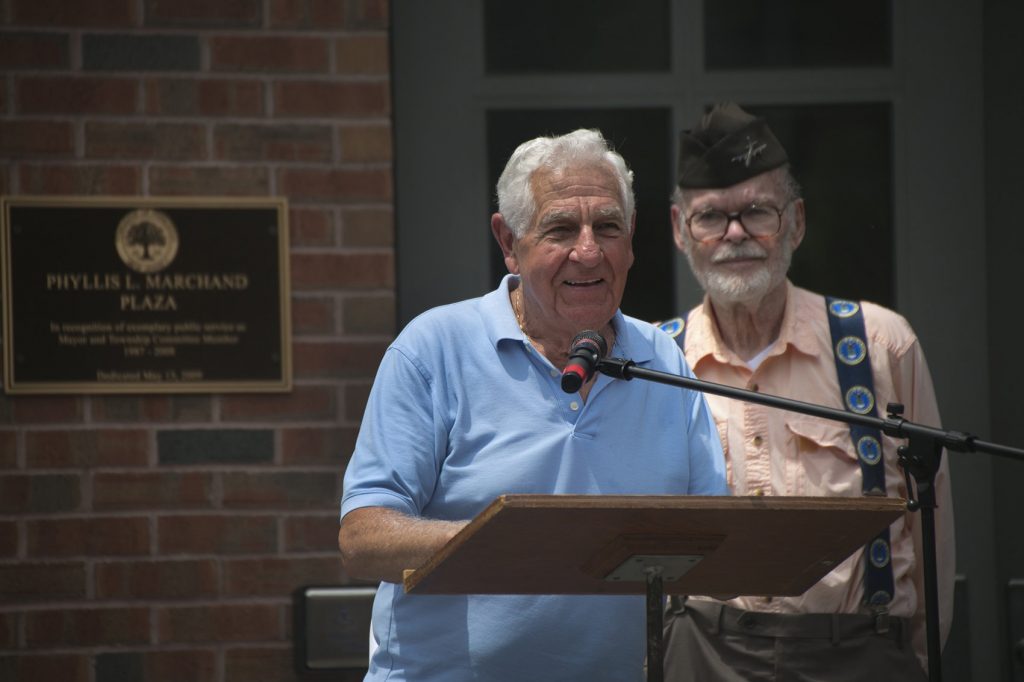 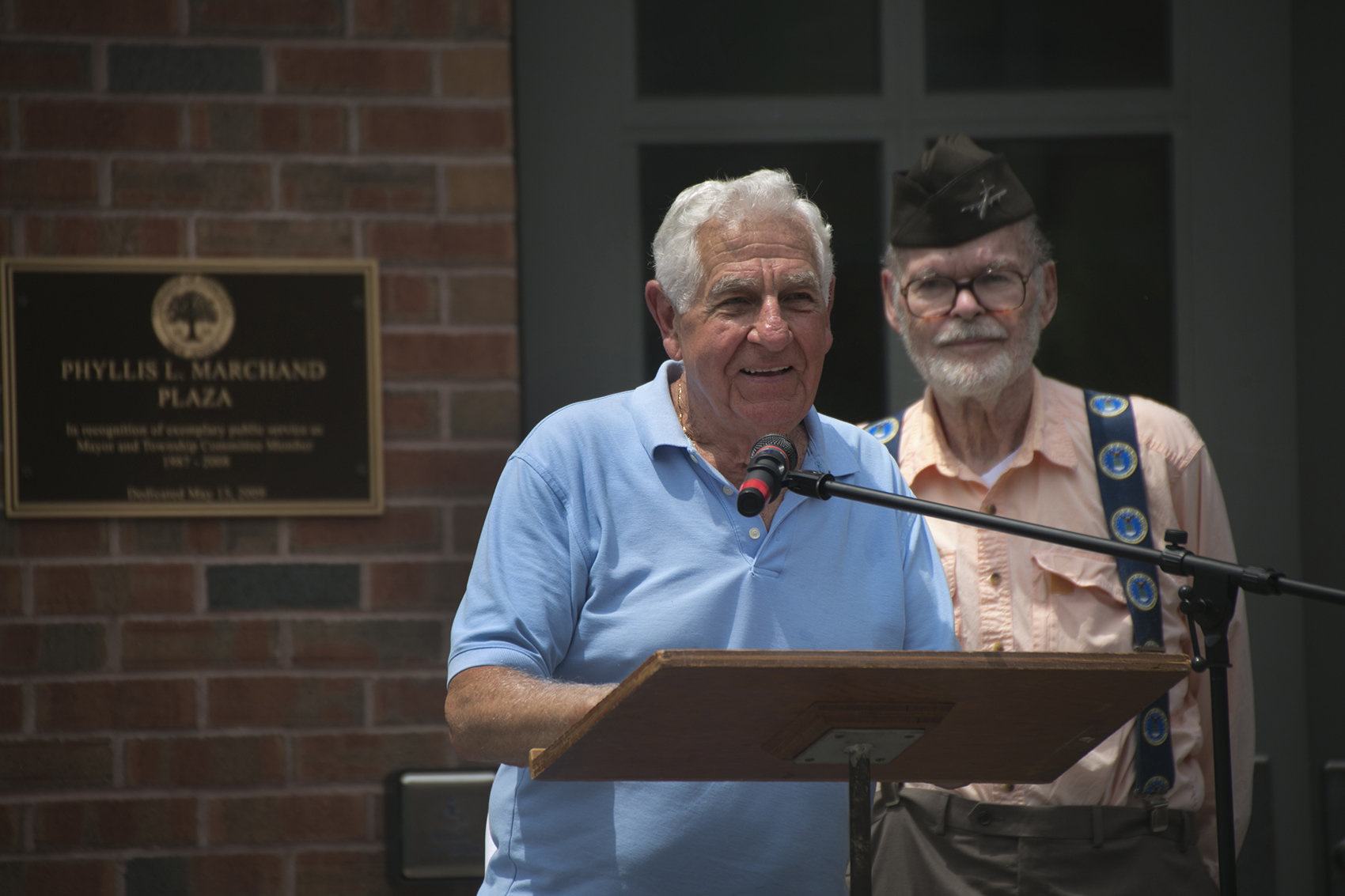 Some called them Princeton’s odd couple.

But their mismatched personalities and backgrounds were a perfect match for Princeton, because the two of them spearheaded the establishment of The Spirit of Princeton Initiative, a 22-year-old community project producing patriotic themed events in Princeton, such as the Memorial Day Parade, Veterans Day Ceremony and Flag Day Commemoration.

Princeton residents Herb Hobler, who died last week, and Ray Wadsworth, who died last year, jointly founded The Spirit of Princeton, by exhibiting different styles of persuasion. They shared one common trait – a fierce and unequivocal commitment to honor the nation’s military, to bring the community together in civic pride and to create a vehicle ensuring that the Princeton community would have the resources to implement this commitment.

Their differences and what they accomplished in their lives, however, reflect the Princeton characteristic that has appealed to me for the four decades I have lived here. People work together for the benefit of the community – regardless of socio-economic backgrounds, race or religion.

Wadsworth, about whom I have written often in this column, won supporters with effusive and contagious passion. He personified “the spirit” of The Spirit of Princeton. Many living in town today may be unaware that the 2,000 bricks in Tiger Park are Spirit of Princeton donor bricks – and most of these bricks were the result of Wadsworth’s tireless efforts to raise money one brick at a time.

Wadsworth, with little formal education, became a very successful business entrepreneur and served a term on Princeton’s Borough Council. Even though at the time I was a single mom raising two children, Wadsworth’s infectious passion and earnest argument – about supporting the community and the men and women willing to sacrifice their lives for me and my kids – won me over and got me to buy two bricks.

Hobler, a Princeton University-educated (class of 1944) entrepreneur to whom I dedicate this column, didn’t have to “win over” donors per se, because he simply gave his friends and acquaintances no choice about donating. A donation to The Spirit of Princeton was the 11th Commandment. Thou Shalt Support our Troops. Period. The end. It is the right thing to do and no one shall violate the holy law.

I last spoke to Hobler three years ago, when he was 93 years old. We chatted about how the diminishing Spirit of Princeton endowment threatened the existence of the Memorial Day Parade, Flag Day Ceremony and Veterans Day Ceremony.

“I can not allow that to happen,” Hobler said, who was willing to forgo the expensive fireworks, but the other events, particularly the parade, “had to exist.”

The WWII veteran explained how in the beginning, he “raised $140,000 from seven wealthy Princetonians. Those donations with the revenue from the bricks created an endowment of about $320,000 that was deposited with the Princeton Area Community Foundation. … But over the years, the endowment kept decreasing – all spending and no fundraising – and I decided I had to do something about the situation. … I realized that the endowment had to be in the range of $200-220,000 in order to break even (and be sustainable enough to keep implementing the Memorial Day Parade, the major expense and the other two events – Flag Day and Veterans Day. Therefore, I have been raising money again,” Hobler said to me.

Personal phone calls and personalized typewritten letters on real paper (he still had a typewriter) brought in $50,000 (including one $25,000 gift) from 33 individuals over the course of a few weeks, and he raised an additional $45,000 during the subsequent few months. There was no physical arm-twisting – it’s hard for a 93-year-old to twist arms. The effort was always a no-nonsense, focused, compelling ask that left no way to say “no.”

Hobler’s obituary chronicled a life of record-breaking accomplishments characterized by steely determination. “A dedicated Princeton Tiger to the end, Herb showed his stripes when he attended his 75th Princeton reunion this year. It was his 73rd reunion in a row. A trustee candidate of Princeton University in 1969, he was honored in 2003 with the Princeton Alumni Service Award. He chaired many of the class of 1944 reunions, and likely also saw more Princeton basketball games (over 870) over 70 years than anyone else….”

At the Nassau Club, Hobler was chairman of the speaker program for many years, and was responsible for bringing more than 1,000 speakers to the club’s weekly luncheons.

Hobler loved to walk – in the P-Rade and beyond. As chronicled in the book he authored “Walking: A Moving Experience,” Hobler loved the mental and physical benefits of walking and took pride in measuring his walking accomplishments. In a profile published in 2007, Hobler noted that since 1982, he had walked 6,205 consecutive days. He never missed a step even on vacation – walking up and down the aisles of an airplane and on the upper deck of a cruise ship.

Few people can walk in the shoes of Ray Wadsworth and Herb Hobler. But The Spirit of Princeton current co-chairs Mark Freda and Kam Amirzafari hope members of a younger generation will be inspired to step up to preserve such an important Wadsworth/Hobler community vision.

The Spirit of Princeton Fund is a fund of the Princeton Area Community Foundation (PACF).  www.spiritofprinceton.org.