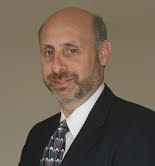 There are at least 5 million people currently living with age-related dementia in the United States, according to a report from the Alzheimer’s Association. The publication goes on to estimate that that one out of every six women and one out of every 10 men, living past the age of 55 will develop dementia.

Not a specific disease, dementia is a general term used to describe the symptoms most often associated with a decline in memory or thinking skills. In most cases, this means a severe reduction in the individual’s ability to perform everyday activities. Memory loss, confusion, problems speaking and writing, and the difficulties in planning, solving or understanding problems or visual information are just a few examples.

Alzheimer’s disease accounts for approximately 60-80% of these cases and oftentimes is caused by damaged brain cells that lose the capability to communicate with each other. The varying forms of dementia are typically associated with the type of cells and brain regions experiencing the problems.

Although research is still ongoing, the Alzheimer’s Association recently reported that regular physical exercise and its ability to directly increase the brain’s blood and oxygen flow can help to lower the risk of Alzheimer’s and vascular dementia. The UK-based Alzheimer’s Society seconded this position when it stated that “of all the lifestyle changes that have been studied, taking regular physical exercise appears to be one of the best things that you can do to reduce your risk of getting dementia.”

In fact, the Alzheimer’s Society combined the results of 11 separate global studies to find that regular exercise (exercise that increases your heart rate) can significantly reduce the risk of middle-aged or older adults “developing dementia by about 30%. For Alzheimer’s disease specifically, the risk was reduced by 45%.”

According to the Alzheimer’s Association, a literature review of 26 studies focused on the effects of physical activity on brain function in people aged 60 or more found “a clear link between physical activity levels and cognitive performance, suggesting that exercise might be an effective way to reduce cognitive decline in later life.”

Generally, this means some form of aerobic exercise performed for a sustained period, several times a week for at least a year. For instance, organizations like the American Heart Association (AHA) recommend 150 minutes a week of moderate exercise as a baseline for controlling weight, fighting disease, and improving mood and sex lives. Others recommend two to three days-a-week of cardio interspersed with two-to-three days of weight training for making a real difference, especially one that’s noticed at the beach or pool.

Some people like to run. Others play tennis, bike or swim. The truth is that what you do is less important than the pleasure you derive from the activity. Unless you’re a competitive athlete training for the next game or big event, there is no set way to go about it. Just find something you like and do your best to do it every day or every other day. You can even mix and match. Walk one day. Take an aerobics class the next. Find some time to lift weights in between.

The trick is finding what you like and staying with it. Another is to stop viewing exercise as a chore. Look at the time you spend on yourself as an indulgence that will benefit both your mind and body.

For more information on creating better, fitter and healthier lives for the entire family, call the Plaza Chiropractic Center at 732-723-0023 or visit www.plazachiro.com.

Dr. Ira A. Shapiro is the director of the Plaza Chiropractic Center, which he founded in Old Bridge in 1984. Recently selected to the American Chiropractic Association Sports Council (ACASC) Hall of Fame and a two-time member of the U.S. Olympic team medical staff, Dr. Shapiro has spent the past 35 years providing safe, gentle and effective chiropractic care to tens of thousands of patients ranging from community members to professional athletes competing at the world’s highest levels.