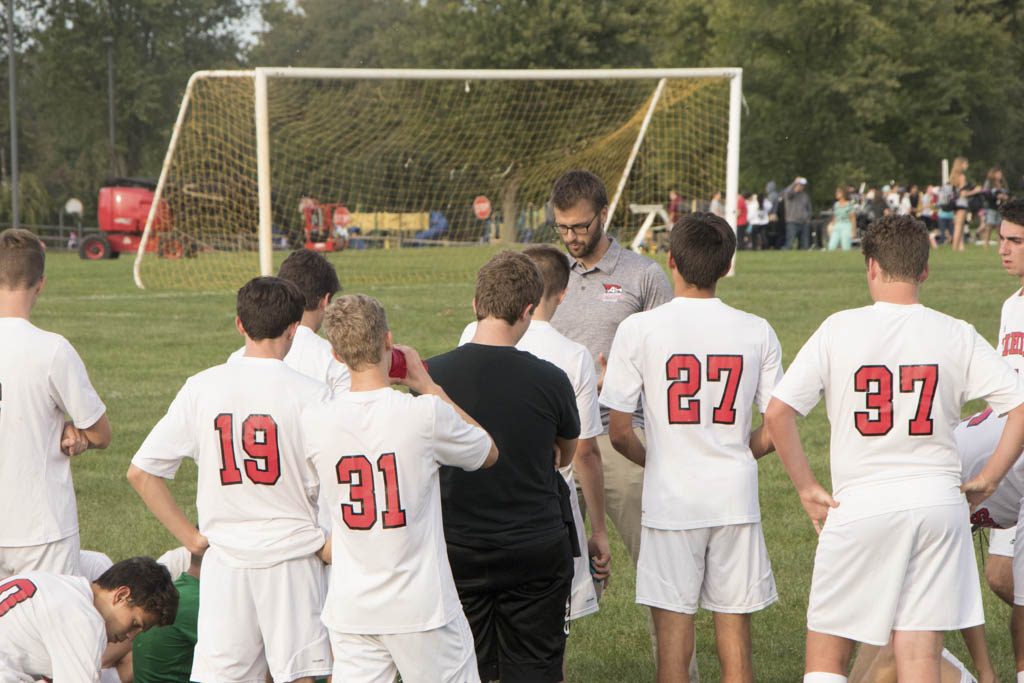 But the Redbirds’ coach, Andrew Plunkett, thought the team had a down year defensively.

He felt that standout goalkeeper Sam Parker, and the Redbirds as a team, should have had more clean sheets—and victories.

Allentown finished 9-6-3 and lost in the first round of the NJSIAA Central Jersey, Group 3 sectional tournament.

Plunkett is expecting better in 2019.

With Parker returning and a new, improved defensive group in front of him, Plunkett will probably be right. Allentown could have one of the best defensive groups in central Jersey, and that will have a positive ripple effect on the rest of the club.

On Sept. 5 at 4 p.m., Allentown will play as the host to Hamilton High School West in its season opener.

Eight Allentown starters are back from last year’s solid team, including Parker, a 6-0 senior with elite leaping ability. But it’s two of the new starters who Plunkett is most excited about.

Senior center back Matt Lunski is healthy after missing all of last season with an injury. Junior outside back Jack Dendler is up on varsity after playing well for Allentown’s junior varsity squad a year ago.

Those two additions, plus a returning starter in center back Jack Beranuto, should solidify Allentown’s back line, which was shaky last fall. Due to injuries, Allentown had to use players out of position on defense.

With some injury luck, that won’t happen again this fall. Injuries can happen, but Allentown is at least starting out with a talented back four.

If those players stay healthy as a group, Parker could have an All-New Jersey season.

“They are all defenders that I trust,” Plunkett said.

“We also have more height this year,” he added. “We allowed a lot of goals on crosses and set pieces last year.”

If Allentown’s defense is better, it won’t need much offense to win games. But it still may get a lot.

Allentown scored just 23 goals in 18 games last fall. With Ford, Monahan and McCormick returning to attacking roles, it should score a whole lot more in 2019.

“We’re expecting our tall defenders to score off set pieces, too,” Plunkett said. “I think we’ll get goals from everybody.”

Connect those dots and you get quite a picture. This fall, Allentown may have a standout goalie, a stout back line and a dynamic attacking group. That is everything a soccer team needs to achieve great success.

The Redbirds may do that this fall. They even have three other starters, midfielder Liam Fredericks, forward Jaden Bonavita and forward Noah Mason, returning as well.

“We’re more mature and the guys are back in their natural positions,” Plunkett said. “It’s looking good.”