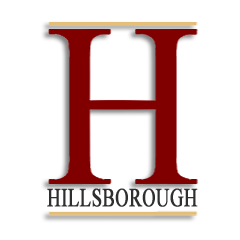 The Hillsborough Township Board of Education recently announced that it is still in the midst of negotiations with the Hillsborough Education Association (HEA) to reach a contract settlement.

Hillsborough Township Public Schools officials released a statement on Aug. 27, which updated the school district on the current status of the negotiations. After approximately five months with more than six meetings of direct negotiations conducted, school board officials said that the parties have been attempting to reach a voluntary agreement.

Officials have in said in previous statements that the negotiations hindered over multiple topics such as salary increases, longevity, employee health insurance contributions, restructuring of the existing work year to allow for additional teacher training and student orientation, the workday scheduled for part-time staff and tuition reimbursement.

“[We] were unable to reach a contract settlement after five months of direct negotiations and two sessions with a state-appointed mediator that combined to more than 14 hours of continued negotiations,” Michael Callahan, director of human resources for Hillsborough Township Public Schools, announced in a statement. “The second mediation session was scheduled for Sept. 12, but at the HEA’s request and with the cooperation of the mediator and the board’s Negotiations Committee, the session was scheduled for Aug. 14.

School board officials said that while “some progress” was made during these sessions, both parties were unable to reach settlement on a number of critical issues, including salary, the work day for part-time employees, tuition reimbursement criteria and the length and content of professional learning communities.

On Aug. 14, officials said that the board made several proposals and counterproposals, all of which included competitive salary increases for all of its employees. Although officials said that the board was “optimistic” that a contract settlement could be reached at the second mediation session, the HEA did not change its prior bargaining position and forced the mediation session to end because it declined to make any counter-proposal to the board for settlement.

“As to where we proceed from here, that decision is now in the mediator’s hands and largely depends on whether or not he feels that another session will be productive,” Callahan’s statement read. “If he does not, then the contract dispute will be sent to fact-finding, which is a formal, but non-binding process that requires that a state-appointed fact-finder conduct a hearing, consider the parties’ last best offers, and make recommendations for the terms of a settlement.

“This process will likely not conclude until well into the school year. For these reasons, the board hopes that the HEA will return to the mediation process with a commitment to settlement, which requires compromise and a mutual exchange of proposals. If the HEA expresses a willingness to do so, then there may be another mediation session on Sept. 12. Otherwise, it appears that the dispute will likely be sent to a fact-finder,” Callahan explained.

Outside of negotiations, the HR director did note that the district and HEA have made multiple collaborative efforts aimed to benefit the Hillsborough community. Callahan said that the school board is participating with the HEA in a Rutgers’ Labor Management Collaboration Initiative, and were among the first districts in the state to do so.

He also said the board said responded last year to the HEA’s concerns about Aetna’s health plan and customer service to its members, and switched back to Horizon in the middle of the year.

The board and HEA also initiated a “Boro Pride” project to gather government and community groups in collective efforts on behalf of Hillsborough, according to Callahan.

“The board values the employees’ contributions to the district’s outstanding educational and extracurricular programs,” Callahan said. “However, this must be balanced with all of the district’s educational priorities and the impact of these costs on the taxpayers of Hillsborough in light of the serious financial challenges the district is facing this year and beyond.”

The HR director said that as the negotiation process is planned to move forward, the board continues its “commitment to working cooperatively” with the HEA and remains optimistic that a voluntary settlement can be reached without resorting to a protracted and costly fact-finding process.

The HEA’s contract expired on June 30. However, the employees continue to work under the expired agreement and continue to receive their salaries, medical insurance, sick days, and all of the other benefits of the expired contract.