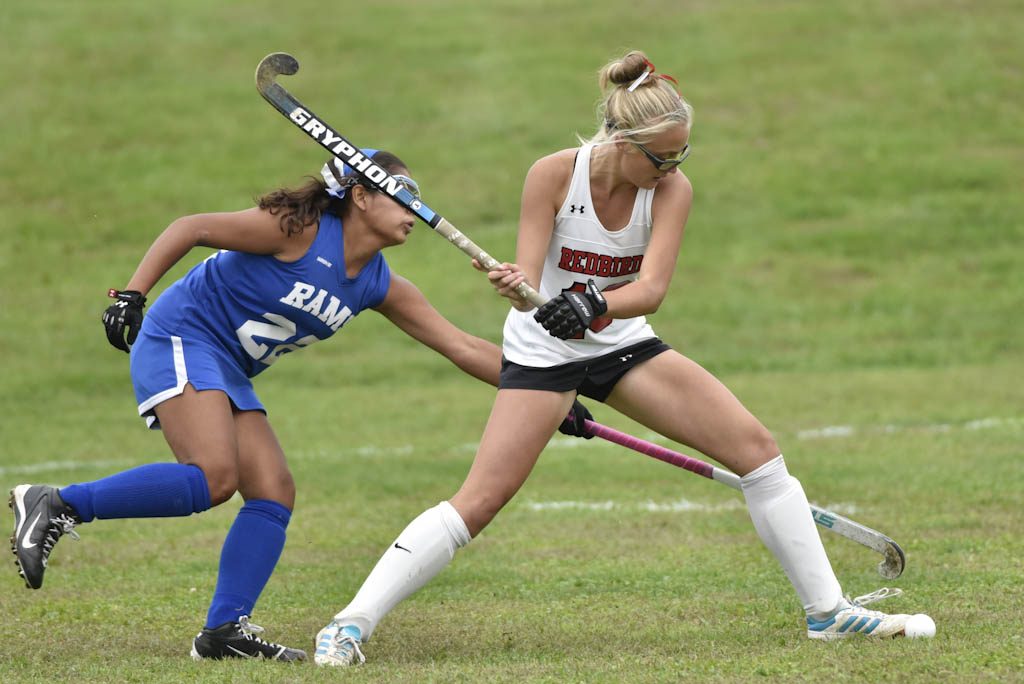 But then the veteran coach returned for the 2017 season, after the incumbent coach, Dana Wells, stepped away on maternity leave.

Then last summer, Wells took over as Allentown’s girls’ basketball coach and gave up the field hockey job for good, so McCarthy came back yet again.

Now the Allentown institution is returning once again for the 2019 campaign.

Only now she finally has a clear succession plan, one that looks likely to work out for all parties for years to come. McCarthy will co-coach the 2019 Redbirds with one of her former players, Dana Schleider, a 2002 Allentown graduate, a longtime volunteer assistant in the field hockey program and a learning consultant at Stone Bridge Middle School in the Upper Freehold Regional School District.

Schleider is devoted to the district, the area, the community, and playing for McCarthy from 1998-2001 was a formative experience in her life. The new boss is excited to coach with her mentor this fall and to take over in the long run.

“This program taught me so much, how to be responsible and respectful,” Schleider said. “And now my life is built around this district and giving back to a program that has meant so much to me.”

“I couldn’t imagine not being a part of it moving forward,” she explained.

“We try to teach the girls that it’s not just this season or next season and then never come back,” McCarthy said. “It’s a program, a legacy, a family.”

“We want to pass that onto this group, too,” McCarthy added.

Over the last two years under McCarthy, the Redbirds went 26-12 and reached the state sectional semifinals both years.

They have always been good, and they will have a chance to continue that tradition in the first year of the Schleider era. Allentown has three returning starters in midfielder Morgan Vaccaro, midfielder Erin Murphy and forward Gabrielle Leach.

They were all productive varsity players. Now they are taking on essential leadership roles, too.

“Things are looking good,” Schleider said. “The girls have been practicing hard.”

“The upperclassmen are doing a nice job helping to develop the younger kids, sharing everything they’ve learned over the past few years,” McCarthy reported.

Other than that trio, Allentown has a young team. But that was never an excuse under McCarthy, and it won’t be under Schleider, either.

“We want to start tackling one thing at a time,” Schleider said. “We hope to be in the mix for the Mercer County Tournament and for states.”

The Redbirds will play as the host to Hamilton High School West in their season opener, on Sept. 5. The opening face off is set for 4 p.m.

“We have a pretty good shot,” Schleider said. “The young kids are eager and learning a lot.”