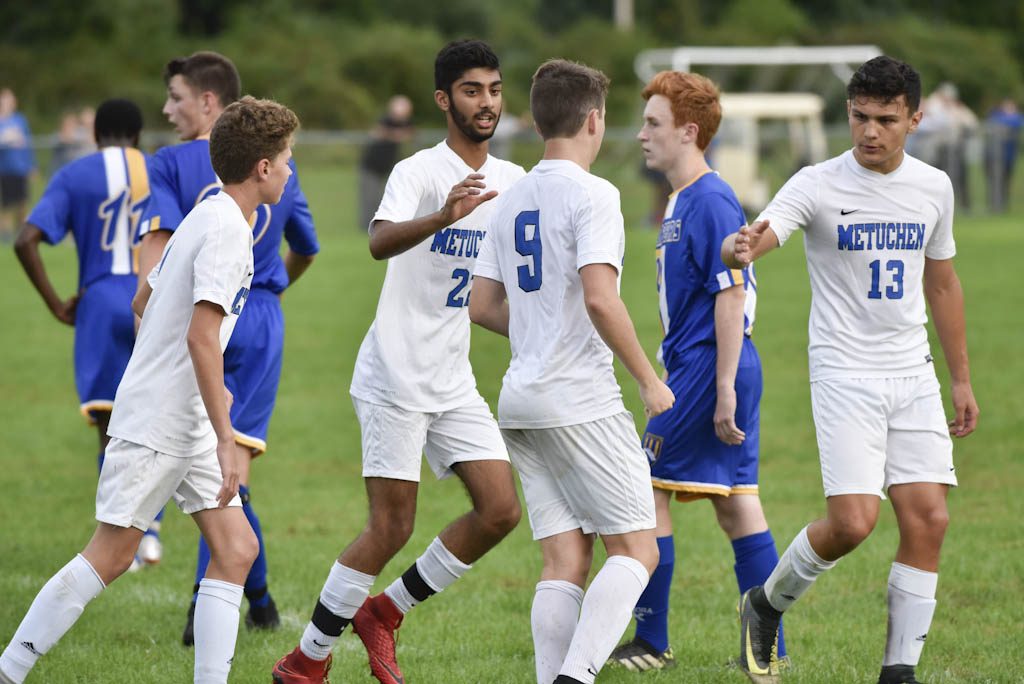 That is basically the theme for the 2019 Metuchen High School boys’ soccer season.

The Bulldogs lost eight starters and 15 total seniors from their 2018 team, which went 8-5-3 and lost in the first round of the NJSIAA Central Jersey, Group 2 sectional tournament.

The graduations give Metuchen’s coach, Ed Albanese, a chance to reset his lineup for 2019. But the coach still expects Metuchen to “compete with everybody and play good soccer at a high level,” he said.

You would expect an upbeat high school coach to say that before any season, but Albanese was not just blowing smoke. He is entering his fifth season as Metuchen’s coach, and the Bulldogs finished above .500 in each of his first four years.

Albanese also has three crucial defensive starters back from last year in goalkeeper Giocomo Spasiano, center back Arun Subramian and defensive midfielder Justin Wentnick, so the Bulldogs will at least be able to stay in games and give themselves a chance.

Metuchen will begin its 2019 season on Sept. 4 at home against Piscataway Vo-Tech. The opening tap is scheduled for 4 p.m.

“This is a fresh start at a lot of positions,” Albanese said. “But our expectations are similar to last year.”

Spasiano, Subramian and Wentnick will legitimately give Metuchen a chance to win every game. They are all elite defensive players and multiyear starters. Last year, with those three in central roles, the Bulldogs allowed just 19 goals in 16 games.

And they should get even better in 2019.

Spasiano and Subramian are third-year starters. Wentnick was Metuchen’s best midfielder as a sophomore last fall, constantly poking the ball out and kicking it back up field.

“Those are our only three guys with a lot of experience and they are stepping to the forefront as vocal leaders, too,” Albanese said.

Metuchen was a decent team in 2018, solid on both ends of the field. It only allowed those 19 goals and it scored 33, an average of slightly more than two per game.

Albanese expects a step up from his defensive unit. If that happens, the coach won’t need his offense to be quite as good. Just good enough.

Luckily, the cupboard is not completely bare, either. Seniors Luke Rivera and Jon Davis saw a lot of time last fall, just not as starters.

Rivera, though, was one of the most productive bench players in central Jersey, notching five goals and five assists. He will have to be the guy in 2019, and Albanese thinks he can be.

“Luke and Jon are our highest level technical players in terms of skill level,” the coach said. “They are two players that love the game and will fit into the starting lineup for sure.”

The rest of the roster is inexperienced. But Albanese has built a consistent winner in Metuchen, and it regenerates itself at this point.

The coach did not need to tell Spasiano, Subramian and Wentnick to take control of workouts and practices in the offseason. They just did it, and their younger teammates followed their consistent example.