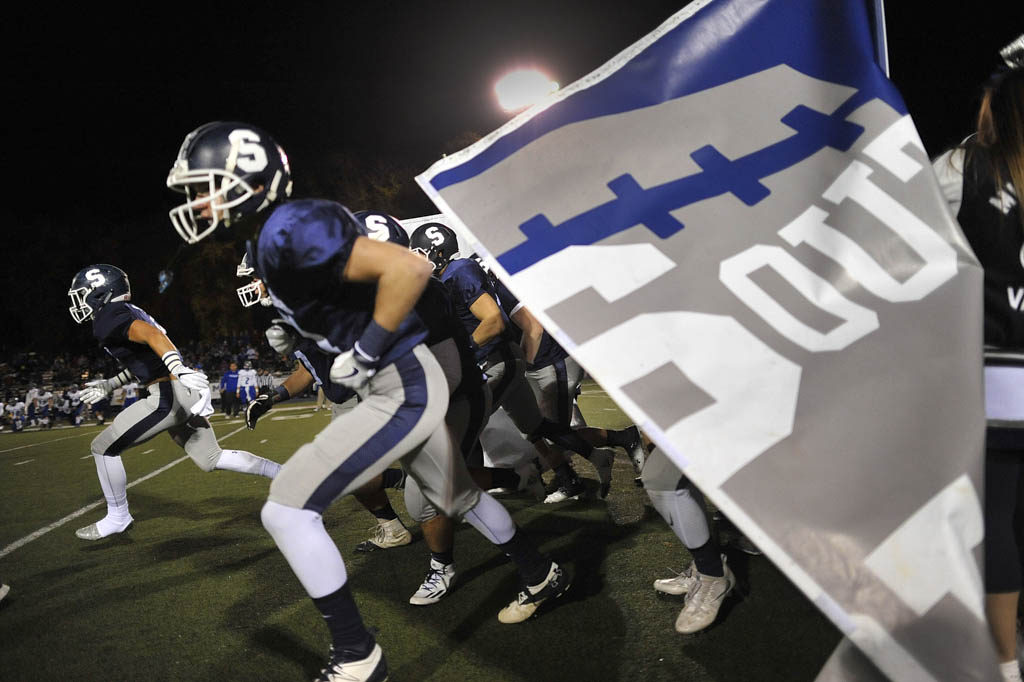 And it should be a really good team again this fall, too.

Most of the key players from that team are back for 2019, and ready to replicate and perhaps even build on their success.

Condito and the Eagles will kick off their 2019 campaign on Sept. 6 at home against Manalapan High School. The game will start at 7 p.m.

“I like the chemistry of the team,” said Middletown South coach Steve Antonucci. “It’s starting to come along on both sides.”

Antonucci, who is entering his 22nd year as Middletown South’s coach, likes to run an old school offense in the triple option. Condito will again be the fulcrum of that attack in 2019.

But he will also have two great athletes next to him in the backfield in Chris Lotito and Matt Krellin, who are both third year starters in the defensive secondary. They are not as experienced at running back, but Antonucci thinks their athleticism will make up for that.

“Both are exciting kids to watch,” the coach said.

The triple option depends on big, powerful offensive linemen, and Antonucci has three of them back from last year. Tackles Nick Bonfiglio and Tom Nielnikiewicz are third year starters. Center Tyler Kline didn’t start last year, but he played a lot.

“Having guys with experience in this offense is huge,” Antonucci said.

On Middletown South’s offense, only one spot does not have an experienced returner, and it’s the most important spot: Quarterback. Athletic senior Trevor Brey graduated after last season.

But his replacement, Vinny Bonavita, is a good enough runner to play in the triple option and a good enough passer to keep defenses honest. The senior will also be hungry to make the most of his one opportunity to start.

“Breaking in Vinny will be a process, but he has the ability to do what we need him to do,” Antonucci said.

In the linebacking group, T.J. Latore and Joe Stanzione both started last year. And in the secondary, Lotito and Krellin are playmaking safeties, and Tyler Cuccia and Luke Albrecht are cornerbacks with varsity experience. Cuccia is a 6-1 shutdown corner. Albrecht is more of an athlete who likes to try and make plays on the ball.

“The defense is coming along,” said Antonucci, who is modest. “But we feel pretty good.”

“If we play good defense and the offense does what it does, we’ll be in every game and have a chance to win,” Antonucci said.