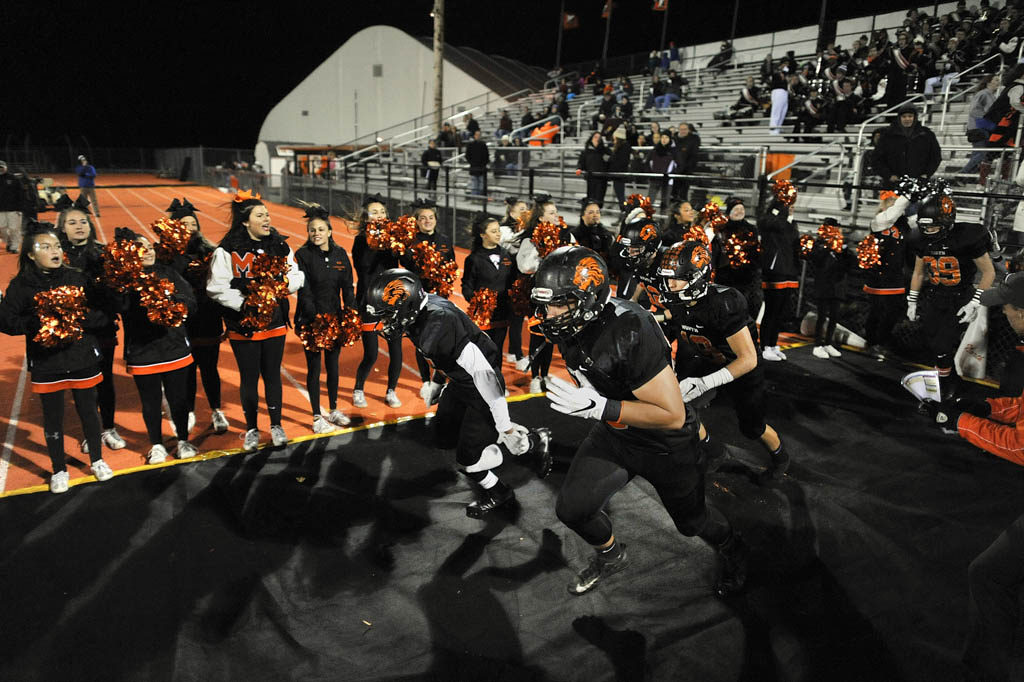 “The offensive line is a strength,” Bush said.

And in football, that’s a start–one that can make a coach quite confident.

By controlling the line of scrimmage, Middletown North will have a chance to score points and win games in 2019. The Lions opened their new season with a 23-10 home loss to Wall High School on Sept. 6.

In the Wall game, the Lions played their spread offense with multiple formations, and they will keep doing that throughout the fall. It’s an offense that requires fast, athletic linemen to control the line and then get downfield to block second level defenders.

Now, Middletown North only went 2-8 last year, and it scored just 19 points per game. But the linemen did at least open holes for a variety of players to score, and that’s a key to any spread system.

Kanski, Kelly and LeTual have proven that they can anchor a spread attack with a host of versatile options. Now they just have to get better at it.

Bush thinks they can, and are doing so already.

“They are showing leadership and knowing who to block in various fronts, how to protect and run block,” the coach said. “I think we’ll do a good job with all that.”

The linemen will give the Lions a chance to stay in games. But the skill guys will have to zig zag the team across the goal line.

Luckily, two of those skill players from last year, Anthony Soto and Matt Spencer, are back for their senior season in 2019.

Soto will move to running back in 2019 because “he’s our best athlete and we have to get him the ball more,” Bush said. Spencer got faster in the offseason and “can make people miss,” the coach added.

All five of those key players, the linemen and the skill guys, are seniors. So is new starting quarterback Nick Ferreira. So are linebackers Eddie Farrell and Travis Thompson, Middletown North’s defensive leaders.

They will all be extra motivated to improve on Middletown North’s 2-8 record from last fall. And if the Lions control the line of scrimmage on a weekly basis, they should improve on that 2-8 mark.

“We’re excited,” Bush said. “These kids work hard and are determined to get back on track.”