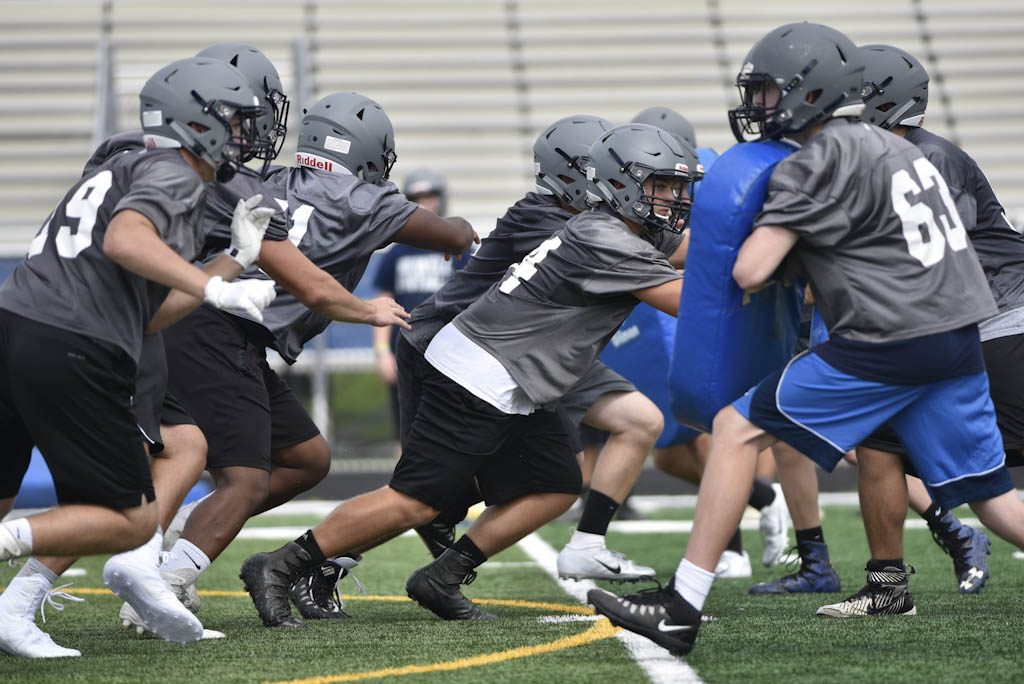 But the rest of the campaign was difficult, as the Rebels lost nine straight games and eight by double digits.

This year, though, Howell’s coach, Luke Sinkhorn, is confident that his Rebels can improve. Sinkhorn has six starters back on offense and seven on defense, including a trio of second year captains in quarterback/defensive back Jason Caston, wide receiver/defensive lineman Sean Murphy and two way lineman Justin Wright.

A group of high school athletes are usually much better in their second year together. Howell’s coach is counting on this conventional wisdom to come true.

The Rebels kicked off their regular season on Sept. 6 at home against Toms River High School East, losing narrowly, 21-19.

“The Howell Rebels are hungry to avenge last season’s record,” Sinkhorn said. “Many Rebels gained valuable experience and are eager to put to use the hard work they put in in the offseason into successes on the gridiron.”

Sinkhorn thinks this Howell team has two strengths: Caston’s leadership and experience across the roster.

As a dual threat quarterback, Caston produced eight touchdowns and 1,505 total yards in 2018. Defenses had to respect him, but they also got to him at times, forcing him to throw 14 interceptions.

One of Howell’s starting running backs from last year, senior Vaughn Meehan, is also back for this fall. Plus Caston’s line features three seniors in Wright, Joe Berenger and Brandon Regins and a junior in Cole Iandoli.

So the quarterback should have plenty of help.

Howell’s defense could also be much improved. The unit is getting back four of its five leading tacklers from last year.

Regins and returning linebacker Nick Cerulli were legitimate standouts who could have started for any team. Regins posted 43 tackles and eight tackles for a loss in 2018. Cerulli racked up 50 tackles and three for a loss.

Meehan and Iandoli will join Cerulli in the linebacking corps. Berenger and Wright will make up the rest of the defensive line along with Regins. And seniors Kyle Tash, Trevor Curnal, Eli Guzman and Mike Cincotta are all back in the secondary.

All those players either started or saw significant time on defense last year.

Howell really does have a ton of experience. It even has some talent. Caston, Berenger, Wright and Regins are all collegiate prospects.

Now the Rebels just need to get over the psychology of last season.

And that sticks with players. In 2019, the Rebels will have to grow to believe they can win games.

Sinkhorn thinks they are already doing that.

“With a focus on leadership and culture the team is more solid than ever and ready to compete every day to get better,” the coach said.

“The captains are set to lead the Howell Rebels to a successful 2019 campaign,” he claimed.