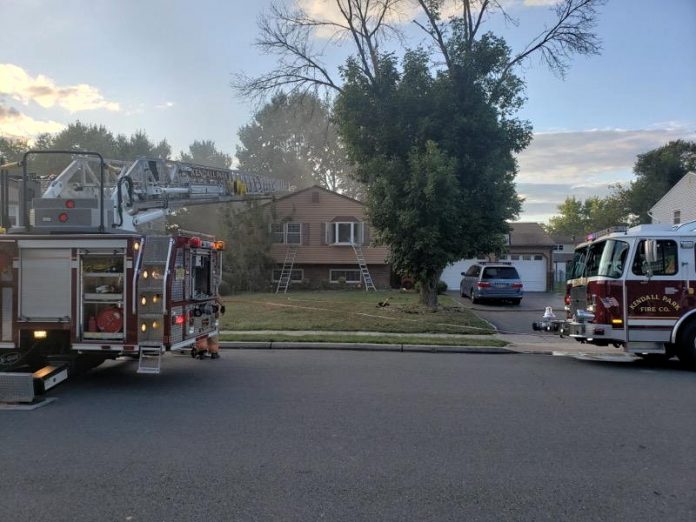 SOUTH BRUNSWICK – A fire and subsequent gas leak on Sept. 7 has displaced a family with three school-aged children.

The fire was reported at 6 p.m. on Kory Drive. When officers and firefighters arrived they found smoke coming from the top floor of the two-story home, which had already been evacuated, according to information provided by the South Brunswick Police Department.

The Kendall Park Fire Department arrived and contained the fire to one area of the residence. While in the home firefighters discovered an active gas leak and were forced to back out of the residence, according to reports.

Firefighters and police officers evacuated 20 homes near where the fire was while they waited for PSEG to come secure the gas line. After the gas was turned off, firefighters went back into the home to make sure the fire was out, police said.

“There were 55 firefighters on scene and they were able to quickly put out the fire but had to wait for the gas to be shut off to be sure.” Kendall Park Fire Chief Chris Perez said in the statement.

The home suffered extensive damage and was left uninhabitable. The family was staying with relatives as of press time, according to reports. The cause of the fire was not suspicious but the exact cause will be determined by the South Brunswick Fire Marshal.

Donations for the family can be submitted at www.gofundme.com/f/sah86-fire-recovery-fund.