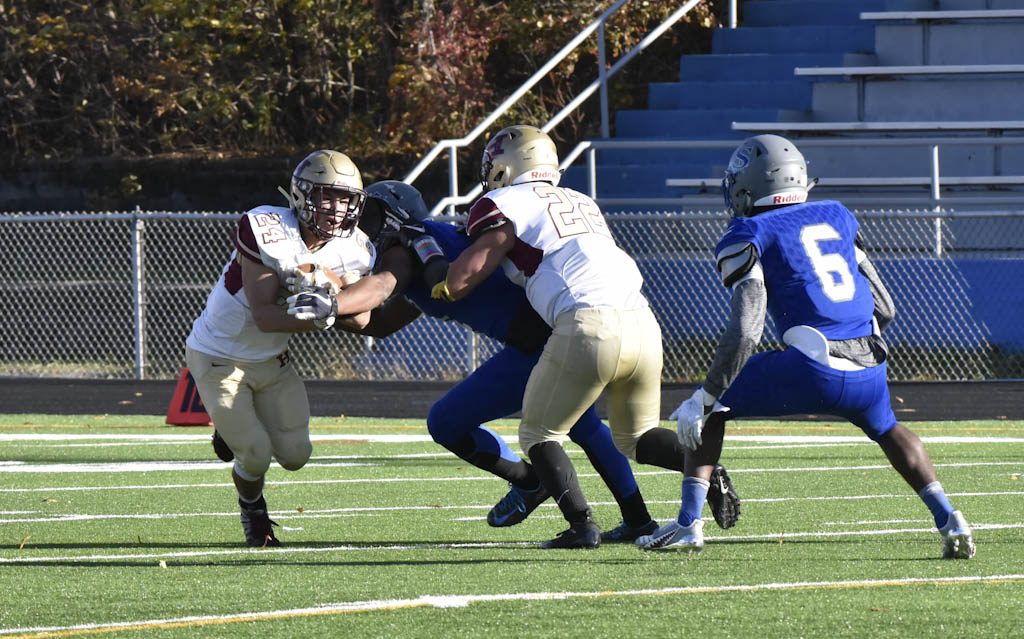 Sean Levonaitis went off at Hillsborough High School on Sept. 6.

The running back rushed for 151 yards and three touchdowns to spark Hillsborough’s 34-0 season opening victory over Elizabeth High School. Levonaitis scored touchdowns of 19, one and 26 yards, respectively. He averaged almost eight yards per carry.

Most importantly, the junior looked healthy after missing three games last fall with an ankle injury. The 5-7, 165-pound back is one of the most explosive runners in central Jersey. He averaged 155.5 yards per game in six starts last fall, and he started 2019 with yet another great performance.

“He had a great season as a sophomore and now he’s back,” said Hillsborough coach Kevin Carty. “He got hurt in the middle of the year and still almost ran for 1,000 yards.”

Hillsborough is 1-0 with a 34-0 point differential. But the Raiders also got off to a hot start in 2018, going 3-0 before a four game losing streak and Levonaitis’ injury derailed their season.

Carty’s club still made the NJSIAA Central Jersey, Group 5 sectional playoffs, but it lost in the first round at the eventual champion, Sayreville War Memorial High School, 42-7.

“We were young,” Carty said back in August. “It was a good season to build on for this year.”

Levonaitis’ health will go a long way toward determining Hillsborough’s ultimate fate. But everyone else is a year older and better, too, and that showed against Elizabeth.

It was a team victory in every way. Hillsborough won the first down battle, 16-3, and the total yardage battle, 402-67. Carty’s defense recorded three interceptions, three sacks and held Elizabeth to a two for eight clip on third down.

Senior linebacker T.J. Schultz posted two tackles for a loss, an interception and a pass break up. Sophomore cornerback Thomas Amankwaa picked off two passes and broke up two more. Senior defensive tackle Jon Seaton had a tackle for a loss and a sack.

Carty sent around the game’s box score to a media email list after the game, and he must have loved doing that, because it was a beautiful box score for the Raiders. It reflected both all around dominance and another crucial characteristic for a championship contender: Contributions from a bunch of different classes, from a senior like Ramsey to a junior like Levonaitis to a sophomore like Amankwaa.

Hillsborough looks really good, perhaps even great. It will aim for the 2-0 start on Sept. 13 against Bridgewater-Raritan High School. The Raiders will be at home for the second straight week to open the season.

“But there is still a little bit of uncertainty,” he added.