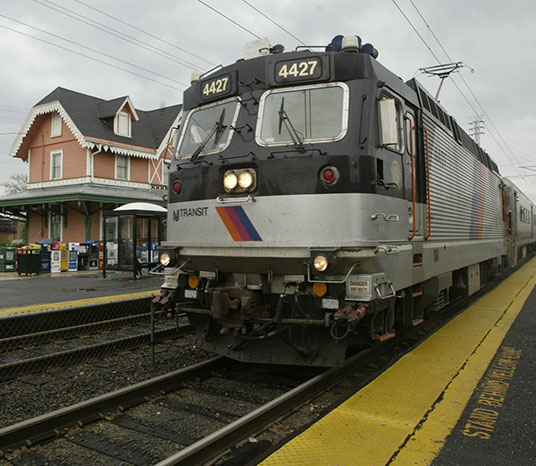 NEWARK – With all the significant bustle in the Avenel section of Woodbridge, NJ Transit is expanding weekday service by more than 40% and adding a full schedule of weekend service for the first time in 34 years, according to NJ Transit officials.

The service enhancements were announced on Sept. 5 and began on Sept. 8.

Kevin Corbett, NJ Transit president and chief executive officer, said they listened to community requests and ridership growth and delivered. The service line in Avenel has not seen a full weekend schedule since April 1985.

“This expansion of service for our Avenel customers will spur economic growth in and around Woodbridge and improve quality of life for the hundreds of customers who use this station every day,” Corbett said. “It’s also a great example of our new strategy to ‘Engage, Inform and Improve,’ which has us being far more responsive to customer requests and concerns. In this case, our customers asked for more service.”

Eleven years ago, residents saw an abandoned dilapidated factory as they traveled up and down Avenel Street. Today, the site is home to a vibrant village centered around arts and culture.

Officials said the train station was the other cornerstone of the project with direct access to the North Jersey Coast Line where residents can either be in New York City or the Jersey Shore within 45 minutes.

The site includes a connection to the station and a new seating plaza where people can wait for the train. The anchor of the site is a 13,000-square-foot Avenel Arts Center, has brought in entertainment, joy and inspiration to the local residents and to the broader community.

“I would like to thank President and CEO Kevin Corbett and NJ Transit for the expansion of service at the Avenel Station,” he said. “Today’s announcement follows NJ Transit’s commitment to review ridership and the need to add additional stops that will better serve the Avenel Station Village commuters and visitors attending performances at the APAC.”

In anticipation of NJ Transit’s action to make Avenel a full-service station, McCormac said they expanded the availability of commuter parking at several parking centers in close proximity to the station and to the APAC.

“The expansion of service will not only spur a growth of economic activity at the APAC and Station Village, but for the entire Avenel community,” he said.

The new weekend service will include 21 stops each day on Saturdays, Sundays and holidays. Weekday service will be increased from 27 to 38 stops, primarily during midday and late evening hours.

The added services were implemented with the regular NJ Transit quarterly schedule adjustments for Sept. 8.

For the complete North Jersey Coast Line schedule, including the new weekend stops at Avenel, visit www.njtransit.com or download the NJ Transit app on the phone.