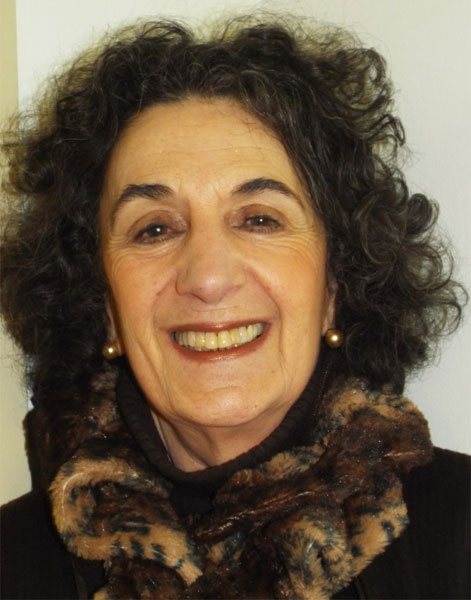 Phyllis Marchand is no newcomer to Princeton.

The former mayor of Princeton Township – and current influencer/advocate for the community’s numerous charities – first set foot on Princeton soil in 1966.

“I once was a real newcomer, ignorant of all things Princeton, and it was the YWCA’s Newcomers and Friends that saved me – befriended me when I was lonely and unconnected to the town,” said Phyllis, who is now known as Ms. Princeton Connectivity, having served 21 years on Princeton Township Committee (1987-2008), and 13 of those years as mayor.

Her “oldtimer” comments about the YWCA Newcomers were solicited on the occasion of the 60th anniversary of the group, which, in her opinion, played a big role in giving her the knowledge and confidence that several years later led to her leadership in Princeton local government. And those Newcomers connections and experiences continue to give her the comfort she needs to deal with the challenges she faces in her current job—defeating her very rare T-Cell Non-Hodgkin’s Lymphoma.

For 15 years, she has managed the disease – its remissions and reoccurrences – as a chronic disorder … “I just deal with it – and go on with my very full life,” said the mother of three children and grandmother of eight.

When native New Yorker Phyllis came to Princeton from Manhattan 53 years ago, “I felt like I was living in a foreign country. I had lived only in an apartment, had just learned how to drive and had a six-month-old child,” she said.

She and her husband, Sy, had a house on Cherry Hill Road with a septic system and no sidewalks. It was eerily quiet at night; the nearest neighbor seemed miles away compared to the spitting-distance neighbors she had in New York City.

In the midst of her unsettling transition from the city to the suburbs, she “thankfully” saw an advertisement in “The Princeton Packet” for the YWCA Newcomers.

“We only had one car, and my husband had to come home at lunchtime so I could take him back to work and use the car to go to my first Newcomers meeting. … It really transformed my life. I got involved in the Gourmet Group, the Bridge Group, the Book Review Group and in taking many excursions with my fellow Newcomers. I even led the excursions to New York City – I was a real expert on the city in which I was born and raised. I would drive the big YW van into the city and became the class mother leading several women who knew nothing about the city into an environment totally unfamiliar to them. They probably felt a little bit unsettled as I was when I first moved from the city to Princeton,” said Phyllis, noting how the Newcomers interest groups nowadays are incredibly expansive – something for everyone.

“I met people of all ages, from all over the world, in a variety of professions, with diverse interests, and diverse socio-economic backgrounds. The Newcomers took me out of my socio-economic and ethnic comfort zone and gave my life meaning,” she said.

She has remained connected to some of her Newcomers colleagues – even though many are living in places far away from Princeton, such as Chicago and San Francisco. Her YW involvement and new friends gave her a great appreciation for Princeton – and the depth of its resources. “Just look at recent ‘Friday with Friends’ programming as indicated on the website,” said Phyllis.

Featured were acclaimed speakers from business, political, civic and educational circles on such topics as: “First Ladies of the US,” “History of the Institute for Advanced Study,” “D & R Canal,” “Alice Paul – NJ’s Heroine for Equality” and “Up Close and Personal with Albert Einstein.”

“I also gained an enormous respect for the mission of the YWCA – its advocacy for women’s and social justice issues. In 1967, I never will forget my joining other YW participants in marching in Trenton for women’s abortion rights,” said Phyllis.

It was in a speech several years ago to members of the YWCA’s Breast Cancer Resource Center, offering support services for breast cancer patients and survivors, when Phyllis first spoke publicly about her lymphoma.

“It was very emotional for me, but very comforting that the members of the audience knew exactly what I was going through. And it gave me the strength to talk to everyone in an open and direct fashion about what was happening to me,” she said.

But being an effective speaker has been only part of Phyllis’ success. Many, particularly former Princeton municipal attorney Edwin Schmierer, noted her skill at listening to all opinions from residents regardless of political connections and co-workers, regardless of rank within the administration.

“It is so nice to hear people say that, but again, I attribute my listening skills to those early years in the Newcomers,” she said. “Listening and learning were key components to the Newcomers experience. To be successful in any endeavor, including in local government, you must have an open mind and be willing to listen and be able to put yourself in the other person’s shoes. You need empathy, and you also need to be able to make decisions.”

“Newcomers probably even made me a better marathon runner,” said the former mayor, who ran 19 marathons – 16 New York, two Boston, and one Philadelphia. “As a solo runner, I loved observing and listening and problem solving – again key elements of the Newcomers group dynamic. And for my most important job of wife and mother, Newcomers made me better at my most important job of wife and mother by providing stimulating intellectual and social activity, as well as advice from women who were my mother’s and grandmother’s age,” she said.

Still facing medical challenges. Phyllis said she chooses the organizations carefully in which she gives her energy, but her enthusiasm for Newcomers and the Princeton YWCA remains as energetic as ever.

“I have a fondness and respect for the Princeton YWCA that all began with my membership in the Newcomers. It met my needs so remarkably well 60 years ago, and by continually listening to the participants, Newcomers has evolved to reflect the ever changing needs of the area’s women,” she said.

For more information regarding the Princeton YWCA and the Newcomers group, email newcomersmembership@ywcaprinceton.org.