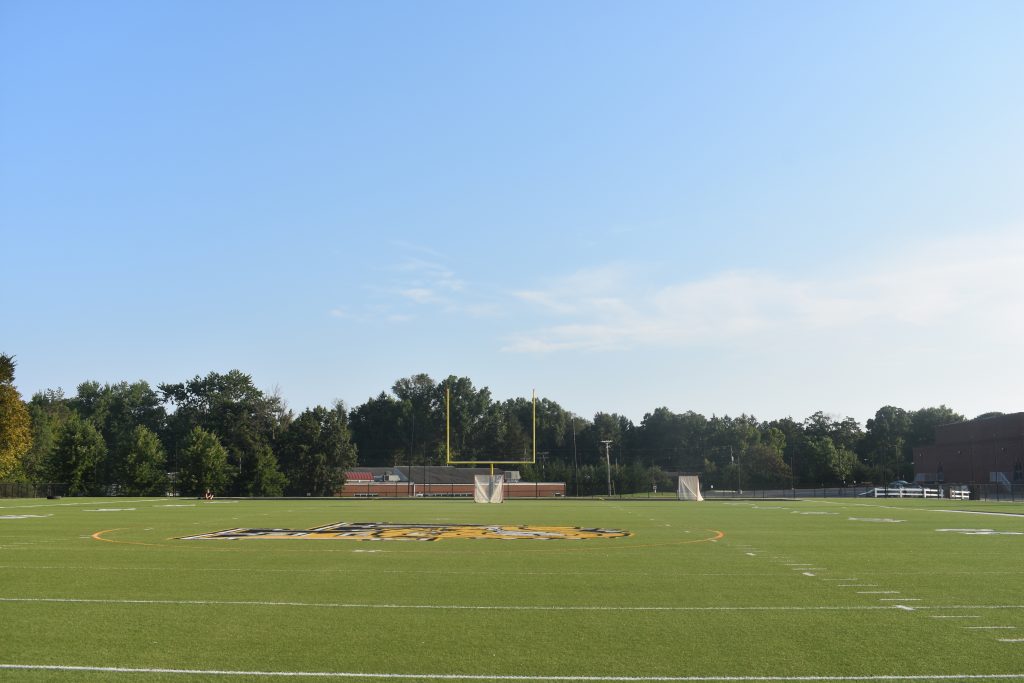 In the first quarter of his first varsity start, Henry Lewis dropped to the turf with a cramp and then left the game. One teammate nearly shed a tear for him.

It was an inauspicious start and an ominous sign for Hopewell Valley Central High School’s running back. But he was not about to let a little cramp ruin his first primetime performance under the Ackerson Field lights.

Lewis shook the cramp off on the sideline and hustled back into the game a play later. Then he carried the ball 37 times for 226 yards and two touchdowns, leading the Bulldogs to a 21-0 victory over Lawrence High School on Sept. 13 in Pennington.

Hopewell Valley opened the football season at 1-0, while Lawrence fell to 0-1.

Lewis broke a scoreless tie in the first quarter with a 74-yard touchdown run. He gave the Bulldogs a two-score lead with a seven-yard touchdown in the second quarter. The junior pounded right up the middle on both scoring runs, shedding tacklers like a Madden create a player.

“I was so happy for him,” said Hopewell Valley defensive lineman Terrance Peterson. “To see him do that in his first varsity start.”

“I’m a little sore but I feel great,” Lewis said. “We played great as a team.”

Led by Peterson, who lived in Lawrence’s backfield, Hopewell Valley’s defense dominated the line of scrimmage, holding the Cardinals to 118 total yards. Peterson and his mates forced four three and outs, two missed fourth down attempts and three turnovers. It was a dominant performance from what should be a great unit this fall.

Lawrence’s defensive line struggled against the run, but it played great against the pass, recording five sacks and holding the Bulldogs to zero completions on six attempts. Kodey Lightner registered two of those sacks.

Hopewell Valley will go for the 2-0 start on Sept. 21 at Steinert High School. Kickoff is set for noon.

Lawrence will try to improve to 1-1 in its home opener on Sept. 20. Notre Dame High School will be the opponent and the game will kick off at 7 p.m.