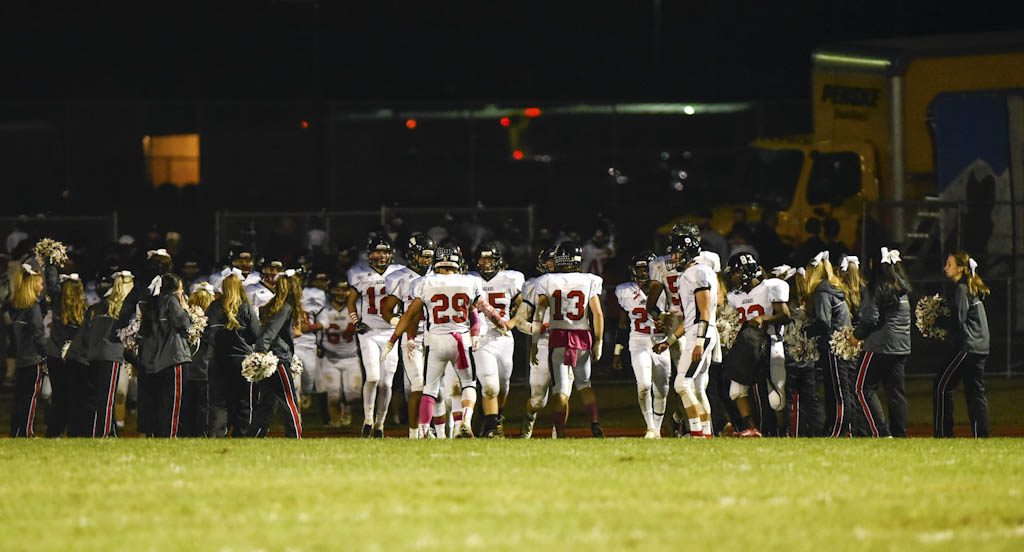 Optimistic because he knew the Jaguars had a solid team, but cautious because he also knew they faced a difficult schedule.

On Sept. 7 in their season opener at Brick Memorial High School, the Jaguars played solid football and won by seven, starting the season at 1-0.

But on Sept. 14 at Mater Dei Prep, the Jaguars’ schedule backed up Mistretta’s evaluation. Jackson Memorial lost to a fast and talented Mater Dei team, 41-7, in Middletown, falling to 1-1.

The optimism came to fruition, then the caution did the same. Two weeks in, Mistretta has every reason to still be cautiously optimistic.

“I think we’re going to be a good team but I’m not sure there’s a harder schedule than what we have,” he said.

It won’t get any easier next week, either, not with Wall High School coming to Jackson Township for the Jaguars’ home opener. Wall is 2-0 and fresh off a 14-3 upset victory over Rumson-Fair Haven High School, one of the best programs in the state, on Sept. 13.

Down the line after that, the Jaguars still have their own date with Rumson-Fair Haven, a rivalry game against Jackson Liberty High School and some other tough games. But there are a lot of good programs down the shore, so every team is dealing with some sort of gauntlet.

If the Jags are truly a good team, they will have to deal with it–and they can. On a good day, Jackson Memorial is a tough, solid team with a strong defense and running game. Even against Mater Dei Prep, the Jags were able to move the ball, picking up 12 first downs to Mater Dei’s seven.

Running back Will Towns can carry the load and quarterback Lonnie Cebulski is a solid dual threat. He actually scored Jackson Memorial’s only touchdown at Mater Dei, a five yard plunge up the middle.

“It starts up front too and we have three linemen back who were good players for us last year in Collin McCarthy, Sean Laverty and Matt Millone,” Mistretta said.

If that line can open holes and move the chains against Mater Dei, it can do it against anybody, too.

Last fall, Jackson Memorial went 6-5 and lost in the first round of the NJSIAA Central Jersey, Group 4 sectional playoffs, 17-3 to Brick Township High School. The Jaguars look like a safe pick to make the playoffs again.

“We have to improve,” he said in July.

To compete with the likes of the Seraphs, the Jaguars will have to maximize their athletes. There are plenty on the roster, like Towns and receivers Jake Mckown and Zack Novak, who all run track for Jackson Memorial when it’s not football season.

On Sept. 14 in Middletown, Mckown sprinted open down the right sideline at one point. Cebulski floated a perfect spiral toward his open receiver.

It likely would have gone for a touchdown. But it fell to the grass just past the outstretched hands of a diving Mckown.

Those are the plays the Jaguars will need to hit moving forward, especially against really good teams like Mater Dei. That’s how cautious optimism will blossom into consistent confidence.

“The competition will challenge us greatly, and we thrive on that,” Mistretta said.