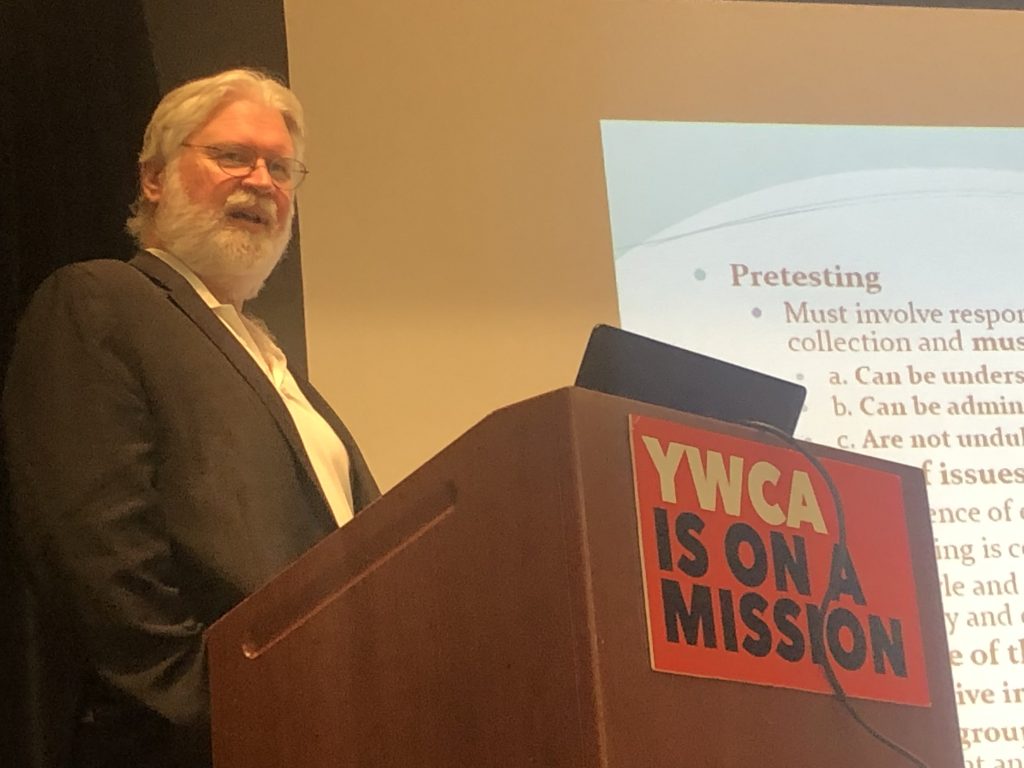 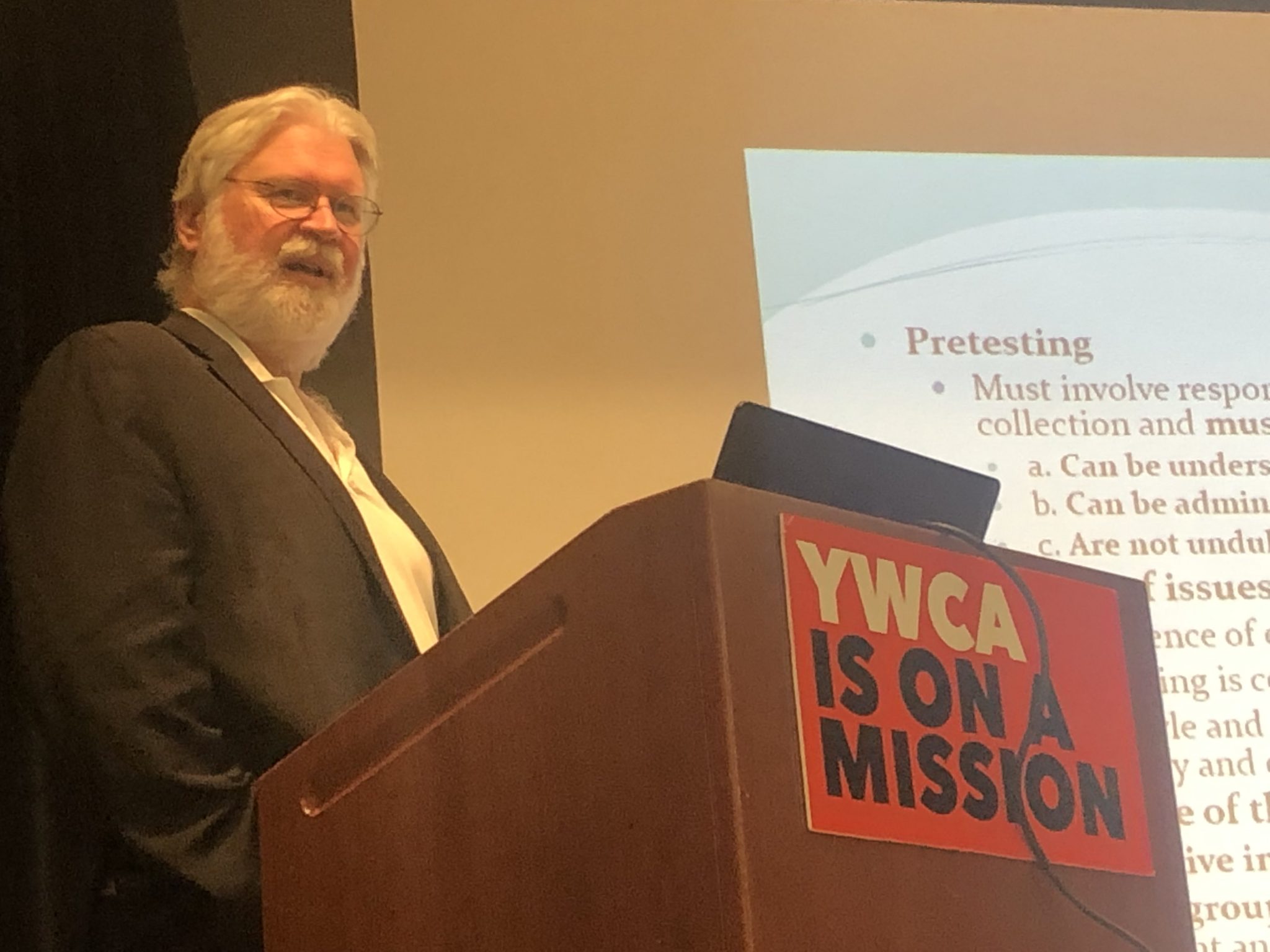 My five-year-old grandson Sam Solomon with a degree in preschool and the 67-year-old Princeton University Sociology and Public Affairs Professor Doug Massey with degrees and honors too numerous to count are both focused on counting.

Sam’s first professional goal is to be a baseball player to score – and therefore count – a lot of runs, but second runner-up for a career is that of a census worker. Listening to my interview with Professor Massey, Sam realized that census workers counted – counted everyone. And that would really be an “awesome,” thing to do, in his words.

Doug Massey, an internationally renowned scholar specializing in immigration and director of the Princeton University Office of Population Research, has profound respect for the job of census worker. He has dedicated several years of his professional life working to ensure that the U.S. Decennial Census is an accurate and meaningful source of important data that can have a significant effect on the health of our democracy. From 2012-18, Dr. Massey served on the Census Scientific Advisory Committee (CSAC), the publicly appointed body officially charged with providing scientific advice to the U.S. Census Bureau on its plans and strategies for data collection.

In a September 12 presentation, “The Citizenship Question and the 2020 Decennial Census,” at the Princeton YWCA, Professor Massey indicated that the Decennial Census would have suffered an existential threat, if the U.S. Supreme Court at the end of June had accepted (instead of denying) the U.S. Commerce Department’s stated reason for adding a question on citizenship to the census. According to Professor Massey, “At this point, it is too late for the citizenship question to be added to the form.”

He explained the evolution of the census and the importance of keeping the controversial citizenship question off of the census questionnaire. To use an overused play on words, the census has got to count people in a way to make the information count.

If the citizenship question, said Professor Massey, were added over the next decade, the nation could count on the following:

Professor Massey provided a detailed history of the Decennial Survey and its close relative The American Community Survey (ACS). Decennial Survey, he said citing the law, is a constitutional mandate.

In 1950, the census was divided into two separate forms:

Short Form that went to all households (age, relation to head, sex, age, race, marital status, Hispanic origin, education); and the Long Form seeking more detailed demographic data that went to a smaller percentage of all households. In 2010 the Long Form was replaced by a survey called the American Community Survey. It is administered annually to a 2% sample of households. And it includes a citizenship question.

ACS provides both the Justice Department and researchers with sufficiently detailed data to study noncitizen populations, particularly when paired with other data sources, said Professor Massey. But the ACS data are not used for appropriation of federal funds or for reapportionment or redistricting.

Particularly unnerving to Dr. Massey was the last-minute, blind-siding attempt to mandate the inclusion of the citizenship question on the Decennial Census.

“My final meeting as a CSAC member took place on March 29-30, 2018. I was tasked to prepare comments on ‘Questions Planned for the 2020 Census’ and was promised that background materials on the planned questions would be sent well in advance of the meeting.

“Late on the afternoon of March 26, I received an email informing me that materials for the presentation on ‘2020 Census Operations: Questions planned for the 2020 Census and ACS’ would not be ready prior to the meeting. The reason for the exception to the usual protocol was revealed that evening, when at 9:29 p.m. the Department of Commerce posted a news release announcing its plans to reinstate the citizenship question on the 2020 Decennial Census.

“I cannot emphasize enough how unusual it is for such an abrupt and major change to census plans to be announced only two years before the census date,” said Dr. Massey, who then assumed a leading role as an expert witnessto stop the citizenship question on the Decennial Census form.

He argued that the citizenship question inclusion on the census has no legislative or constitutional justification. It violates well-established procedures for adding a question to the census short form. It violates the Census Bureau’s Statistical Quality Standards. It violates the OMB directive that “a federal statistical agency must be independent from political and other undue external influence in developing, producing and disseminating statistics.”

“In summary, the addition of the citizenship question to the census short form carries grave risks for the success of the 2020 enumeration,” Dr. Massey said.

According to Samantha Bobila, Director of Fund Development for the Princeton YWCA, one of the FY19-20 advocacy priorities for YWCA is the 2020 Census.

“The census affects every aspect of life, including federal funding for social service programs, child care subsidies and non-profit organizations and representation in government,” Bobila said. “As a trusted voice in the community, YWCA held the Massey event to dispel rumors about the proposed citizenship question on the 2020 Census and share why everyone needs to participate in the census for a fair and accurate count. YWCA Princeton will continue to host information and outreach events for the 2020 Census.”

Dr. Massey explained that the Census Bureau has been trying to hire around a half million temporary workers to help carry out the upcoming national head count, set to kickoff in January 2020. Because of low national unemployment, the US Census Bureau is having trouble recruiting qualified individuals. I had to break the news to my grandson that he would fail to qualify for a 2020 Census position. It is too bad, because I think he would be great at the job. He cares nothing about one’s citizenship status, but even more useful is the fact that he never ever stops talking. He would get 100% participation – people would answer all questions as quickly as possible just to restore quiet to their homes.

For anyone else interested in becoming a census worker, please go to https://www.census.gov/jobs