After special referendum, Edison will manage its water mains 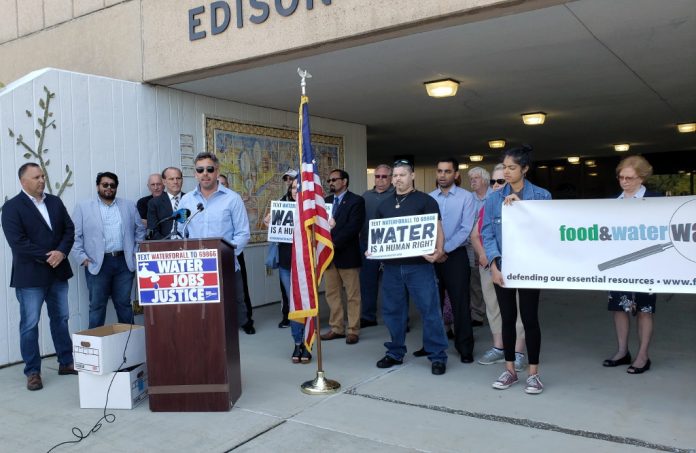 EDISON – The public has spoken and the wheels are in motion for the creation of a new department to manage and maintain water mains in Edison.

Some 10,511 out of 59,000 registered voters came out to the polls or voted by mail to decide whether or not the township should operate its municipal water and sewer system during a special referendum election on Sept. 10.

With a resounding 8,874 “yes” votes over 1,637 “no” votes, the new department will serve 12,000 residential and commercial customers in south Edison, according to officials.

“My administration will follow the direction that our voters have charted for Edison’s future,” Mayor Thomas Lankey said in a statement. “We have already begun making preparations for a new municipal department to operate and maintain the South Edison water system.”

In July, the move for the special referendum was the outcome of the council’s vote, 4-3, against the proposed ordinance that would have created a municipal utility to operate the township-owned sewer system and township-owned water mains in South Edison.

The ordinance in July was the outcome of an organic grassroots petition led by residents Keith Hahn, Anthony DeAmorin, Elizabeth Hahn, Maria Wise and Tom Kenny, with the support of Food and Water Watch, a non-profit organization that champions for healthy food and water for all.

The township had been proposing a $811.3 million, 40-year, public-private partnership to lease the township’s sewer system and part of its drinking water system to Suez North America and the Wall Street private equity firm KKR. A series of public hearings began in March.

However, the same week the petition was to be certified, officials received complaints from several homeowners about canvassers at their front doors claiming to be from an “Edison Utility Improvement Program” and asking them if they actually signed the referendum petition.

Lankey said his staff “learned that the Suez/KKR Joint Venture had hired a private firm, without the township’s knowledge or consent, to confirm the authenticity of petition signatures.”

Since then, Lankey announced, “In light of recent events [including the petition], my administration is going to explore and consider other options to manage and improve our municipal sewer system and South Edison’s water system.”

Junior Romero, organizer for Food and Water Watch, said, “[The Edison] community deserved a voice in their future and they demanded it.

“Suez and their Wall Street backers spent huge sums of money trying to scare residents,” he said in statement after the poll numbers were finalized. “But money can’t beat people power. Folks knocked on doors, called their neighbors, and came out to rally in support of this campaign to take control over Edison’s essential resources. This is a phenomenal win, especially in a state where water profiteers are accustomed to getting their way. Let’s hope communities emulate this win in Edison by starting campaigns to bring their water systems under local, public control.”