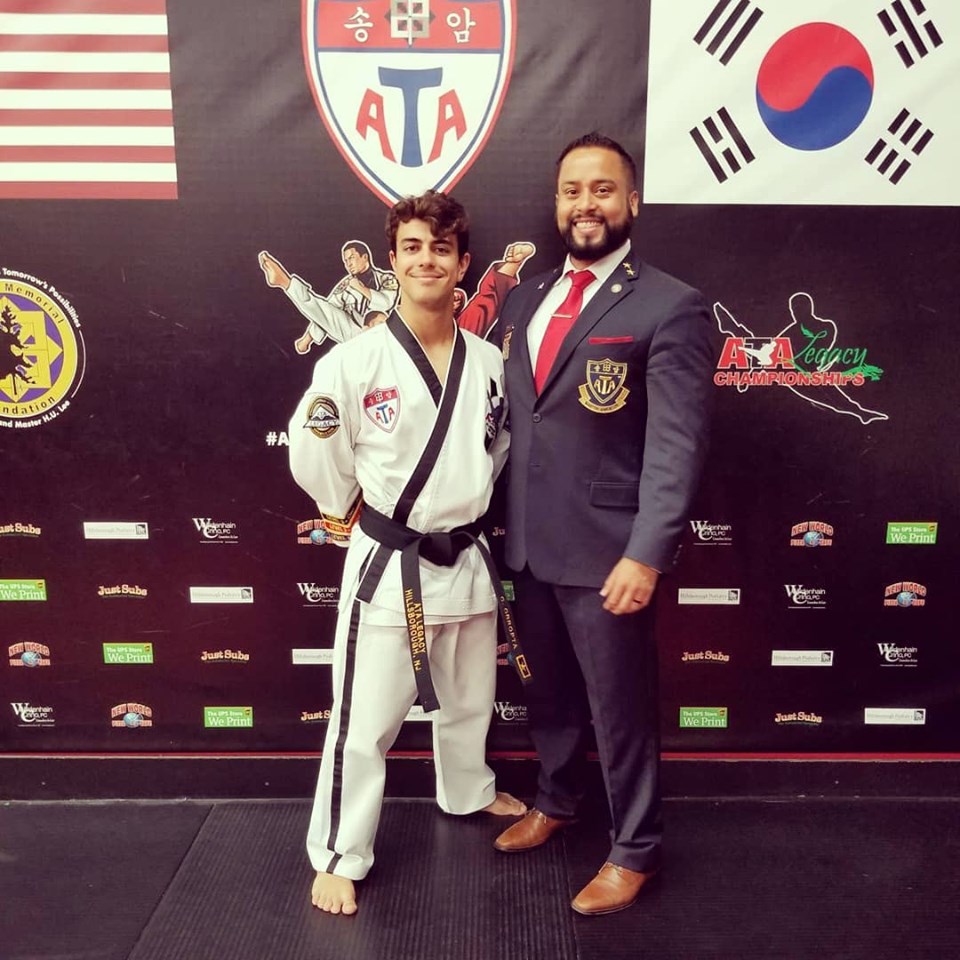 A student and instructor at ATA Legacy Martial Arts in Hillsborough, Obropta has been a student of Taekwondo since the age of 5. Now 24 years of age, Obropta has demonstrated the physical stamina, the dedication to Taekwondo training and proper demonstration of the various traditional form and weapon work.

Students testing for 5th Degree Black Belt are required to present their skills at the World ATA Championships, held in Little Rock, AK each July, before Master Instructors. There, Obropta performed his traditional form, in addition to showcasing his traditional Korean sword form and sparring other candidates for 5th degree.

Obropta also teaches Color Belt, Leadership and Krav Maga classes at ATA Legacy in Hillsborough. Obropta is a 2013 graduate of Hillsborough High School, a 2017 graduate of Rutgers University and is employed by Van Cleef Engineering as a civil engineering technician.