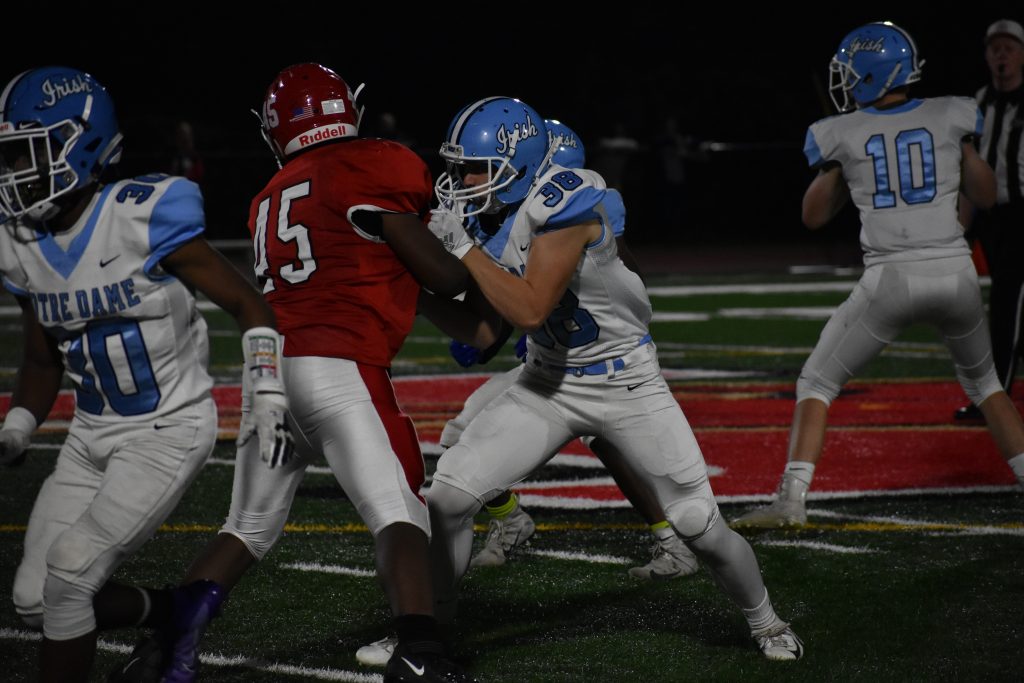 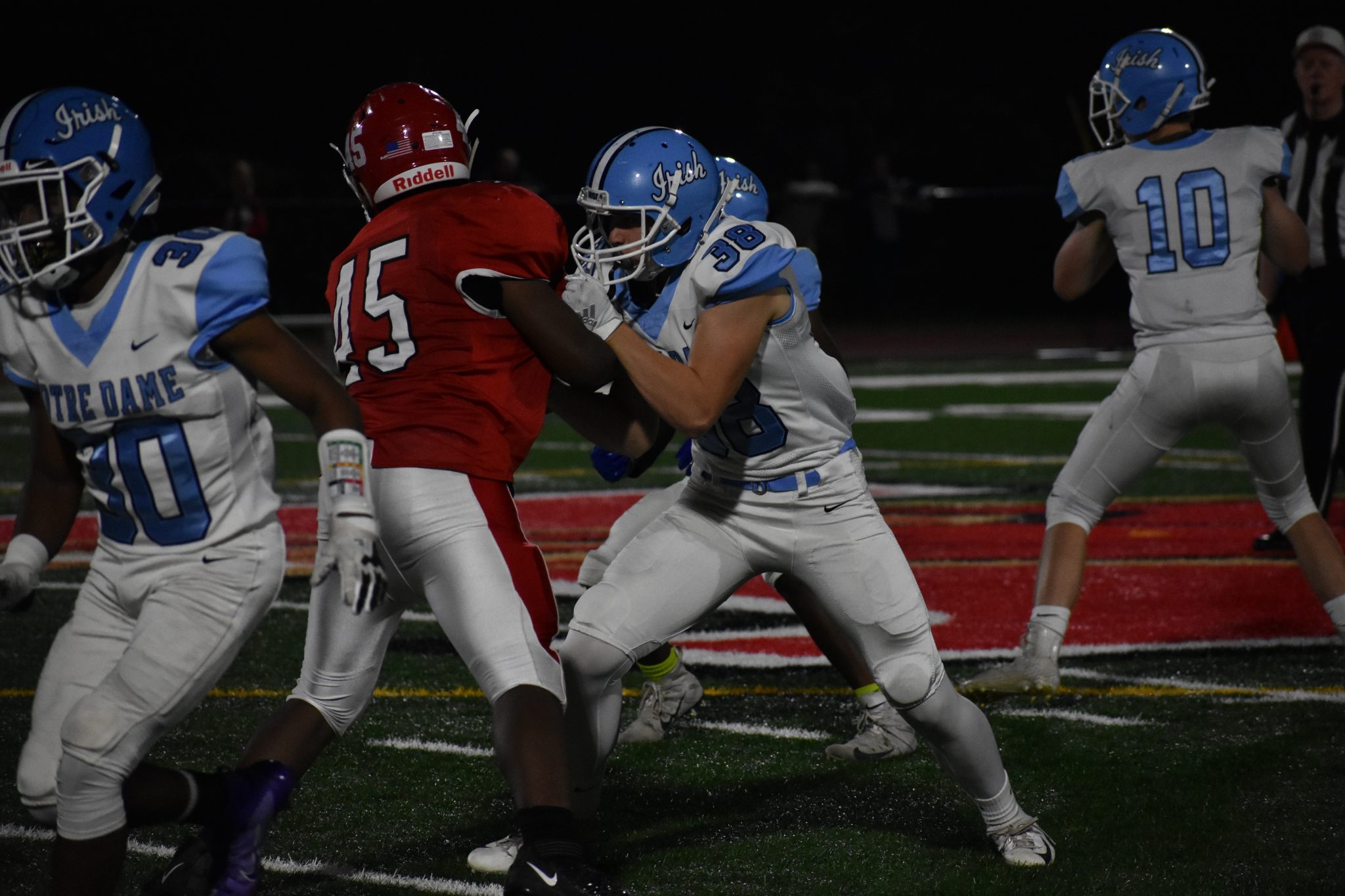 The Mercer County “Game of the Week” this week was an in-town rivalry between Notre Dame High School and Lawrence High School.

Notre Dame put on a dominating road performance with a 47-0 victory over host Lawrence on Sept. 20.

The Irish used the rushing attack impressively on the team’s way to 47 points. Notre Dame amassed more than 266 yards on the ground with junior running back Rickey Spruill leading the way. Spruill on the night had 121 yards on six carries while adding delivering two touchdowns.

“I was just ready to score and get into the end zone. This season I feel like we have a lot of weapons and can put up a lot of points against any team,” Spruill said. “The key tonight was to get our weapons the ball and spread the ball around to get everyone a touchdown.”

Renda also threw for a touchdown during the contest which resulted in the first score of the game.

The Irish also had seven offensive drives during the game and scored on all seven.

“Our guy’s precision and how well they play upfront has been key to our offense. Our backs are willing to take the cuts back their and run where the play is designed,” Notre Dame coach Sean Clancy said. “They worked really hard this offseason and have been playing very well.”

Defensively the team had another strong performance. The Irish shut out the Cardinals and have held opponents early this season to just 18 points.

This win by the Irish makes Notre Dame 4-0 in the last four matchups with Lawrence.

Notre Dame is now 3-0 on the season and its next game is a road matchup with West Windsor-Plainsboro High School South on Sept. 27. The game is slated to begin at 7 p.m.

On the other side of the field, Lawrence had a difficult time offensively. The Cardinals were without starting sophomore quarterback Brandon Deckard, who was unable to play due to an injury.

That loss meant dual senior player Deon Mclean would be playing an even bigger role for the Cardinals. He went under center for the team to lead the offense against Notre Dame.

Mclean rushed for more than 28 yards during the game, as the Irish made it difficult for the Cardinals to use the passing game.

Lawrence is now 0-2 on the season and its next opponent is Hightstown High School. The contest is a home game for Lawrence on Sept. 27 at 7 p.m.