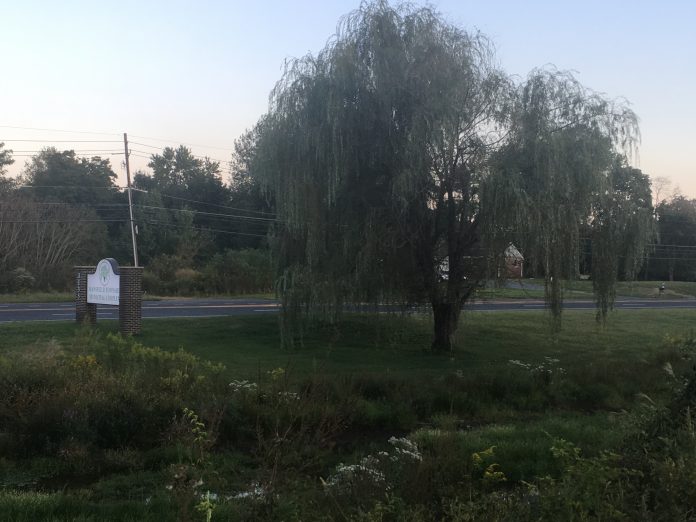 The Mansfield Township Committee recently provided updates about the status of the Request for Proposal (RFP) contract of its emergency services squad.

After it was announced earlier this year that a new contract for Mansfield Township’s designated EMS provider was to be prepared and sent out to bid, the committee members passed a resolution at Sept. 5 meeting for the bid to be sent out for competitive contracting.

But when the committee members drafted the new RFP at a July 29 meeting, multiple residents and current EMS professionals in Mansfield voiced their stance on the matter. More than 50 combined residents and EMS professionals of Mansfield Township Ambulance Corps (MTAC), the township’s current EMS provider, attended the meeting in support of the EMS group as committee members prepared the RFP draft.

An RFP is defined as a document that solicits proposal, often made through a bidding process, by an agency or company interested in obtaining of a commodity, service or valuable asset, to potential suppliers to submit a business proposal.

With the contract now out for bid, township professionals are now tasked with the evaluation of submitted proposals to review and choose an EMS provider based on a “points system” to choose the lowest-responsible bidder.

Mansfield Township Mayor Sean Gable explained at the Sept. 5 meeting that the points system will consider factors in the decision making other than price.

“The thing about this point system is that for pricing out of the 500 points that are possible to earn, the price is 100 points,” Gable said, according to the Sept. 5 meeting minutes. “Your quality, your service, your staffing plans, your total proposal is 230 points. Your bidder qualifications is 150 points. Your community outreach and involvement is 20 points.

“There’s a lot of points that can be earned by an organization that’s involved in the community, that has good quality and qualified employees in their staff and their planning, so I think it gives that opportunity and gives credit for that type of service that we’re looking for our residents. We are looking for that good quality, well-trained, motivated individuals to provide an outstanding service to our residents, that’s what we’re looking for,” Gable added.

At a recent Sept. 18 meeting, the Mansfield mayor further expressed that the decision to send the contract out to bid was a legal obligation rather than a personal decision from the municipality.

“It was brought [to our attention] that the current way we fund our EMS – [MTAC] are a private, non-profit organization. They are not a township department,” Gable said. “We fund them through a contract for service at a rate of $200,000 per year, plus some additional expenses. So, it was brought up that it was an improper contract. For that amount of money – because we are over the threshold for funding them – it would have to go out for bid. There is not a problem with the current EMS service.”

Upon additional discussion among the municipal officials, Committeeman Robert Higgins said that he wanted “to get this right.”

“This is probably going to be one of the hardest decisions we make in the next five years,” Higgins said.

Following the discussion period among the committee members, the meeting was then opened up for public comment. During the public comment period of the meeting, Thomas Flanagan, a current Mansfield resident and former fire commissioner in Hamilton Township, brought up a possible exception for the RFP.

Although Flanagan explained that the contract would legally not be required to go out to bid if a vendor provided “extraordinary unspecifiable services” according to N.J.S.A. 40A:11-5.

“My understanding from past experiences is that for ‘extraordinary’ or ‘specialized’ services, the township would not have to go to bid,” Flanagan said.

Although Flanagan raised this point to the committee members, township professionals informed him that the EMS does not follow, according to the statute, under the definition of an “extraordinary service.”

Flanagan additionally discussed that regardless of the statute, given his own experience as fire commissioner, knowledge of the area and people is key in response times whether it’s the provider’s ability to use backroads as well as serve repeat patients.

“[This decision] could affect you for the next 10-15 years,” Flanagan said. “If you have people, and they are doing a good job. I would want to think that you would like to keep them.

“In considering the RFP, somebody needs to look at that who knows what they are doing because it’s not just nickel and dimes. There are a lot of things behind it that you don’t see,” Flanagan added.

After the public comment period, Committeeman Frederick Cain said that the township’s officials are committed to this evaluation process.

“This is a hot topic, and all I can say is that we are going to do the best job that we can in evaluating various proposals that come in,” Cain said. “We are not going to take this [lightly]. Price is not the only factor here. So, we are going to go through this and look at it as carefully as we can, knowing that our job is to provide the best service to this community.”