The 12th Man TD Club of Robbinsville has selected the players of the week for week two of the high school football season.

Offensive Back of the Week

Hartman led the way for Hopewell Valley running back Henry Lewis’ 142 yards rushing in a victory over Steinert High School. He also had nine tackles, three for a loss, and one sack on defense.

Defensive Lineman of the Week

Jake Bon Giovi, Pennington School (Sr., DE)
In addition to making eight tackles, two for losses, and shutting down the edge to his side, Jake also had three key receptions, the last being a 30-yard reception with two minutes left that set up the tying touchdown in regulation.
Defensive Back of the Week
Coleon Williams, Notre Dame High School (Sr., OLB)
Williams racked up 10 tackles, including three solo tackles and three tackles for a loss. He led a defensive shutout in which Notre Dame allowed less than 60 yards in the first three and a half quarters of the game.
Special Teams Player of the Week
Makhi Thompson, West Windsor-Plainsboro High School North/South (So., KR)
Thompson returned a kickoff 70 yards for a touchdown and added eight receptions for 124 yards and two touchdowns in a loss to Hamilton West. 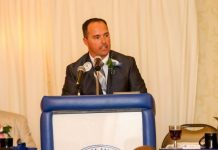 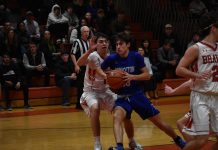