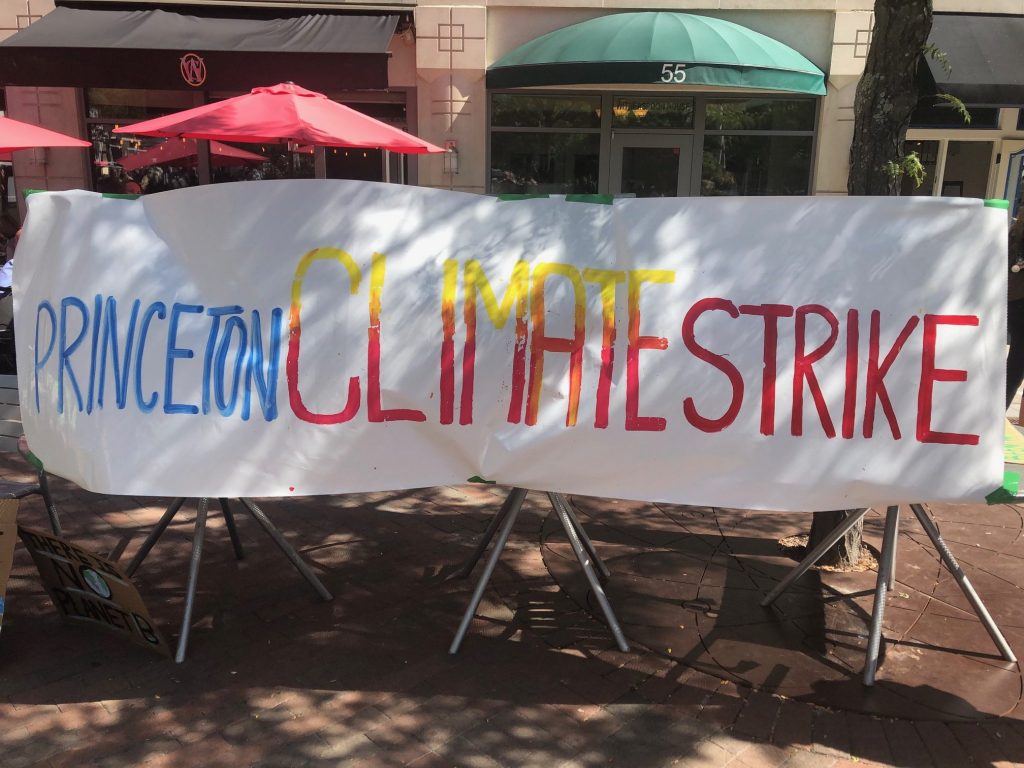 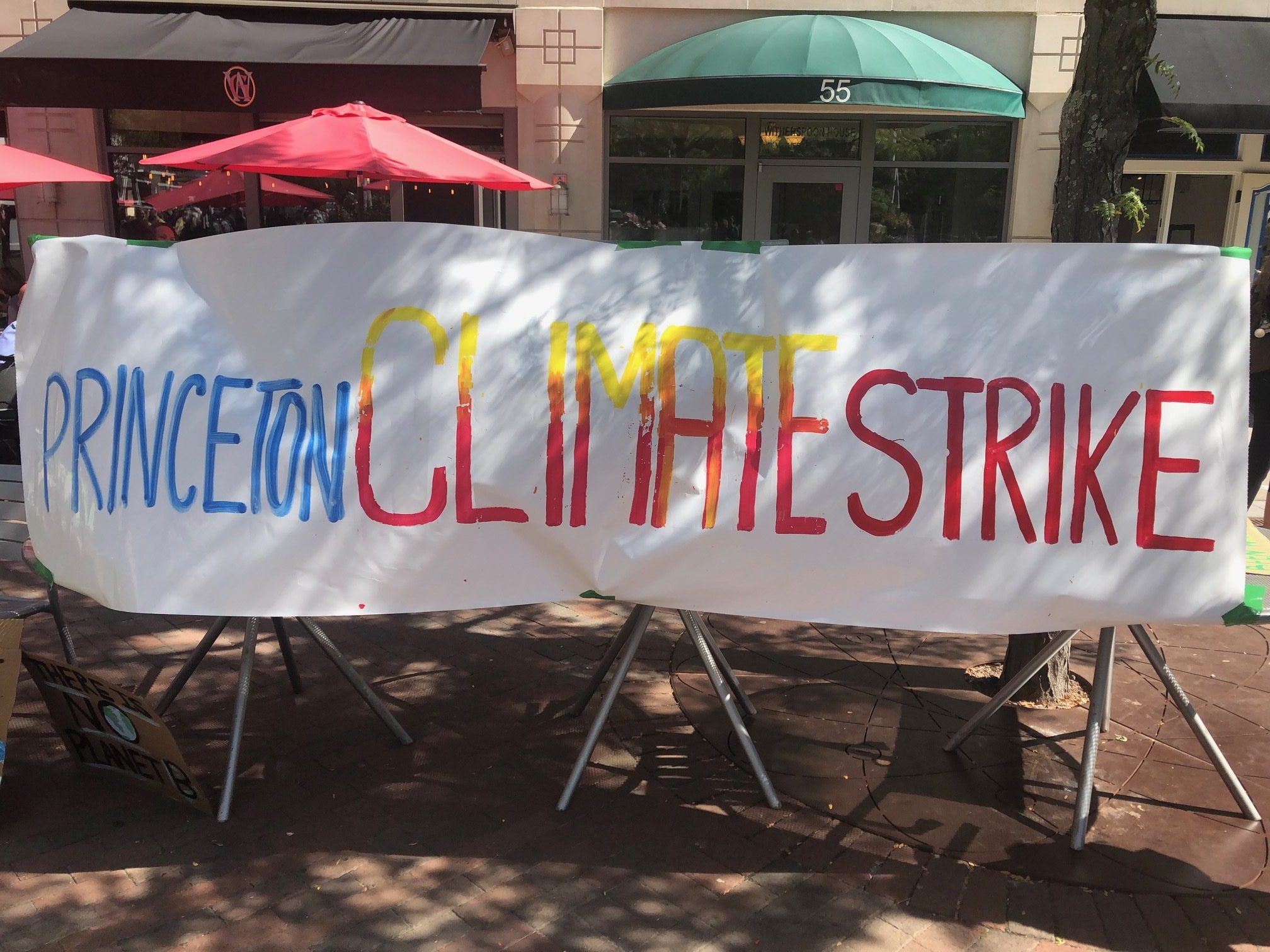 Hinds Plaza in Princeton was filled on Sept. 20 with those aware that the climate crisis threatens the world and cries out for change.

Approximately two-thirds of the attendees were students, from either the university and Princeton’s schools; the other third were adults of all ages. Many held signs expressing their exasperation that not enough is being done. A number of students spoke to the crowd, listing the destructive changes already upon us and those coming. They urged all to act and press their political representatives to act. Congresswoman Bonnie Watson Colman, who could not be there in person, sent a letter of support and encouragement, which was read to the strikers.

Around the country, climate strikes and more than 800 marches were held in all 50 states. Around the world, 150 countries hosted marches and demonstrations. From the photographs of those events, it was clear that many participants were young.

The protests were also notable for where they didn’t take place: China, which is currently the biggest greenhouse gas emitter.

While it was impossible to determine exactly how many people protested worldwide, a preliminary analysis by “The New York Times” found several American cities had turnouts of 100,000 or more, and many others saw numbers in the tens of thousands.

Rarely, if ever, has the modern world witnessed a global youth movement so large, and spanning across societies rich and poor, all tied together by a common sense of urgency.

In New York City, over one million students were allowed to skip school after the city announced it would not penalize public school students joining the strikes. New York City Mayor Bill de Blasio tweeted he supported the move: “New York City stands with our young people. They’re our conscience.”

Rallying in downtown Manhattan, the crowd was scheduled to hear a roster of young climate activists, including Greta Thunberg, demand action. Her calls – “The house is on fire!” … “Unite behind the science!” – were heard and seen everywhere.

Globally, the day’s first rallies began in Australia, spread to the Pacific Islands, then on to India, Turkey and across Europe, as students demanded their governments act.

As the impacts of our warming world have become ever more evident, and as the pace of that change accelerates, it is all too clear to the young, from the available science, that they will bear the brunt of the catastrophic changes under way.

Expressing this concern, chants heard in Hinds Plaza included, “No more coal, no more oil, keep your carbon in the soil.” Simple, but speaking to the crux of the problem.

Recently 150 CEOs of companies and corporations signed a letter urging steps to reduce gun violence. As bad as gun violence is, the climate crisis will be even more destructive. Already storms, floods, droughts and fires have killed thousands around the world.

Given the environmental impacts already evident worldwide, it is a travesty that the U.S. Senate has blocked legislation to deal with these changes, and that the president is rolling back steps to reduce emissions.

Is the Senate not undertaking initiatives because they don’t believe in science, or are they bowing to money and corporate interests or do they believe that government is exceeding healthy limits?

The global situation, however, is all encompassing, just as World War II was, when governments alone had the scope and resources to respond.

Does our Senate not see the catastrophe’s looming? Is it all too distant in time and space for them to understand? Vast majorities of the American public are way ahead of them. It is those citizens, and particularly the young around the world, who are calling for action.

Given the environmental changes we are all facing, and the economic and social repercussions that are beginning to follow, it is all too clear that changes in leadership and policies are urgently needed. Strikers in Princeton, across the country and around the world have come together to make that case and demand the essential changes be made.