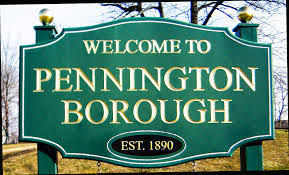 The Pennington Borough Council is set for a final hearing on an ordinance that would establish an electric aggregation program in the municipality.

Establishing the program would allow Pennington Borough to create a large buying group of residential and non-residential electricity accounts in order to seek bids for cheaper energy rates, according to officials.

“This is an ordinance that would authorize the establishment of this program. This is the first time the borough would be doing this,” Pennington Borough Administrator Eileen Heinzel said. “The objective is to realize energy cost savings.”

The public hearing for the ordinance will be at the council meeting on Oct. 7.

By aggregating, or grouping, a large number of residential and non-residential accounts together, economies of scale are created.

Economies of scale are cost reductions due to size or increases in production.

These economies of scale set conditions to help municipalities like Pennington Borough achieve greater savings during a competitive bid situation than could normally have been achieved by the individual customer, according to New Jersey Government Energy Aggregation officials.

Right now customers served by New Jersey utilities receive their power at a fixed rate, set annually from a series of energy auctions, and is regulated by the New Jersey Board of Public Utilities.

According to Pennington Borough officials, the program will will look to provide a percentage of energy from renewable energy sources.

“This program is more of an opportunity for savings rather than a response to excessive cost,” Heinzel said. “Being able to use a larger percentage of energy from renewable sources.”

Officials said any price for energy obtained with bids will apply to all Borough residents who do not decline to participate (or opt out). Non-participating residents may choose any alternative energy source they desire.

The next Pennington Borough Council meeting will be at 7 p.m. on Oct. 7 in Borough Hall.