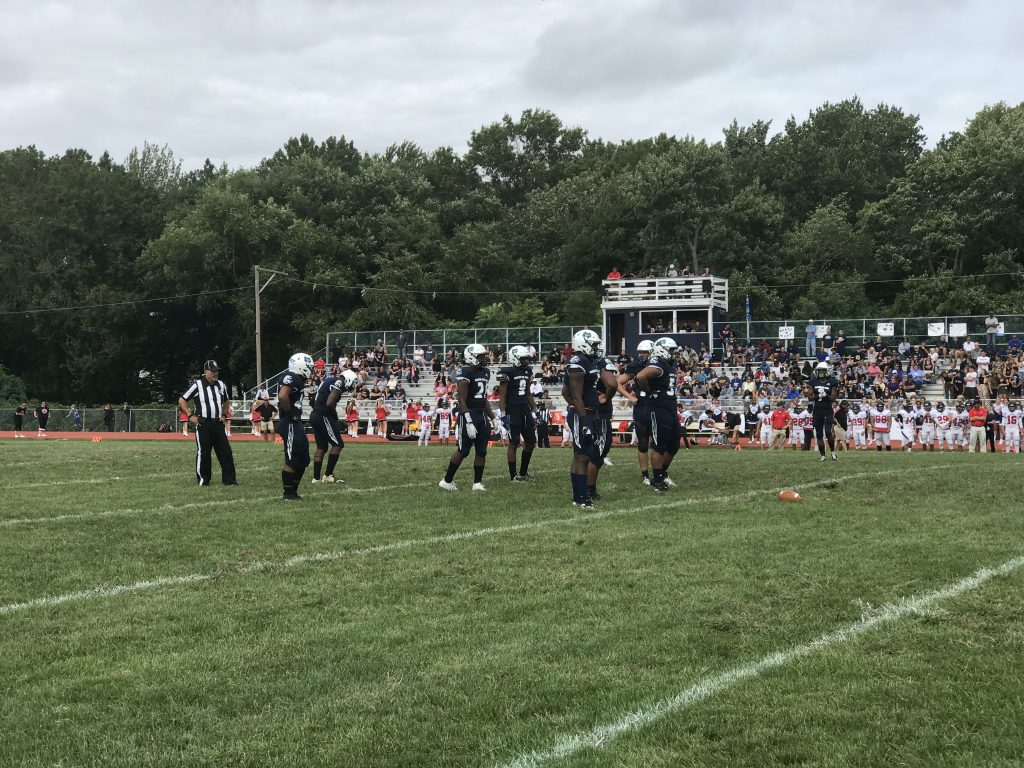 After yet another touchdown on Sept. 27 at Saint John Vianney High School, the referee standing behind the goal post said it best. He turned to the other referee and said, “He’s just a man amongst boys.”

The ref was talking about Mater Dei Prep running back Malik Ingram. In a showdown between previously unbeaten teams in Holmdel, Ingram carried the ball 30 times and exploded for 326 yards and four touchdowns, leading the Seraphs to a 35-0 victory over Saint John Vianney.

The Lancers entered the game fired up to try and upset the Seraphs. Their fans were rocking. Their players talked a little smack on the field before the game. And they even tackled Ingram for a loss on the opening play.

Those verbs capture the wide, powerful senior’s smash mouth running style. Ingram is the kind of back who wouldn’t be as good in flag football because he thrives on contact.

In the second half at one point, a defender started woofing in Ingram’s ear. Ingram turned to him and said, “Bro, you haven’t tackled me all night.” It was true, too.

The Mater Dei defense was also impeccable, forcing five punts, a turnover on downs and an interception. Saint John Vianney entered the game averaging 40 points per contest. It didn’t get near the end zone on Sept. 27.

Mater Dei Prep, the No. 1-ranked team in the Central Jersey Top 10, continues to look like one of the best teams in the entire Garden State. The Seraphs are 4-0 and they have outscored opponents, 171-20.

Despite this loss, Saint John Vianney is not in a bad place at 2-1. The Lancers will try to get back on track on Oct. 4 at Jackson Memorial High School. Kickoff is set for 7 p.m.

Mater Dei will go for 5-0 on Oct. 5 at home against Wall High School. Kickoff is scheduled for 1 p.m.