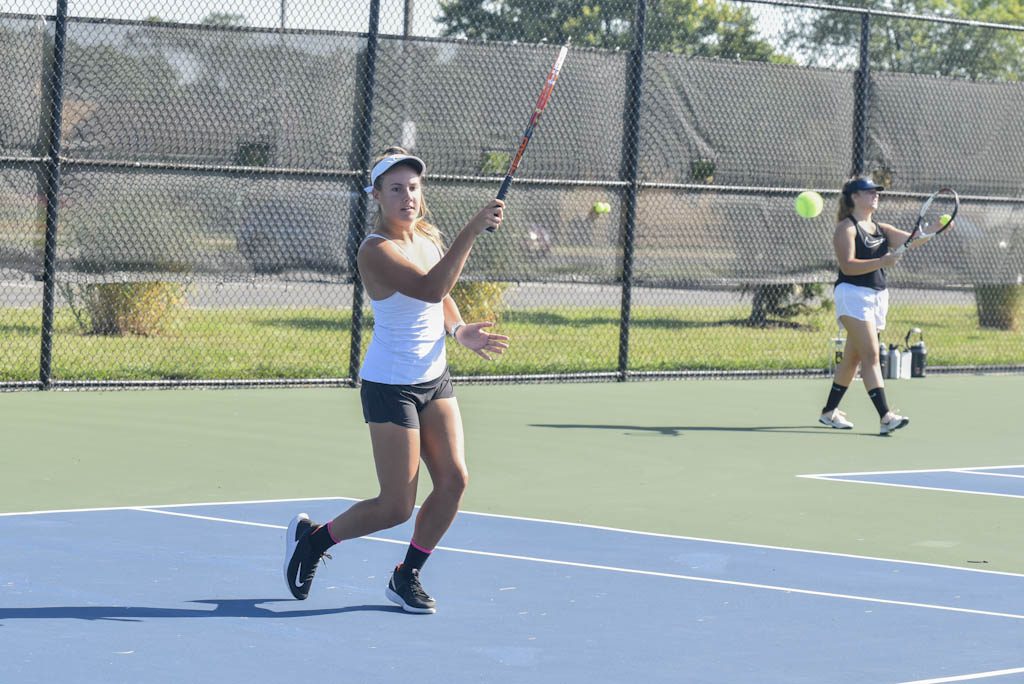 Even after taking over the Allentown High School girls’ tennis program in the offseason, Kayanna Chandler was not sure if the school’s best player would come out for the team.

Erin Gray took her junior year off from high school tennis in 2018. She wanted to focus on United States Tennis Association tournaments.

Chandler, a school psychology intern at Newell Elementary in the Upper Freehold Regional School District, had heard about Gray from talking to other Allentown players. But no one knew if she would come back out for the team. She did not attend any of the team’s summer practice sessions.

But then on the first day of practice in August, Chandler went around the circle of players and took names. A quiet, soft-spoken player made the loudest impression.

Gray went out and earned the No. 1 singles spot and gave the Redbirds a top singles player who can compete with any of the other elite players in Mercer County. Allentown is situated in Monmouth County but competes mostly against nearby Mercer County schools and also participates in the Mercer County tournaments for athletics.

Allentown is just a game back of state power Princeton High School in the CVC’s Colonial Division standings.

“Erin coming in was a huge contribution,” Chandler said. “She has added so much to the team.”

“I’m thinking we’re going to surprise some people,” she added. “We have the potential to win some challenging matches.”

In NJSIAA girls’ tennis, there are five individual matches, three singles courts and two doubles courts, within each larger team match. Out of its 35 individual matches from its seven team contests, Allentown has won 30 and lost only five.

It is not just Gray who is stepping up.

Junior Isabella Dona and senior Cassidy Smith are polishing off opponents in the No. 2 and No. 3 singles spots, respectively. They have a combined record of 12-2.

“They have performed,” Chandler said. “That’s a big contribution to our success.”

The doubles teams, of seniors Jordan Haller and Rea Singh at No. 1, and juniors Grace Vogt and Kelly Lew at No. 2, have a combined record of 12-2. Both teams fit together really well. Vogt and Lew are a near perfect match.

“Grace is a powerhouse and Kelly is strategic about shots, with angle dynamics,” Chandler said of her second doubles team. “They are a good mixture.”

So are the Redbirds this fall.

“Everybody brings something to the table,” Chandler said.