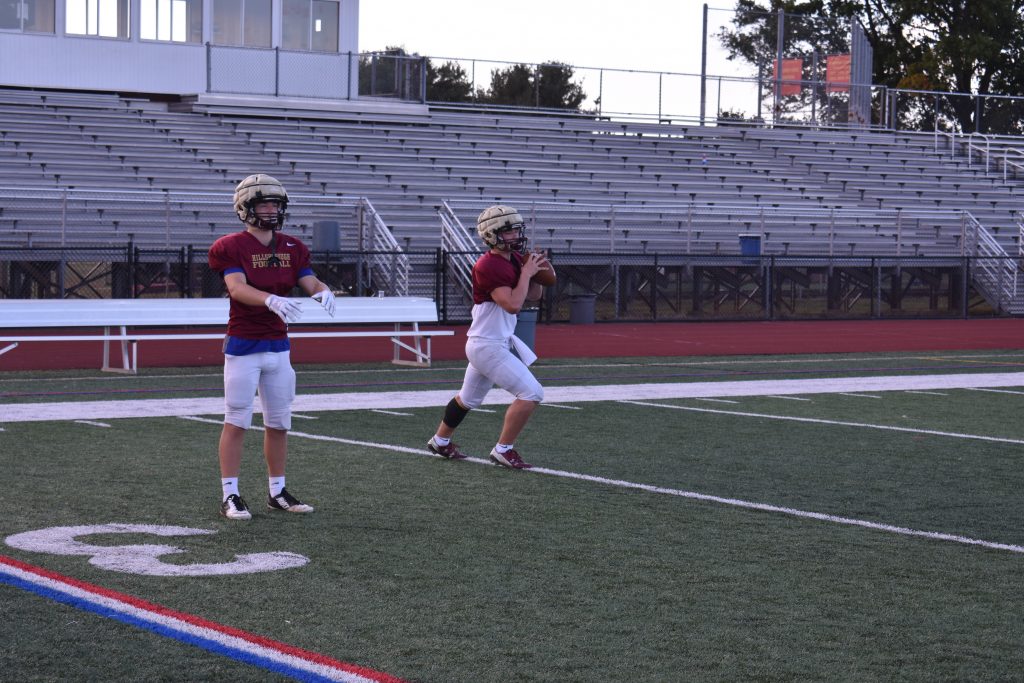 Hillsborough quarterback Tommy Ramsey, right, gets ready to fire a pass during a Sept. 24 football practice at Hillsborough High School.
× 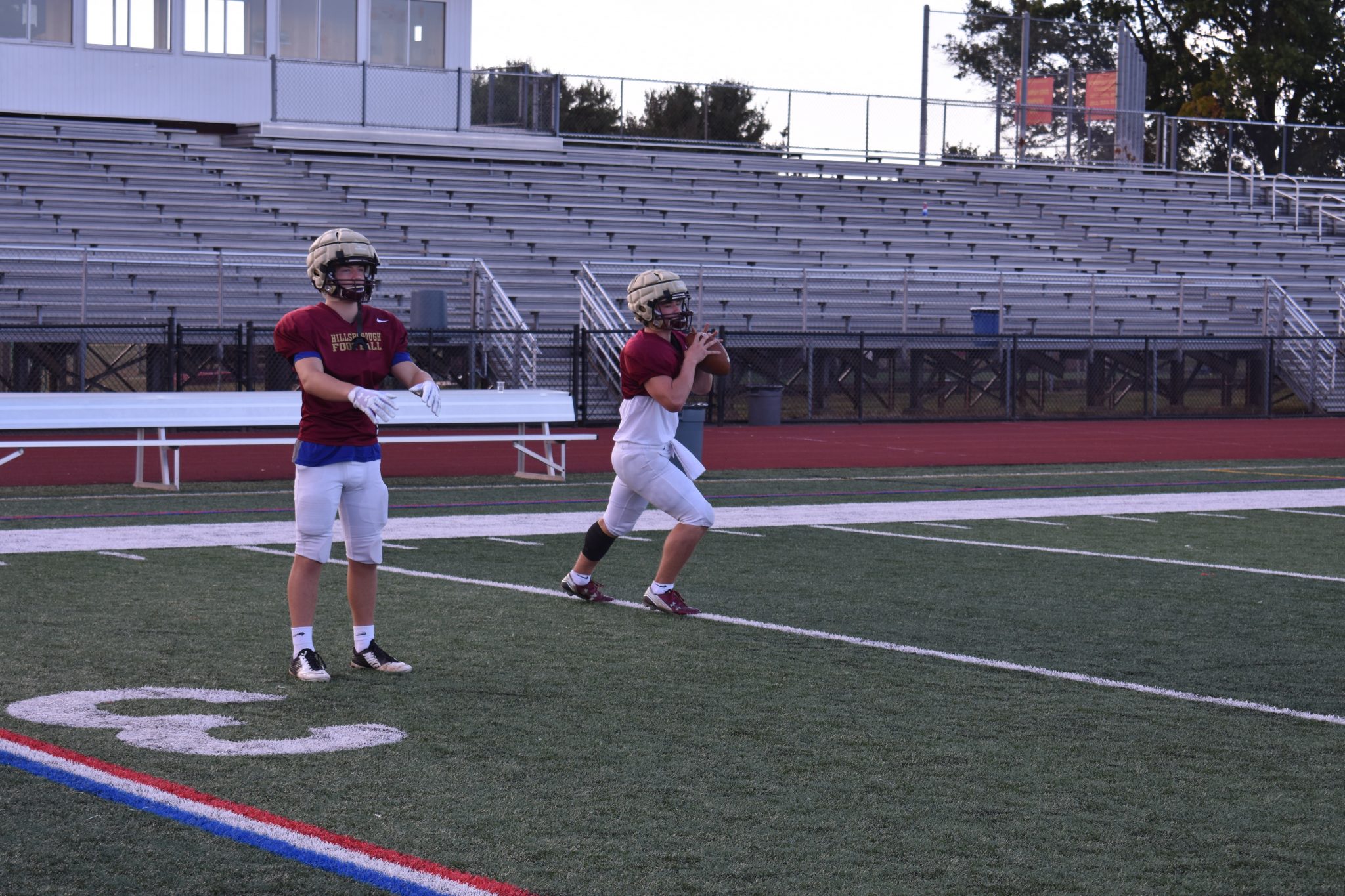 Hillsborough quarterback Tommy Ramsey, right, gets ready to fire a pass during a Sept. 24 football practice at Hillsborough High School.

Last year after a 3-0 start to the football season, Hillsborough High School went 1-4 down the stretch and lost in the first round of the NJSIAA Central Jersey, Group 5 sectional playoffs.

This year after a 3-0 start to the football season, Hillsborough coach Kevin Carty said it felt different than last year.

Hillsborough passed its first big test of 2019, beating a solid program, 24-13, in Flemington. It was also Hillsborough’s first road game of the season after three straight home victories.

“We are more balanced this year,” Carty said.

In 2018, Hillsborough’s losing streak started in earnest after standout running back Sean Levonaitis went down with an ankle injury. He missed most of one game, all of another and was never the same the rest of the way. Without a healthy Levonaitis, the one-dimensional Raiders were exposed, scoring 14 points or less in four of their five losses on the year.

Levonaitis is healthy now, and he racked up 470 rushing yards and six touchdowns in the season’s first three games.

But at Hunterdon Central, the Raiders opened things up. Levonaitis still ran for 101 yards, his fourth consecutive 100-yard game. But quarterback Tommy Ramsey also went 10 for 12 for 162 yards and two touchdowns through the air.

Receiver Thomas Amankwaa reeled in six catches for 114 yards and a score. Tight end Will Dixon also caught a touchdown.

Levonaitis complemented the passing game on Sept. 27. For the first time, it wasn’t the other way around.

Ramsey is even developing into a nice complementary playmaker to Levonaitis. The quarterback has accounted for more than 600 total yards and six touchdowns between passing and running.

The duo is clicking in its second year starting together.

“We can make plays,” Carty said. “If we keep ourselves in it, I feel good about us scoring at the end to win.”

Hunterdon Central actually had a 13-3 lead late in the second quarter on Sept. 27. But Hillsborough answered with 21 unanswered points, starting with Amankwaa’s 97-yard kickoff return touchdown with just seconds to go in the half.

The Raiders kept themselves in it, then they scored enough in the third quarter to win.

Their defense also had another stellar game, holding the Red Devils to no points after halftime. Hillsborough forced Hunterdon Central to be what it used to be: One-dimensional. The Red Devils completed just nine of 24 passes for 87 yards.

Through four games, Hillsborough is healthy and well-rounded, undefeated and still improving. The 4-0 Raiders have already matched their victory total from 2018, when they were still a playoff team despite their late struggles.

But the second half of this season will also present a major character test. The Raiders have yet another home game this week on Oct. 4 against Ridge High School. After that, though, Hillsborough will play three of its final four games on the road.

Two of those games, at Phillipsburg High School on Oct. 11 and at Piscataway High School on Nov. 1, are against powerful programs with a combined ’19 record of 7-1.

Hillsborough might finish stronger in 2019. It is already on track to do so, in fact. But the Raiders will definitely have to earn it.

“The tests are coming,” Carty said.