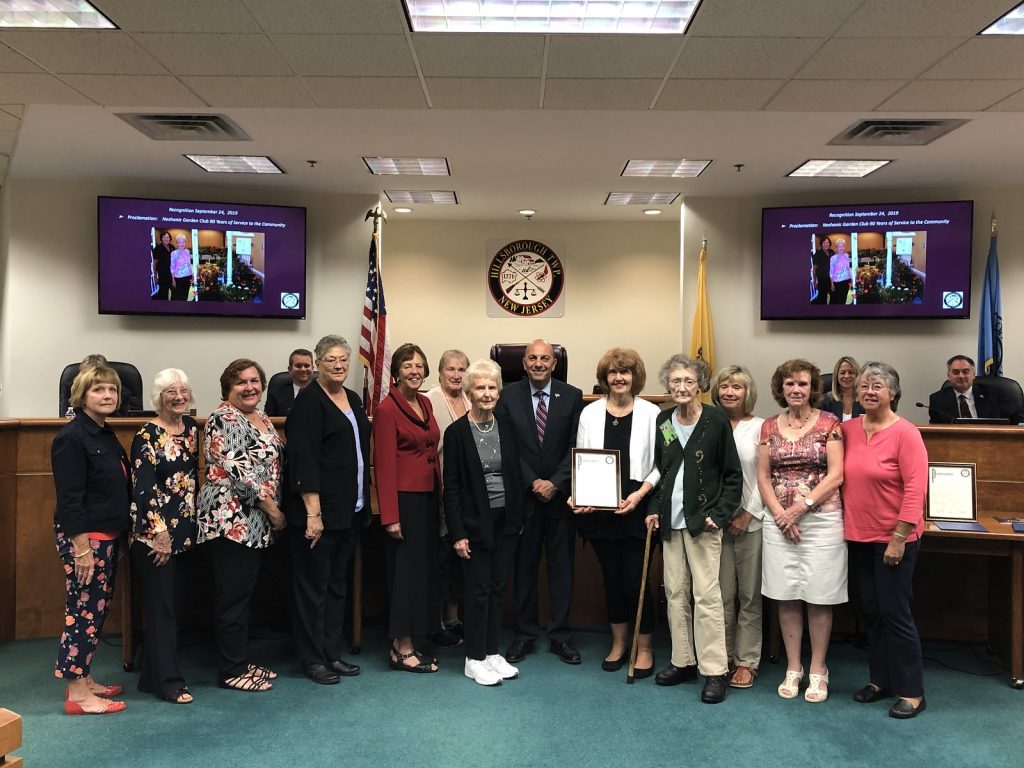 Hillsborough Township Mayor Frank DelCore, stands with the members of Hillsborough's Neshanic Garden Club at a Sept. 24 committee meeting to celebrate the 90th anniversary of the club. Submitted Photo
× 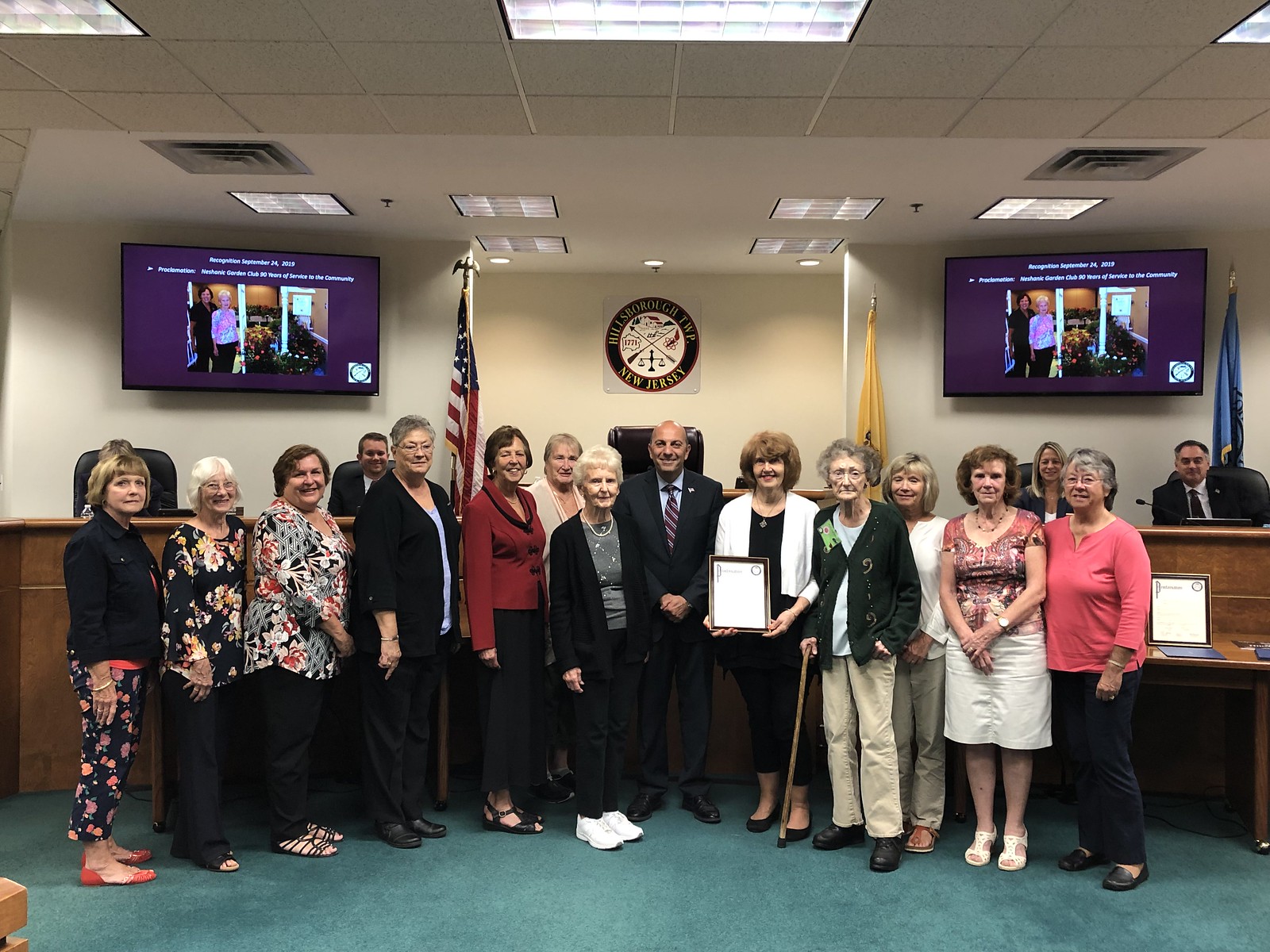 Hillsborough Township Mayor Frank DelCore, stands with the members of Hillsborough's Neshanic Garden Club at a Sept. 24 committee meeting to celebrate the 90th anniversary of the club. Submitted Photo

The Hillsborough Township Committee recognized a local gardening club  in honor of the group’s long-standing place within the community.

Hillsborough Township Mayor Frank DelCore, along with the committee members, dedicated a portion of its Sept. 24 meeting to celebrate the 90th anniversary of the Neshanic Garden Club.

The club was founded in August 1929 and became a member of the Garden Club of New Jersey in 1949.

According to the club’s website, the mission of the group is “to stimulate an interest in gardening, to urge the preservation of trees, birds and wild flowers, to study the art of gardening in all its aspects, and to encourage civic beauty.”

As DelCore invited the group members present at the meeting toward the front of the room, he presented them with a proclamation, which explained the group’s background and community outreach efforts throughout its 90-year history.

Following the reading of the proclamation, the Hillsborough Township mayor shared some of the characteristics of the club that he felt represented the area.

“We thank the Neshanic Garden Club for promoting good will, education and the spirit of giving to our community,” DelCore said.

The Neshanic Garden Club supports gardens throughout Hillsborough including the Gazebo Garden at the municipal building and the Sensory Garden at Ann Van Middlesworth Park on Pleasant View Road.

The group also supports gardens in other Somerset County municipalities and provides garden therapy at Brookdale and Lyons VA Hospital, support a Youth Program at Hillsborough Library and the Raritan Valley Habitat for Humanity and hold a Greens Workshop and Spring Luncheon to raise funds for the charities they support.

Officials said the club presents an annual scholarship to a Somerset County Vocational and Technical School student of horticulture or carpentry. The club also plans to install a Blue Star Memorial Mark to honor servicemen and servicewomen in the near future.

Additionally, the club celebrated the anniversary with the community when they conducted a Standard Flower Show, titled, “90 Years of Gardening.” Held Sept. 13 and 14 at Hillsborough Municipal Complex, the club members transformed the municipal multipurpose room into a setting of blue ribbon floral displays.

To celebrate its milestone, the Neshanic Garden Club also held a Sept. 26 anniversary luncheon where DelCore joined them to thank the entire club for its 90 years of service to the community.

The Hillsborough Township mayor said that the group had been instrumental in making Hillsborough one of “the best places to live.”

DelCore also noted that as part of his duties as mayor, he often has to conduct weddings at the municipal building. DelCore explained that because there is a gazebo on the municipal complex’s property, which he said is beautifully decorated by the garden club, couples often opt to wed there instead of the meeting room for its scenery.