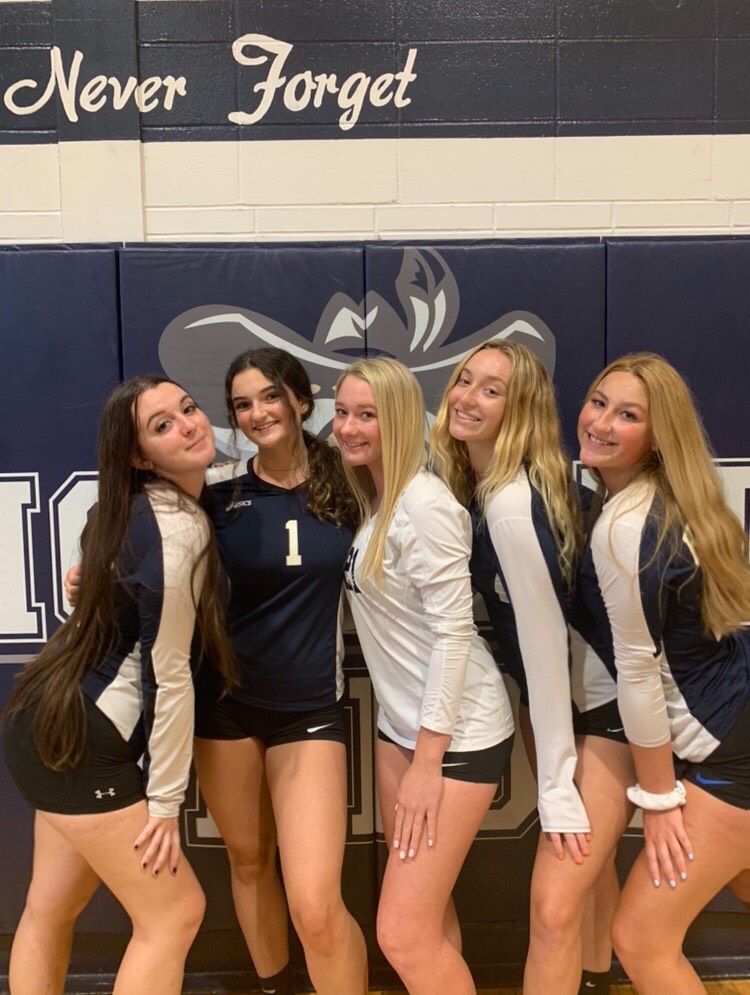 The Howell girls' volleyball seniors pose for a photo before practice on Sept. 25 at Howell High School.
×

The Howell girls' volleyball seniors pose for a photo before practice on Sept. 25 at Howell High School.

Howell missed the Shore Conference Tournament and the NJSIAA playoffs, but the seeds had been planted.

With most of the same players, Howell is 7-1 with four 2-0 sweep victories. The Rebels look like one of the best teams in the Shore Conference and perhaps even the state.

Something clicked for these Rebels last fall. But coach A.J. Perri is not exactly sure what it was. All he knows is this: His players could have crumbled at 2-8, but they didn’t, and they are 13-2 ever since that rough start to 2018.

“A lot of teams would give up and say let’s just have fun,” Perri said. “But they went all in. They had that within themselves.”

They had it because they have been playing and winning together for a number of years.

Perri starts five seniors in outside hitters Rebecca Valentin and Sam Pavlick, middle blocker Brooke Farley, opposite hitter Joan Connolly and libero Hannah Lynde. They have all been playing together for the Ocean County Volleyball Club since before they reached high school.

It just took some time for them to get used to varsity volleyball, but by the middle of last year, they were ready to launch.

“They are really comfortable playing with each other because they understand how everyone plays,” Perri said. “They get it.”

Valentin and Pavlick are both two-way outside hitters. Valentin has recorded 37 kills and 58 digs in 2019. Pavlick has registered 39 kills and 85 digs.

Connolly is having a tremendous season at opposite hitter. She is filling three stat categories, with 43 kills, 51 digs and 22 aces.

Lynde is doing what an elite libero should do, keeping points alive. She has racked up 103 digs this fall.

The seniors have all been great. But it’s a junior, setter Rachel Ferrara, who has arguably been Howell’s most important player.

Every good volleyball team needs a quality setter to pass to teammates and set them up for easy points. Surprisingly, Howell does not have that player in its senior class. Instead, Perri found it in his underclassmen group.

Ferrara has 139 assists in 2019. Valentin, Pavlick and Connolly have all benefitted from her pinpoint passes.

Howell already had a ton of talent around the setter spot, and now Ferrara has brought it all together.

With Ferrara and so many options around her, opponents can’t focus in on any one or two players.

“There is fundamental stuff that we’re doing that’s helping us,” Perri said. “We’re not giving away easy points. We make the other team’s life more difficult.”

This group has not done anything special or crazy. The players have just gotten better as their careers have gone on.

If that continues, the Rebels might be able to win some things this fall, starting with the Shore Conference’s A North Division. Howell is in first-place in the division right now. The program has never won a Shore Conference division title.

“We haven’t set long-term goals but winning the division is a good starting point,” Perri said.