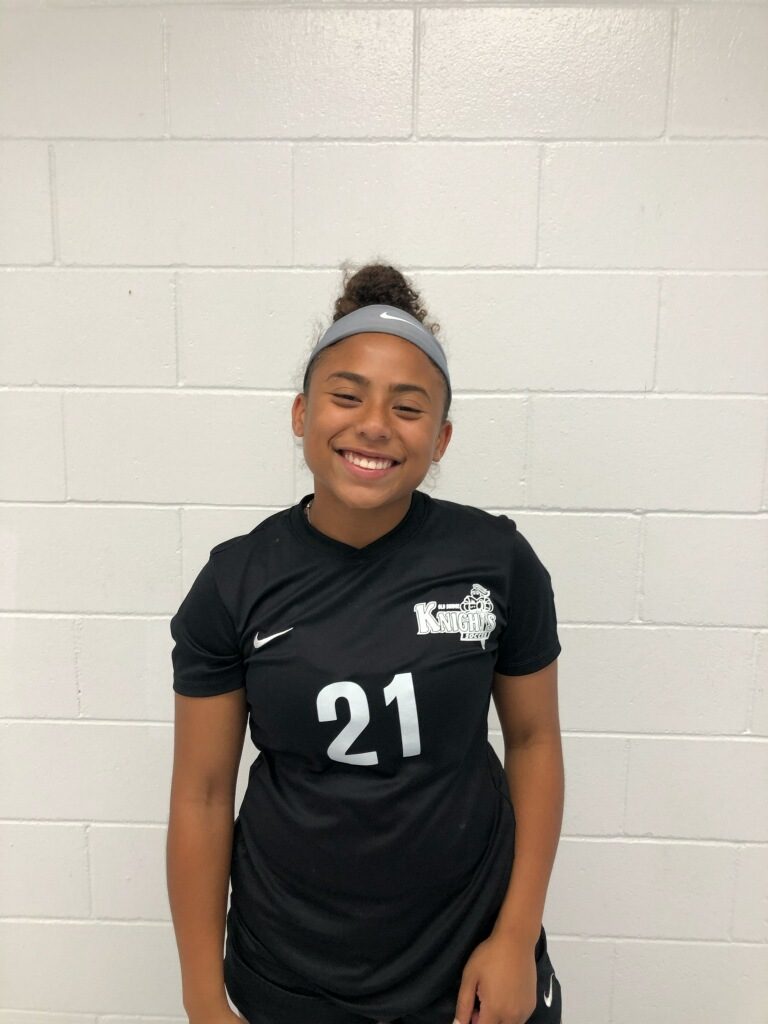 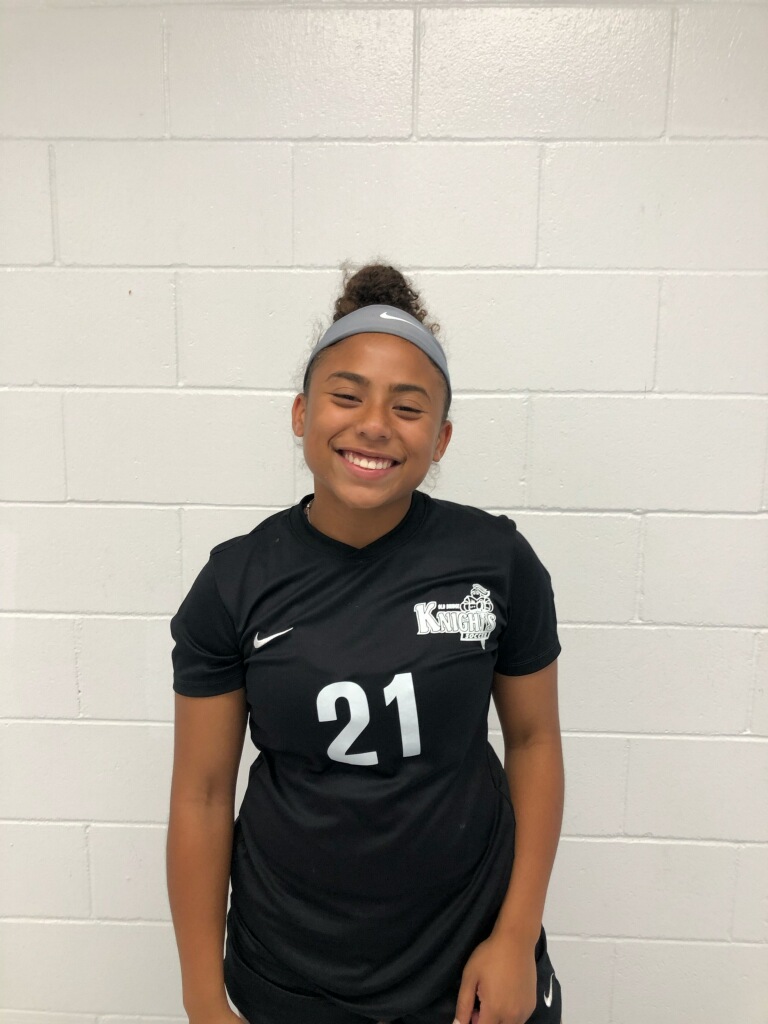 He has won more than 300 games. He has seen a lot of great goalkeepers.

Some even went on to Division 1 collegiate careers.

But none were better than his current starter at Old Bridge High School–senior Chelsea Lee-Sam.

Last year as a junior, Lee-Sam spearheaded a defensive effort in which Old Bridge recorded 15 shutouts and allowed just seven goals in 20 games. Two of them came in the team’s 2-1 loss to Hunterdon Central Regional High School in the NJSIAA Central Jersey, Group 4 sectional tournament final, a game that Lee-Sam kept the Knights in, making 11 saves.

“We don’t get to overtime without her,” Lozzi said.

In 2019, though, Lee-Sam missed the start of the season with an injury. The talented Knights still controlled games without her.

But they were also breaking in three new defenders, and they showed some holes at times. Old Bridge started 1-2-1, allowing three goals, nearly half as many as it allowed during the entire 2018 campaign.

Lee-Sam finally returned for a Sept. 12 home game against Hillsborough High School. She split time with Farkas, organized her defenders and helped the Knights beat the Raiders, 2-1.

Over the next four games, Old Bridge went 3-0-1 and did not allow a goal. In back-to-back games against John P. Stevens High School and South Brunswick High School, the Knights won by a combined score of 10-0.

Lee-Sam is back–and so are the Knights.

At 5-3-2, Old Bridge is in position to make a second half run and earn a high seed in the state playoffs.

Lozzi has the keeper he would start over any other in a big game. But he also now has an experienced, trustworthy backup in Farkas, who can help keep Lee-Sam fresh and healthy for the postseason.

The coach even has a more confident back line featuring junior Emmi DeNovellis and sophomore Naomi DeNovellis at the center back spots, junior Gabby Farag at left back and sophomore Ava Morales and junior Amanda Scopellite splitting time at right back.

The group took its lumps early but improved gradually, especially once Lee-Sam returned to the lineup and helped connect the unit with her vocal leadership. It was tough for the Knights to play without their standout keeper, but it also made them stronger and better.

Now with Lee-Sam back and everybody playing well, Old Bridge again has an elite defensive unit.

“Chelsea talks a lot and gives a lot of direction,” Lozzi said. “When she talks and gives directions, she’s seeing the field well.”

“Chelsea exudes confidence and it rubs off on everybody else,” he added.

The Knights are focused on getting back to the state sectional championship, but Lee-Sam also has a future to worry about. The senior is definitely a collegiate prospect, but Lozzi is not sure if Division 1 schools are looking at his keeper.

In 2019, scholastic athletes largely handle their own recruitment.

“She’s still deciding but she has drawn interest,” Lozzi said.

“We’re here to just support the kids,” he added. “When a kid does decide, I just advise academics first and soccer second.”