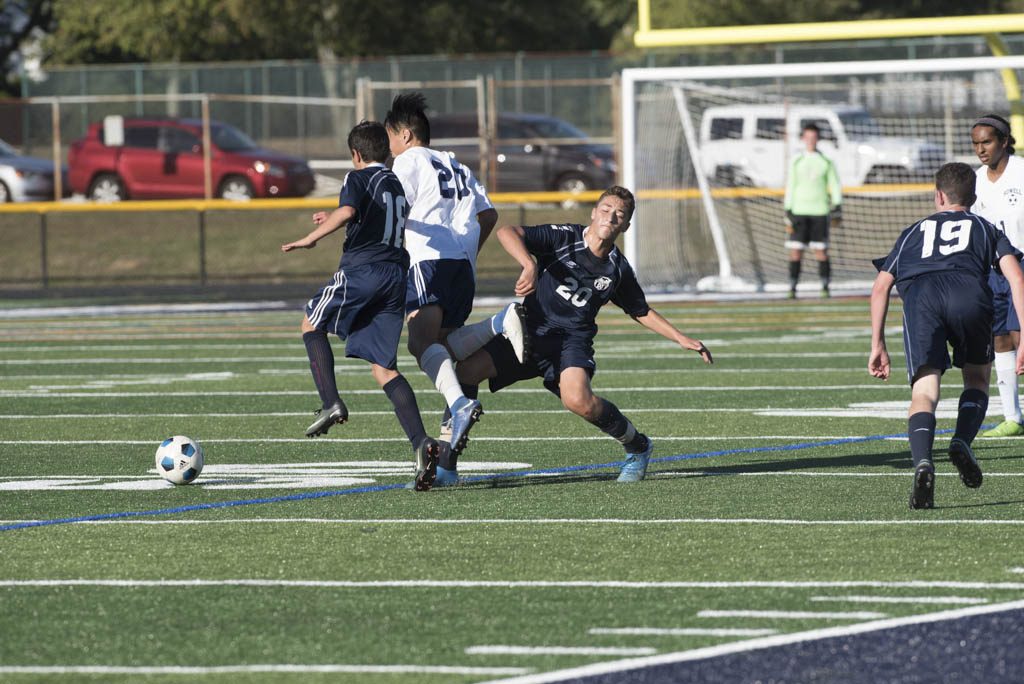 Then after every game, Morris gives his coach spiel again.

But after both talks, Morris does something else, too. He gives his six senior leaders the floor.

Day after day, Morris observes this intangible effect firsthand. Day after day, his players go out, play hard and focus only on their next opponent.

Good leadership, plus a little talent, too, has led to results for Marlboro in 2019.

The Mustangs are 9-1 with about a month left in the regular season. They have outscored their opponents, 31-7.

“The boys are playing as a team,” Morris said. “Everybody’s in all together for the betterment of the team.”

It really is that simple.

Marlboro has senior leaders at every level of the field, and the other Mustangs are feeding off their older teammates.

Mitchell Katsman, Mike Steinberg and Max Shushkovsky are all forwards, and they have combined for 23 of Marlboro’s 31 goals in 2019. Noah Rosen is a midfielder, and while he doesn’t score much, he is crucial to Marlboro’s possession effort. Ethan Schlesinger and Ethan Steinberg are defenders who anchor a stout back line.

“It helps to have them at every level,” Morris said of his seniors. “They are leaders who have seen this program not be successful, so everyone around them sees how hard they are working.”

All six seniors played for Marlboro’s 2017 team, which went 1-14-2. Morris took over the year after and started needling his players about 2017 during practices.

Whenever a player slacked, Morris would simply say, “2017.” Now the seniors do it to each other and even to their younger teammates.

All it takes is that one word/year for the Mustangs to overcome a moment of weakness.

“That’s where you’ll be if you don’t work hard,” Morris said. “It’s a snap back to reality. You have to put your right foot forward every time.”

Marlboro improved drastically in 2018, going 8-7-3 and qualifying for the NJSIAA Central Jersey, Group 4 sectional tournament. It was a nice accomplishment, and the Mustangs were happy with it.

That loss, like the 2017 season, stuck with the Mustangs. They beat two Shore Conference powers, Christian Brothers Academy and Wall High School, earlier this fall. Both 1-0 victories announced Marlboro’s arrival as an elite team.

Yet the Mustangs did not view them that way. They simply asked Morris who their next opponent was. The Mustangs are approaching the season like a state sectional championship contender.

“It’s cool to see how focused they are,” Morris said. “It has rubbed off on everybody else.”

“We are capable of anything,” he added. “As long as they stay motivated and injury free, I don’t see an end.”