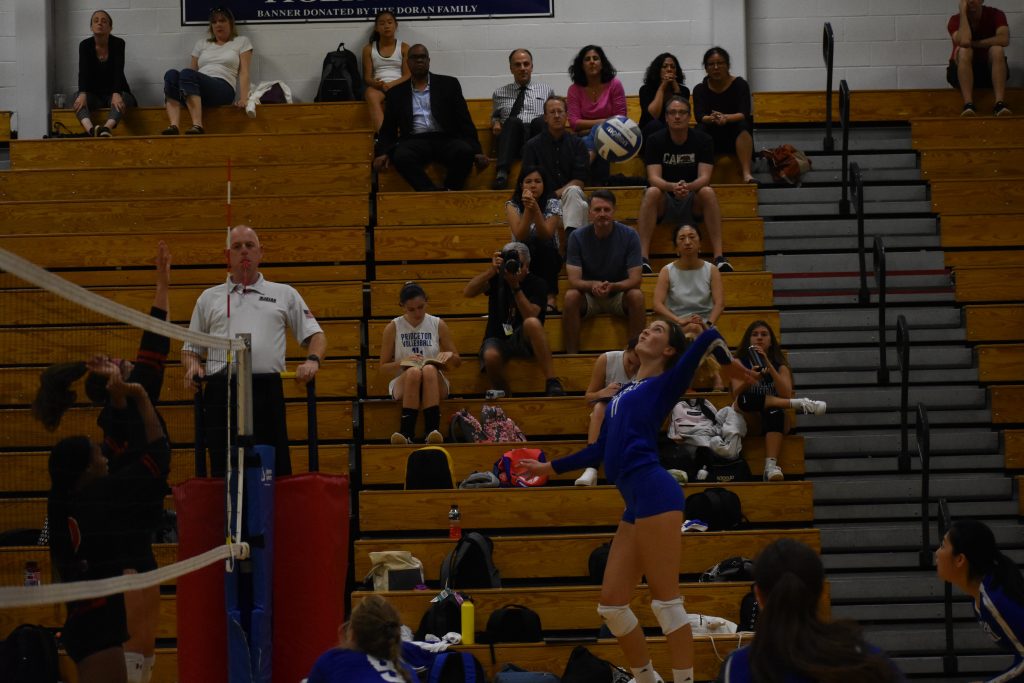 Princeton's Gillian Hauschild (center) during the Oct. 2 matchup with the Lawrenceville School.
× 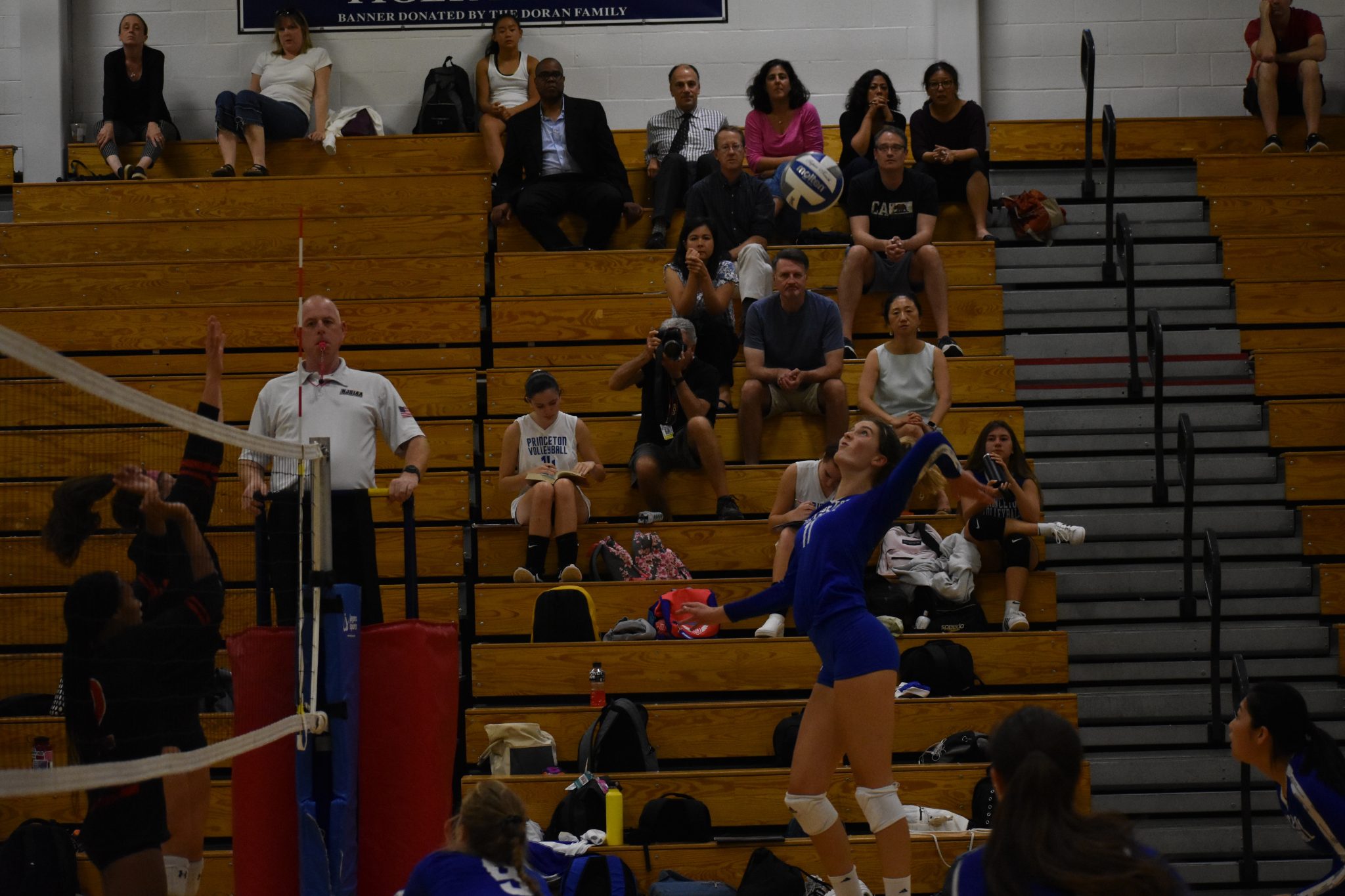 Princeton's Gillian Hauschild (center) during the Oct. 2 matchup with the Lawrenceville School.

Princeton High School girl’s volleyball is determined to move on after a tough loss this week to the Lawrenceville School.

Princeton fell to Lawrenceville, 2-1, in Princeton on Oct. 2

“It is a momentum swing. If we can get it going for us and someone heats up on their service or in the front row the game goes in our favor. Unfortunately, we never found that spark in the third set,” Princeton coach Patricia Manhart said. “This is a team when we are on our game we are at a very high competitive level, but if we can’t get that rhythm that is what let’s us down.”

Princeton’s loss dropped it to 8-3 overall. The Little Tigers this season have also compiled an 8-1 record in the Burlington County Scholastic League.

After losing the first set, the Little Tigers came back to win the second set and force a third. During the third set, Lawrenceville produce an 8-6 lead and kept extending its lead from there eventually securing the match win.

“I am excited to make little tweaks. It is never one specific skill, spot or item that we can’t do well. It is just different pieces that might break down. I am always excited to go back to practice and fine tune the small pieces that make a big difference,” Manhart said. “On defense tonight we started getting better touches off of tough digs. I am excited for where we are.”

“I think when we get down we lose confidence as a team. The team is coming together it is just when we are down we need to still play like we own the court,” Hauschild said. “We had the best start possible to begin the season. We have the pieces we are just putting them together. I really believe in this team moving forward. Our loss tonight is teaching us a lot about endurance and being able to hold it out in that third set.”

Manhart said she wants to see her team fired up for the tri-match on Oct. 5 with Williamstown High School and Union Catholic high School. The matches will be held in Princeton.

“I want to see them fired up to go against Williamstown High School. Williamstown has a great right side and we have seen them at a scrimmage where we held our own. I want the girls to use that confidence to come and knock down that team,” Manhart said. “It is also exciting to play against other teams we don’t know around the state like Union Catholic. It is going to make a difference if can start beating our out of league competition.”

Princeton police in trial phase with body cameras on officers