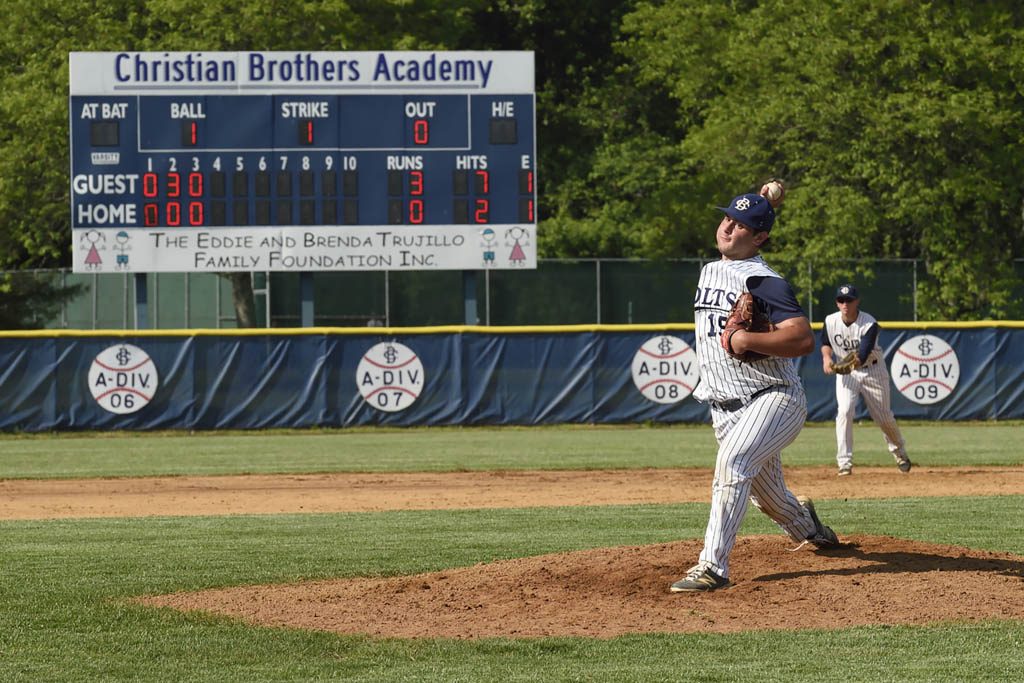 Some residents of Middletown are expressing concern about a plan to construct, expand and modify existing school facilities at Christian Brothers Academy.

The application from CBA, which is located at 850 Newman Springs Road, was heard during the Oct. 2 meeting of the Middletown Township Planning Board. The private school’s application also proposes improvements to parking areas, walkways, internal driveways, landscaping, lighting and drainage.

No decision was reached on Oct. 2 and discussion of the CBA application will continue at a future meeting of the Planning Board.

According to a legal notice published by attorney John Giunco, who represents the school, CBA is seeking preliminary and final major site plan approval to improve its amenities. The school’s 143-acre property is in a Rural Estate Residence Zone in the Lincroft section of Middletown.

The applicant will request several bulk variances, according to the legal notice.

Answering questions posed by Giunco, Eric Wagner, who is the project architect, described the proposed improvements.

Wagner said Benilde Hall farm building is “tired and old.” The structure will be demolished and replaced, he said.

“We are also proposing rugby fields,” he said, adding that a new access road and track and field area with bleachers are also proposed. The existing track will be moved from its original location.

A modest addition to the existing Alumni Hall is proposed, Wagner said.

Regarding the cafeteria, he said an expansion of the building is being proposed because the school oversees “more lunch periods than they would like.”

“If we could fit a few more students in the cafeteria, the school could (eliminate) a lunch period. Freshman would no longer have to eat lunch at 10 a.m.,” Wagner explained.

Wagner said McKenna Hall, an older two-story farmhouse building, would be demolished and said the plan is to “increase the footprint.”

The new building would serve as a multipurpose space for students participating in long-term STEM (science, technology, engineering and math) projects, he said. The proposed facility would include a robotics laboratory.

Wagner said improvements – the addition of bleachers and a press box – are proposed at the existing baseball field.

A viewing pavilion is proposed and would house a track, soccer/lacrosse field and tennis courts.

The viewing pavilion “is a nice element,” Wagner said. “Right now, the (existing) tennis courts are kind of in the back of nowhere. (The viewing pavilion) will give a sense of entry. All of the proposed additions have some elements that tie back to the theme of the campus.”

Following Wagner’s testimony, Township Committeewoman Patricia Snell, who sits on the Planning Board, asked Wagner why the application does not include a new swimming pool at the school. She noted that CBA’s swim team has been very successful over the years.

Giunco said there are funds to construct a pool, but he said it is costly to maintain the facility.

Resident Donald Galante provide the applicant and board members with information and photographs which pertain to the school’s property.

Resident Bill Heaney, who said he is a licensed home inspector, said his backyard is adjacent to CBA. He said he is concerned that new construction at the school could negatively affect his property.