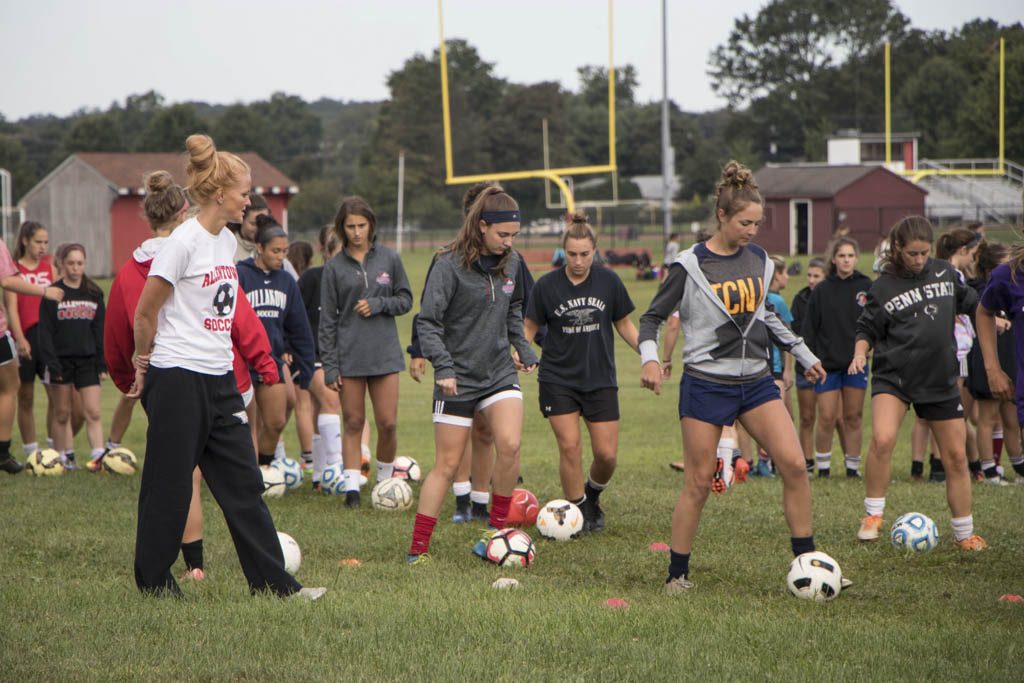 As a sophomore in 2018, Munster was confident enough as a varsity player to be Allentown’s first girl off the bench.

But now as a junior in 2019, she has finally found her place in the varsity lineup.

It didn’t happen right away this fall. Munster actually started the season at her normal position of forward.

But after the Redbirds allowed four goals in their first four games and started 2-2, Allentown coach Kim Maurer moved Munster back to defense.

The small lineup change altered the course of Allentown’s season.

After Maurer made the change, Munster and the Redbirds went 6-1 in their next seven games, allowing just five goals in those seven games. Munster is playing defense like a forward. She is attacking the ball, reversing it upfield and carrying it into an offensive position.

Then she is hustling back to stay ready on defense. Munster’s speed and attacking mentality have adapted perfectly to the fullback position, which requires a defender’s coverage skills and a midfielder’s speed and ball skills.

Munster has all those tools. They are why she made varsity as a freshman and played a big role as a sophomore. Now, they are also why she has found her place in Allentown’s program.

“Kaylee has given the defense a lot of confidence,” Maurer said. “She’s feisty.”

After the 2018 season, Maurer envisioned Munster as her next fullback. But the rising junior wanted to stay at forward after scoring five goals last year off the bench. Then she scored a lot of goals on breakaways in Allentown’s summer league, convincing Maurer to keep her at forward.

Munster wasn’t a bad forward, either. She notched a goal and an assist in five plus games at the position in 2019.

But on Sept. 11, Allentown lost at Hopewell Valley Central High School, 2-1. It was the Redbirds’ second 2-1 loss in less than a week. They also fell to Middletown High School South on Sept. 7.

Allentown’s defense had a hole at outside back. Maurer felt it was making the difference in those close losses to good teams.

Yet she was reluctant to move Munster back because she knew the junior wanted to play forward.

Finally though, at halftime of a game at Notre Dame High School on Sept. 18, Maurer turned to Munster.

Allentown went on to win that game, 1-0. The Redbirds won their next four games as well.

“The Notre Dame game was a lot of long balls over the top, wearing out the defense,” Maurer said. “We needed Kaylee.”

“I wish I had her back there in the Middletown South and Hopewell games,” she added. “It would have been a different story.”

But now it still can be a different story moving forward. At 9-4 overall, Allentown has the third most power points in the NJSIAA Central Jersey, Group 3 section. It will be a prime contender to win the section when the state tournament begins later this month.

“We played very well against Notre Dame,” Maurer said. “Something clicked that game.”