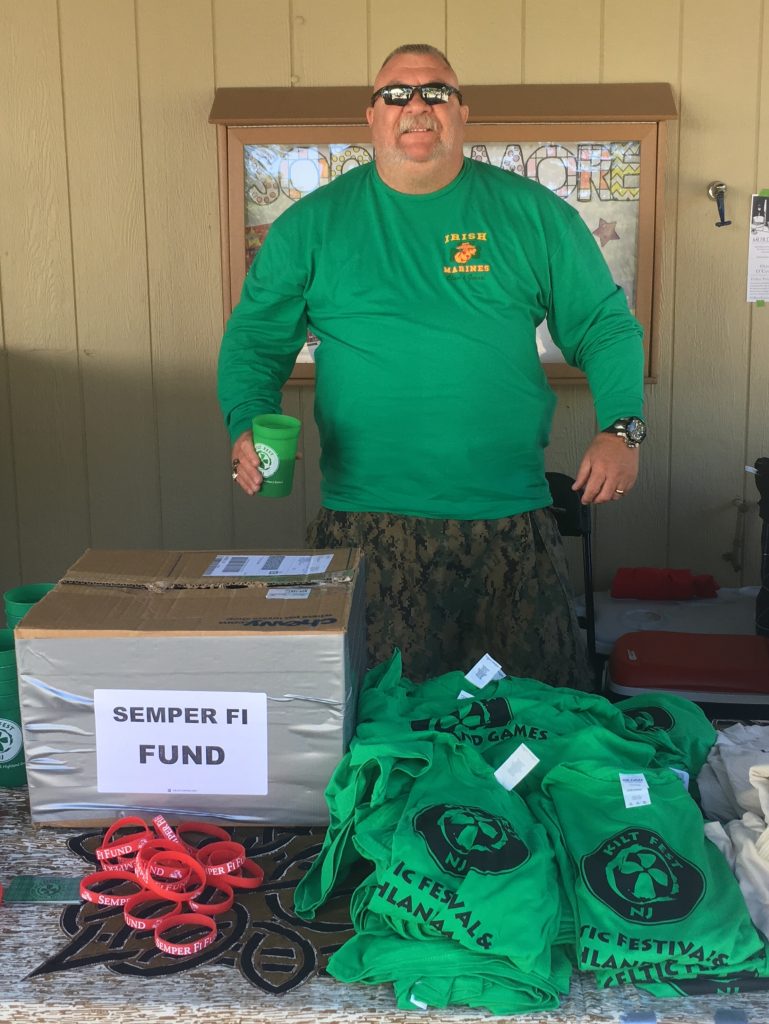 Marine veteran Al Hancock volunteering for the Semper Fi Fund at this year's Kilt Fest NJ, which was hosted on Oct. 5 and 6 at Liberty Lake in Bordentown. Photo by Thomas Wiedmann
× 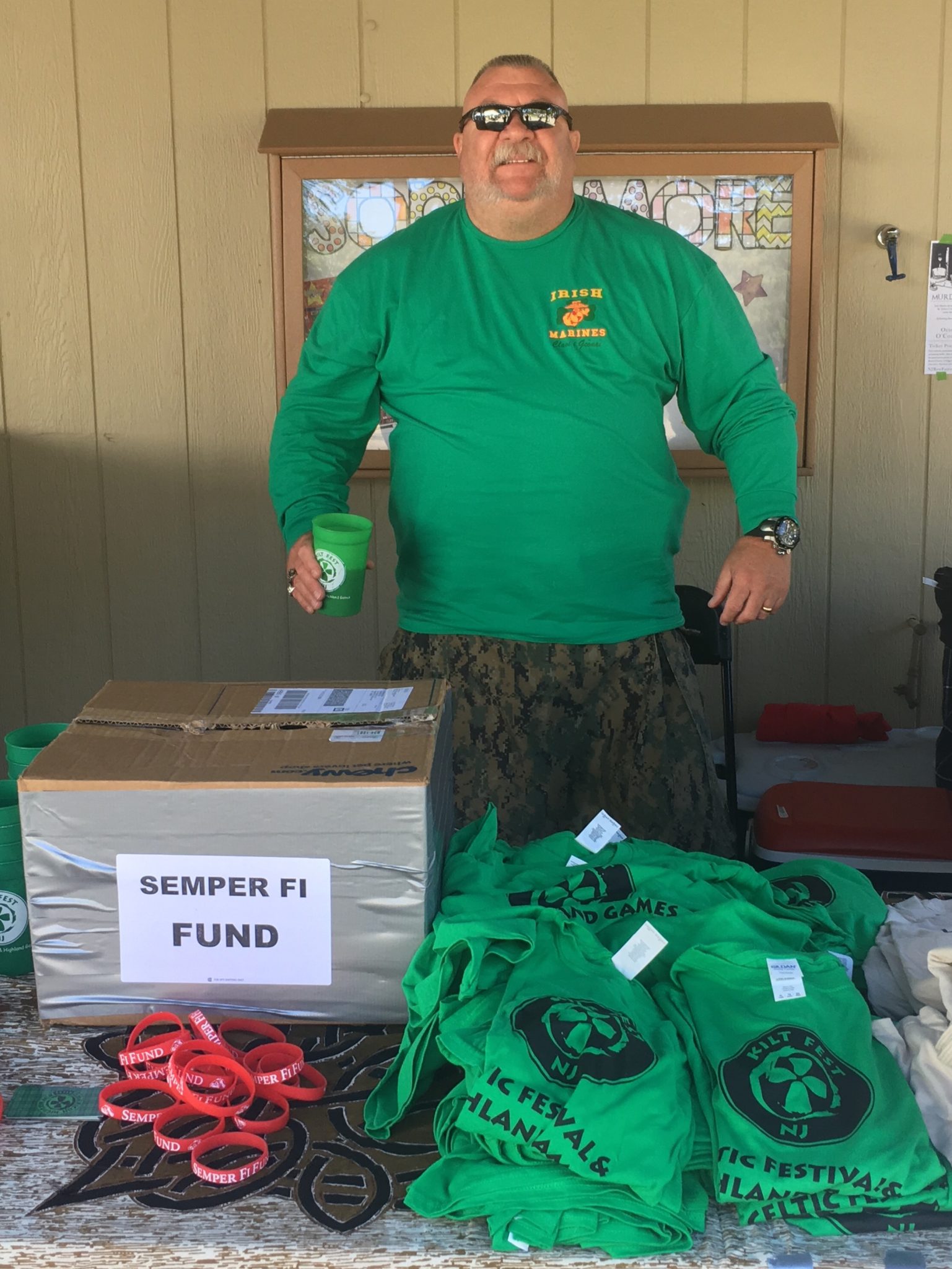 Marine veteran Al Hancock volunteering for the Semper Fi Fund at this year's Kilt Fest NJ, which was hosted on Oct. 5 and 6 at Liberty Lake in Bordentown. Photo by Thomas Wiedmann

Although the fourth annual Kilt Fest NJ is primarily a celebration of Scottish-Irish-Gaelic culture and its traditions, it also served a charitable cause this year.

This year’s event, which was held on Oct. 5 and 6 at Liberty Lake Park in Bordentown, teamed up with the Semper Fi Fund to reach out beyond the festival’s celebration of heritage and culture.

Founded in 2003, the Semper Fi Fund is a group that aims to provide direct financial assistance and vital programming for combat wounded, critically ill and catastrophically injured military service members and their families during hospitalization and recovery.

In partnership with the military support program this year, Kilt Fest NJ organizer Chris Beyer, said he believed that although the focus of the event is to bring people together for a Celtic Festival, it can be utilized to serve another purpose, too.

“Running a festival is a lot of work, but it’s worth it if you can make a good, sizeable donation to award an organization,” Beyer said.

Outside of organizing the annual festival, Beyer owns American Highlander Kilts and Accessories based in Ewing. Beyer noted that two of his employees are military veterans. He explained that alongside his employees, many of customers just so happen to be veterans as well.

Although the American Highlander Kilts owner said he is still trying to find the connection between kilts and veterans, an initiative sparked to pair the two together when it came time to coordinating Kilt Fest.

“There’s a real connection between veterans and kilts,” Beyer said. “We weren’t sure who we were going to support [at first], but when it came to veterans’ causes, we all thought it was very important thing.”

In previous Kilt Fest events, Beyer said that annual festival has supported other military organizations such as Mission 22, which is a non-profit organization that seeks to end military veteran suicide by offering aid to veterans suffering physical and mental injuries from combat, while it also gives assistance to families of veterans as well.

Beyer explained that all revenues from this year’s event were contributed to the Semper Fi Fund with additional efforts on behalf of volunteers for the organization that collected donations in the parking lot in lieu of a parking fee as well as a donation box set up at the festival’s main information/merchandise table.

One of the event’s volunteers was Marine veteran Al Hancock. Hancock said that he felt it was important for community events like Kilt Fest to gather the public for encouraged support of veterans and associated charitable causes as well.

Hancock explained that outside of providing financial assistance for veterans and their families, the Semper Fi Fund also organizes multiple outreach efforts such as providing outings and activities for them as well as going into homes to provide accommodations for disabled vets.

“The Semper Fi Fund doesn’t just help Marines, it helps every branch of the service,” Hancock said. “We do this because we can’t depend on the [Veterans Affairs] for everything […] We all collect money to help our own instead of having to depend on the government. We can go here, and when a lot of people see us, they like to donate.”