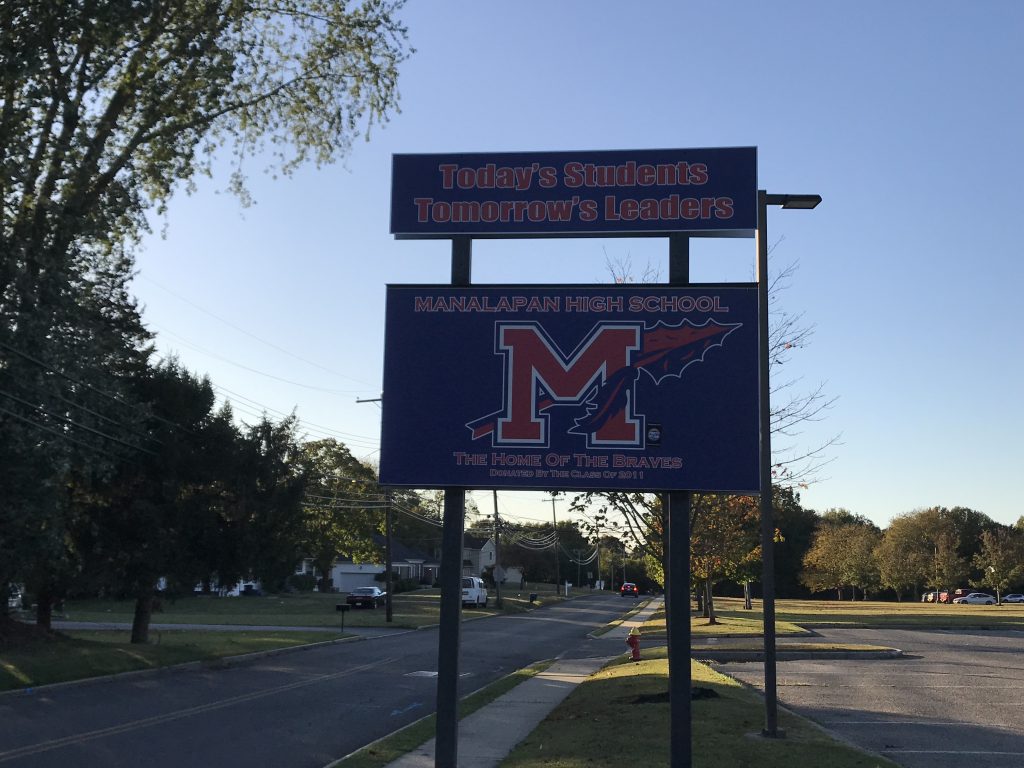 Manalapan High School did not see much traffic on Oct. 4, but the parking lot would fill up in a couple hours for a home football game.
× 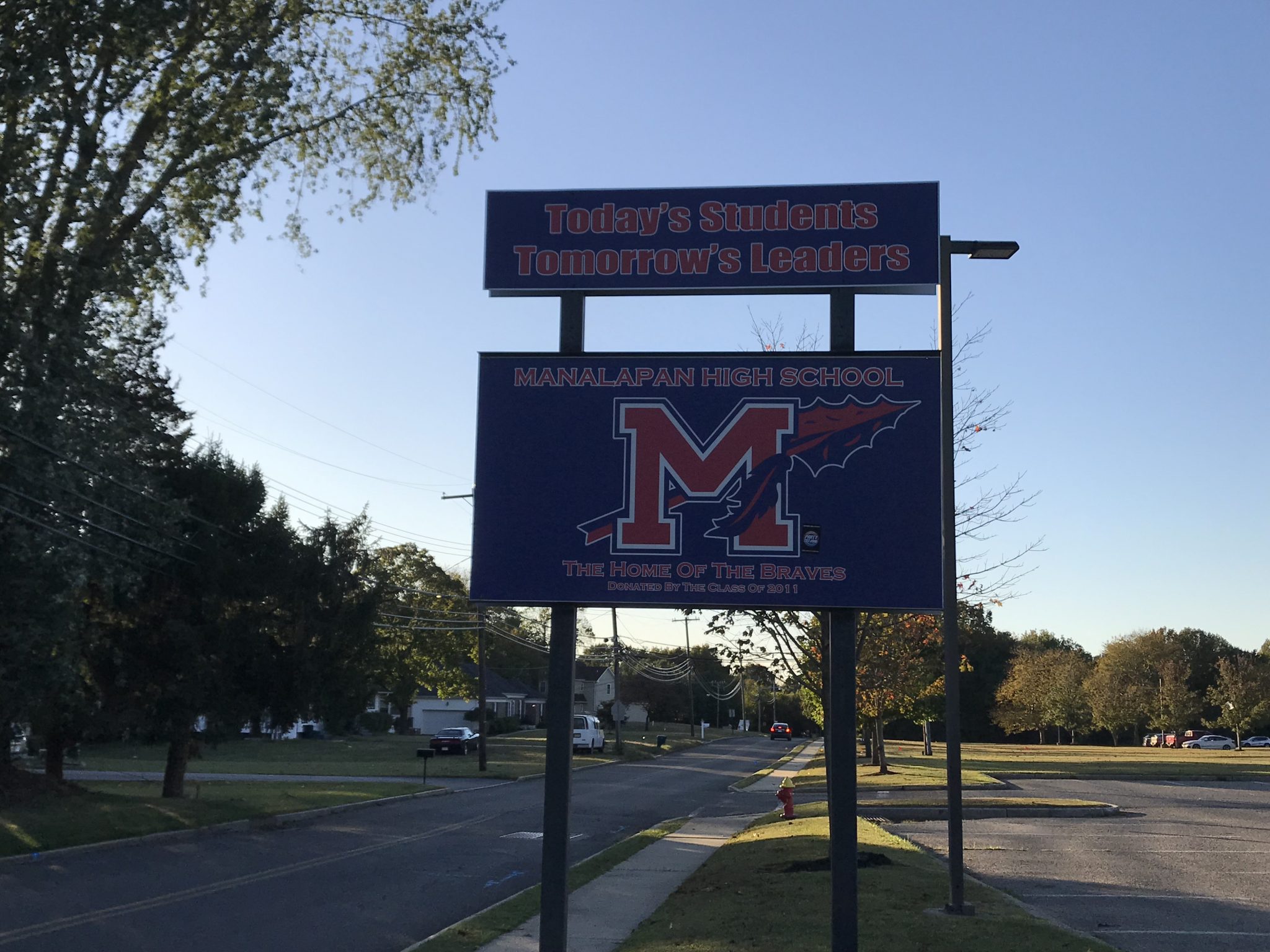 Manalapan High School did not see much traffic on Oct. 4, but the parking lot would fill up in a couple hours for a home football game.

A two-game losing streak notwithstanding, the Manalapan High School football team still has a lot to be excited about.

The team’s best player, senior safety/receiver Justin Rielly, should return to the lineup this week after missing Manalapan’s last two games with an injury.

Manalapan led 10-3 in the second half before allowing two touchdowns. Then, after the Braves rallied to force overtime, they got the ball first in the extra session. But they had to settle for a field goal, opening the door for the Bulldogs to win the game with a touchdown, which they did.

Kehley went 13 for 21 for 154 yards and two touchdowns. The scoring strikes went to Matt Benedetti and Paul Wojciechowski. But Manalapan struggled to run the ball and get a stop when it mattered. Its defense also struggled in its last game, a 42-40 defeat to Toms River High School North on Sept. 20.

Manalapan is still really talented, and really good at full strength. But the Braves have to get healthy and plug their holes.

Manalapan coach Ed Gurrieri is confident that they can.

Gurrieri had state sectional playoff championship expectations before the season, and he says those have not changed.

“We absolutely have the same expectations,” Gurrieri said.

Kehley is the biggest reason for optimism right now. The tall left-hander had a career game on Sept. 20, throwing for 258 yards and four touchdowns, nearly carrying the Braves to a shootout victory. He nearly carried them to another victory on Oct. 4.

“He’s been good,” Gurrieri said. “He’s a two-year starter who knows the offense and reads.”

But to reel off a winning streak, the Braves will need to get back to their bread and butter: The running game. Gurrieri likes his Braves to be a classic power football team, but in the Rumson loss, their backs carried the ball 30 times for an inefficient 97 yards.

If Manalapan can get the running game going to complement Kehley and the passing game, it should start to win again.

On defense, Gurrieri expects Rielly’s return to help a lot. The senior went down with his injury in the second half against Howell on Sept. 13. Manalapan allowed just 13 points in six plus quarters with the playmaking safety in the lineup.

“I’m excited about Justin coming back,” Gurrieri said. “At our level, if you’re missing a couple guys, it’s a big deal.”

Manalapan will try to improve to 3-2 on Oct. 11 at home against Long Branch High School. Kickoff is set for 7 p.m.