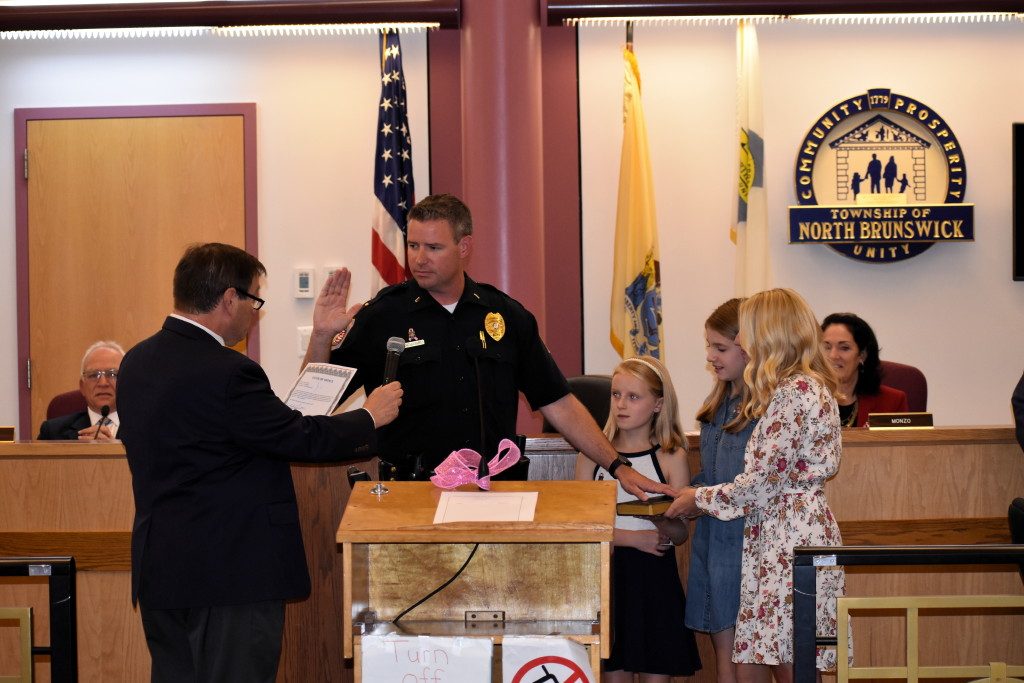 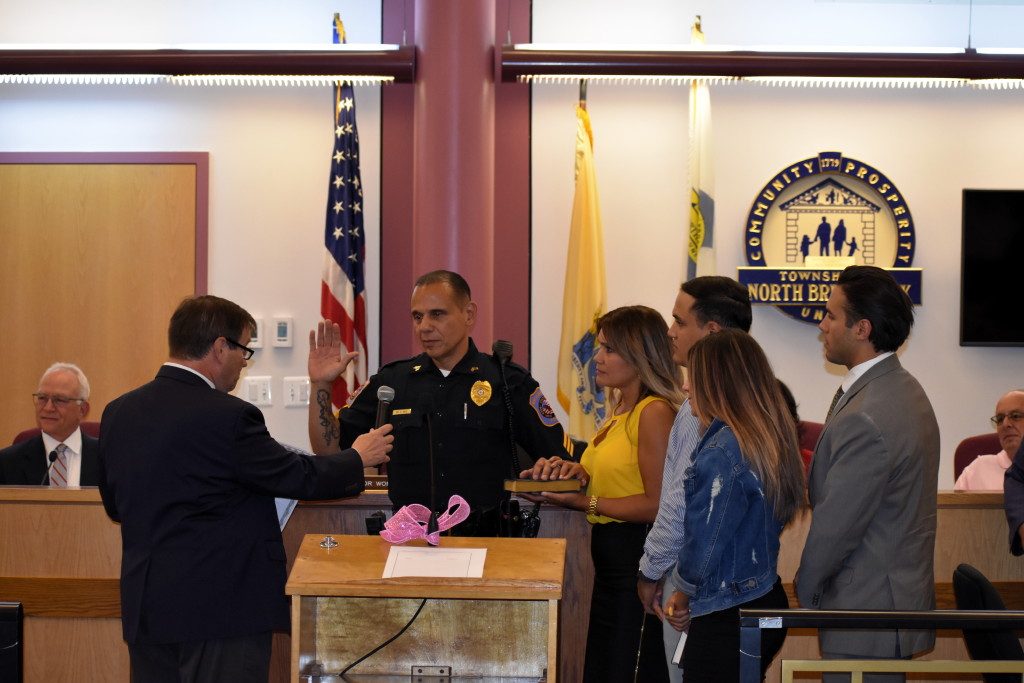 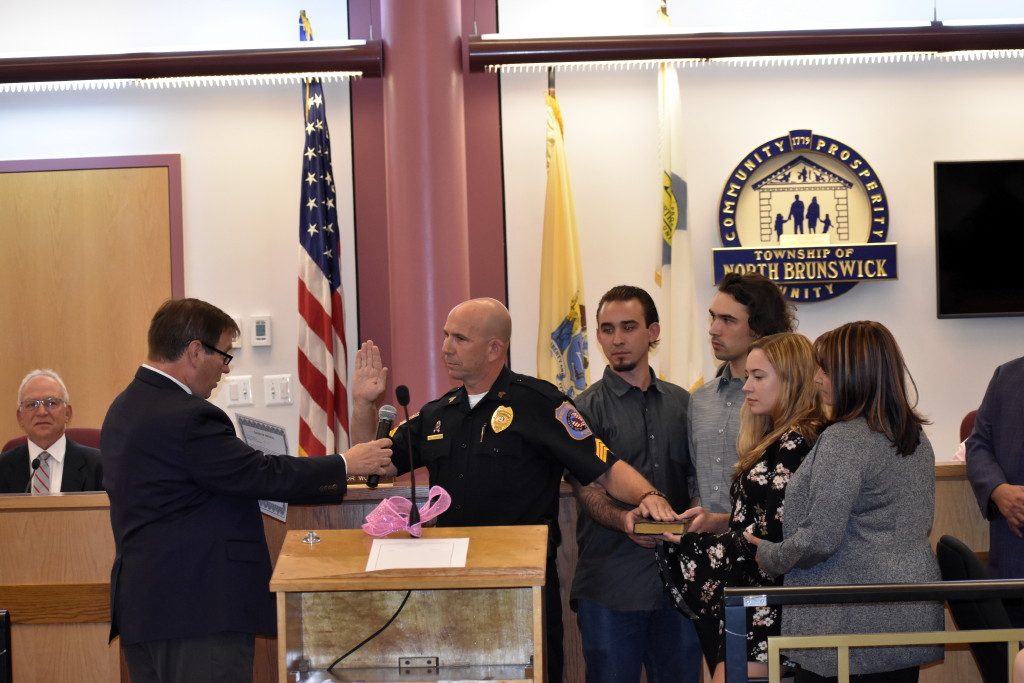 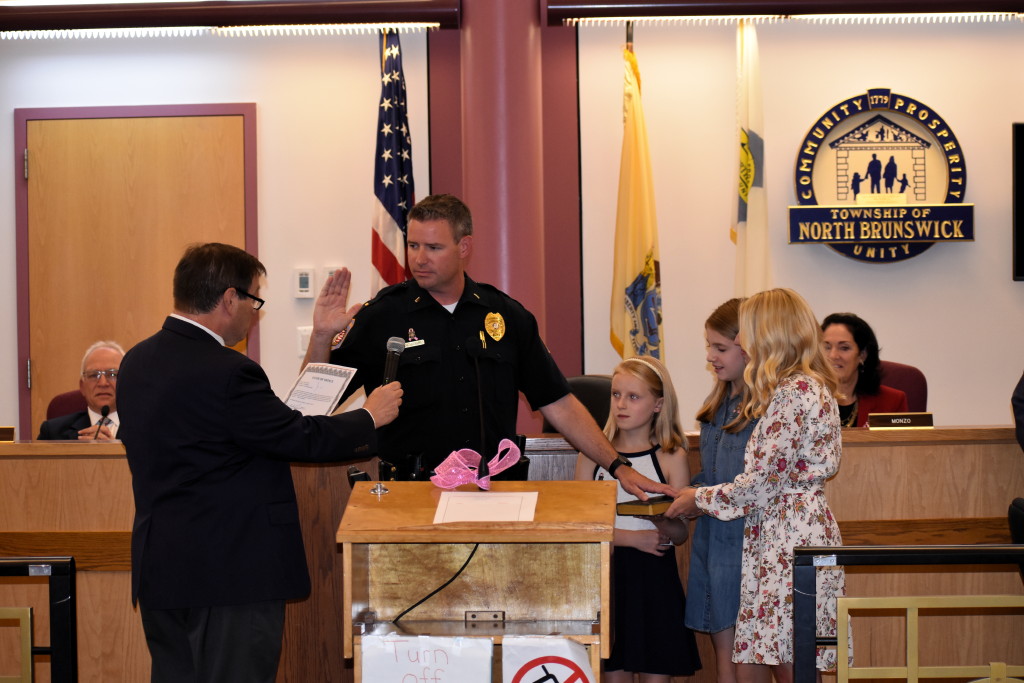 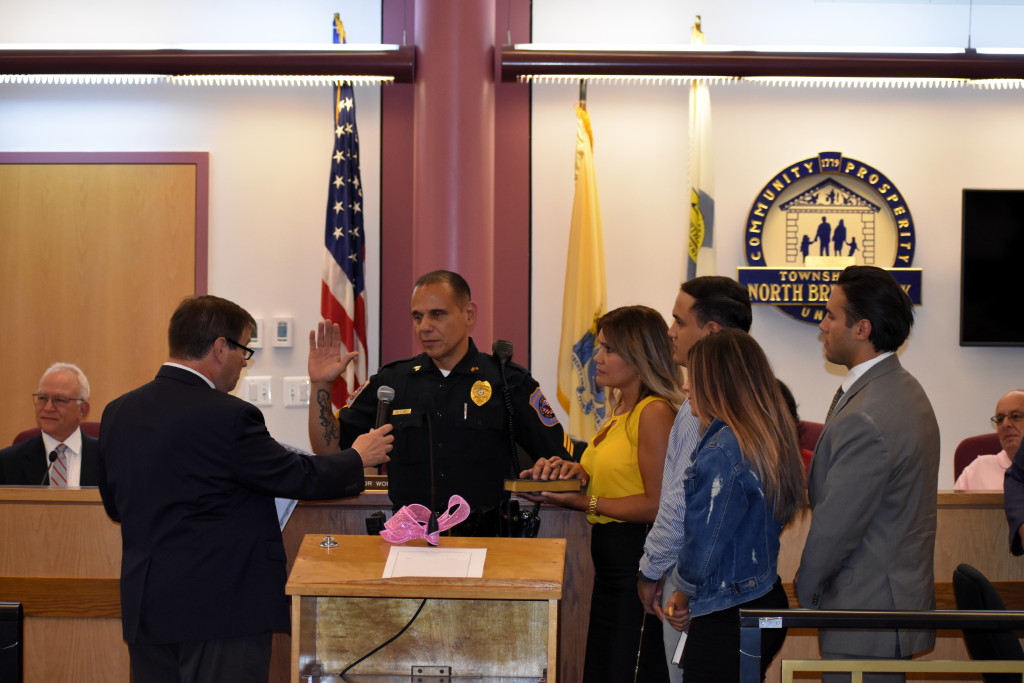 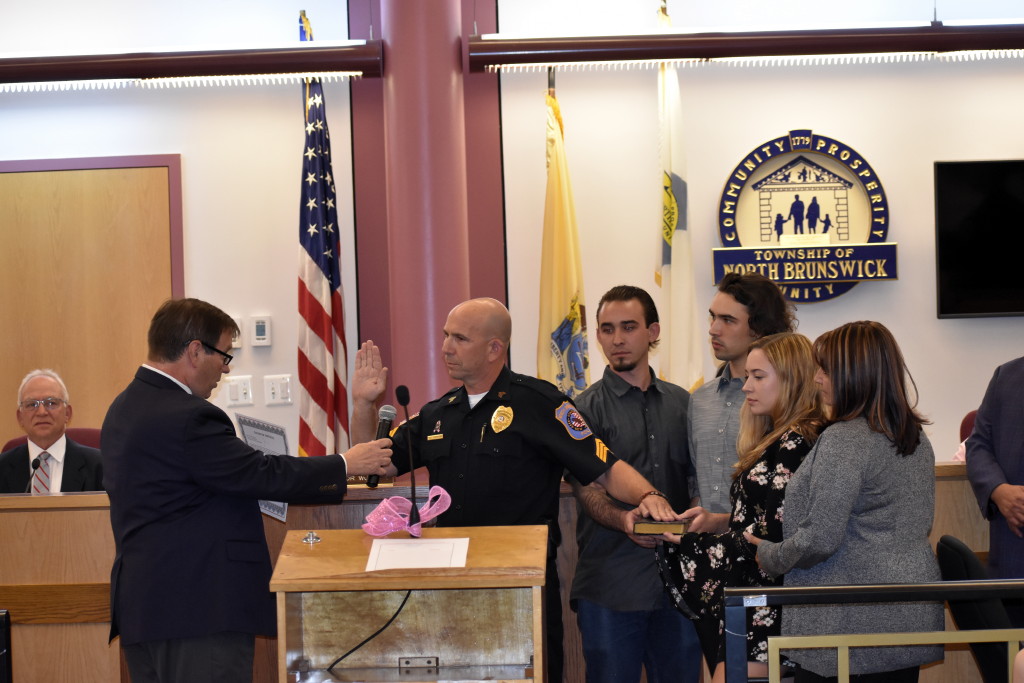 NORTH BRUNSWICK – Two sergeants and one lieutenant were sworn in to the North Brunswick Police Department on Oct. 7.

Michael Sauvigne was hired by North Brunswick in January 2006 after serving with the Middlesex County College and Metuchen police departments. He was a Class II special officer with the Belmar Police Department. He also was a dispatcher for the East Brunswick Police Department.

He received his bachelor’s degree in criminal justice from Caldwell College and his master’s degree from Seton Hall University.

He was promoted to sergeant in May 2015, and now holds the rank of lieutenant.

“I really appreciate everything, thank you,” he said.

He was assigned to the Detective Bureau Investigations Unit, Narcotics Anti-Crime Unit, Middlesex County Narcotics Task Force, Burglary Task Force and most recently, the Adopt-a-Cop program in conjunction with the police and community teams.

He was a volunteer at the World Trade Center Search and Recovery effort at the Fresh Kills landfill in Staten Island.

“I’ve had an amazing career so far, and definitely the Adopt-a-Cop program, I really took a liking to, and I’m going to miss that,” the new sergeant said. “It’s an amazing career and I wouldn’t consider doing anything else.”

David Incle joined the department in 2005 through the intergovernmental transfer program. He began his career with the Monmouth County Sheriff’s Office in 1999. He was most recently assigned to the Traffic Safety Bureau in North Brunswick.

He earned his bachelor’s degree from Caldwell College, and his master’s degree and ETS in management and supervision from Seton Hall University.

“I’m very grateful for this awesome opportunity. I embrace this challenge,” he said after being promoted to sergeant.

During the council workshop meeting held earlier in the evening, Police Director Ken McCormick said the promotions were due to the retirements of Lt. Michael Brandt and Sgt. Daniel Passafiume, and the impending retirement of Lt. Michael McGinn.