The would-be developer who seeks to subdivide a 1.6-acre vacant lot at 140 Hodge Road will have to wait until later this month to find out if the Princeton Planning Board will approve his request to create two non-conforming lots.

The Princeton Planning Board may take action at its Oct. 24 meeting on developer Jarrad Michalesko’s application. He began to outline the application at the board’s Oct. 3 meeting, but ran out of time.

The vacant house that sat on the lot was destroyed by fire in July 2018. Michalesko bought the property in September 2018 and demolished the house. He has applied for permission to create two new lots, neither one of which meets the required 125-foot minimum lot width.

Meanwhile, Michalesko’s application has itself run into a firestorm of opposition from neighbors on Hodge Road. They object to the plan to create two lots that each are 118 feet wide, or 7 feet less than the minimum 125-foot lot width.

Attorney Christopher Tarr, who represents Michalesko, told the Princeton Planning Board that the former owner had tried to sell the house for several years, but there were no buyers. The house, which was built in the 1920’s, sat vacant for several years.

Tarr said the vacant lot is large enough to allow for a cul-de-sac, or dead-end street, to be created for two building lots. He presented an illustration that showed a small street off Hodge Road, with one lot on the corner of Hodge Road and the cul-de-sac, and the second lot behind it.

“I think it is important for you to consider, a clear alternative  is a cul-de-sac,” Tarr said. His client, however, believes the two-lot subdivision on Hodge Road is a better development plan.

Planner Leah Furey Bruder, who represents Michalesko, said many of the lots in the neighborhood do not meet the 125-foot minimum lot width – yet they “blend seamlessly” into the neighborhood.

Architect Max Hayden presented sketches of two houses that Michalesko proposes to build on the lots. Both houses would be in the Colonial Revival style, which was popular in the early 1900’s.

Hayden said he tried to design houses that would be “sympathetic” to the neighborhood, which has a mixture of styles. “There is a potpourri style of homes,” he added.

Planning Board Chairman Wanda Gunning acknowledged that Hodge Road has a mixture of architectural styles, but when she saw the two designs that Hayden presented, she said she is worried about having two very similar houses next to each other.

When Planning Board member Louise Wilson said she wanted to know more about the neighborhood, Hayden replied that the large houses were built between the 1890’s and the 1930’s. Many of the house featured a living room, dining room, kitchen and a butler’s pantry.

Those houses do not feature the open floor plan that many buyers want today, he said. Tackling a large-scale renovation at 140 Hodge Rd. did not appeal to prospective buyers, and they moved on, he said. That’s why the house did not sell.

When the meeting was opened for public comment, many neighbors expressed their objections to the proposed subdivision.

Kent Hogshire, who lives at 130 Hodge Road, said the reason that the house did not sell was because the owner had borrowed a large amount of money and could not reduce the asking price. A bank took ownership of the property. The bank was not easy to deal with, he said.

Daniel Motto, who lives at 161 Hodge Rd., said the zoning requirements -including the 125-foot minimum lot width – were established to ensure responsible development and to preserve the history and character of the area.

“Allowing a zoning variance and subdivision of the lot at 140 Hodge Rd. does not provide any benefit to Princeton or its residents. It does not increase the availability of affordable housing,” Motto said.

There are no unique aspects to the property that would justify allowing a variance from zoning regulations, Motto said. It is based solely on the developer’s desire to earn a higher return on his investment, he said.

Woodney Wachter, who lives at 142 Hodge Rd., asked the Planning Board to deny the application. Rules are created for the benefit, safety and well-being of the community, and the applicant should not be granted a special exception, she said.

“Let me assure you, this is a very big deal to the people who have chosen to actually live – rather than seek profit – in one of Princeton’s oldest and most historic neighborhoods. It has survived world wars, depressions and recessions,” she said.

But if a precedent is set to encourage and allow subdivision and speculative development, it won’t survive much longer, Wachter said. “This is a very slippery slope,” she said. 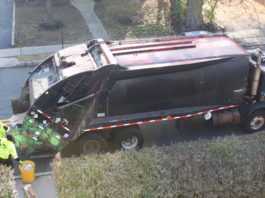