Springsteen exhibit is about more than guitars, posters 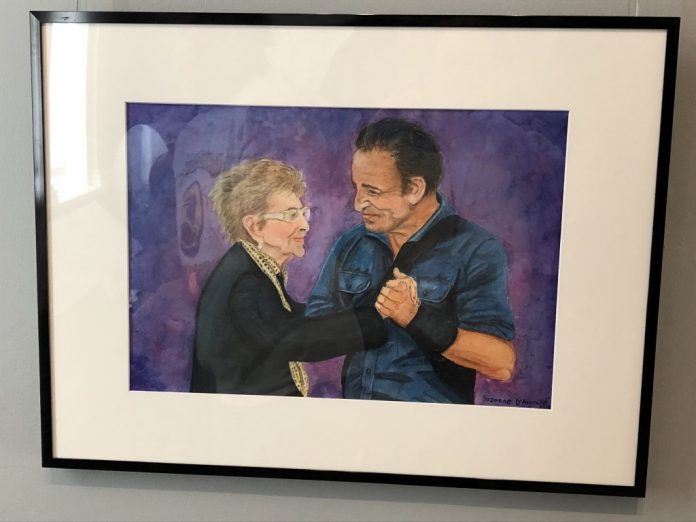 If visitors to “Springsteen: His Hometown” at the Monmouth County Historical Association look carefully, they will find the heart of the exhibit.

I had the opportunity to visit the exhibit during the first week of what is expected to be a year-long run at the association’s headquarters on Court Street in Bruce Springsteen’s hometown of Freehold Borough.

It seems safe to say Springsteen fans from around the United States, if not the world, will eventually make their way to the stately building where the exhibit explores aspects of the working class community that produced a singer-songwriter who has fashioned a career that exceeds 50 years.

On the exhibit’s opening day, Sept. 29, I watched as visitors had their cell phones out and were snapping photos of several of Springsteen’s vintage guitars, concert posters advertising shows that were played by some of his early bands, and lyrics set down on paper in the writer’s hand.

Visitors to the historical association’s museum on that warm afternoon included Jarod Clemens, the youngest son of the late Clarence Clemons, who was Bruce’s on-stage foil during thousands of performances by the E Street Band. Jarod was talking to and taking photos with people passing through the exhibit.

What I refer to as the heart of the Springsteen exhibit can be found in three areas.

Among the guitars and posters in the first floor gallery, visitors will see a Purple Heart and read about Bart Haynes, who was the drummer for the Castiles, a Freehold Borough band Springsteen played in from about 1965 to 1967.

Haynes joined the Marines and was sent to Vietnam, where he was killed by mortar fire in Quang Tri Province on Oct. 22, 1967 at the age of 19. Haynes is buried at the Beverly National Cemetery in Burlington County.

It is to the lasting credit of the exhibit’s curators that Haynes is honored among the memorabilia from Springsteen’s career. Life, after all, is not all Little League baseball games, concerts and racing in the street.

As guests head up the stairs to the second floor, they come to the landing and a tribute to what the curators call “fan art.” Pieces of art that have been sent to Springsteen by his fans during the course of his career are on display.

Thank goodness someone had the foresight to save it all. One lovely piece of fan art shows Bruce dancing with his mother, Adele. Once again, the heart of the exhibit comes through.

The second floor of the museum is special and there are three rooms to be visited.

First, check out the short film, “Bruce Springsteen: Hometown.” With commentary from Springsteen’s cousin, Glenn Cashion, and Kevin Coyne, who is Freehold Borough’s historian, the film offers perspective about family and the community that shaped the musician. If I watch this film 20 times, I will have tears in my eyes every time; it’s that moving.

The remainder of the exhibit traces the Springsteen family’s roots in America, which date to the late 17th century. Theirs is a story not unlike thousands of others; people who came to a new world in search of a better life and created a lineage that stretches over generations.

While “Springsteen: His Hometown” tells the story of one son of Freehold Borough, it will serve a higher purpose if it inspires visitors to reflect on their ancestors and family, their hometowns and heroes like Bart Haynes.

For me, that is the message and heart of the exhibit.

Mark Rosman is the managing editor of the News Transcript. He may be reached at news@thenewstranscript.com