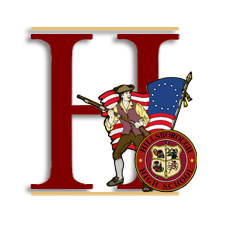 The Hillsborough High School boys’ soccer team has actually given up some goals in recent games–and that’s a surprising thing.

That fact speaks to just how dominant the Raiders have been this fall.

Hillsborough’s last two victories, on Sept. 28 against North Hunterdon High School and on Oct. 2 versus The Pingry School, came by a 2-1 final score. They were the Raiders’ first two victories this fall in which they didn’t shut out their opponent.

The 9-2 Raiders have registered seven shutouts this fall. They are on a four-game winning streak with the postseason looming later this month.

Hillsborough will be a contender to win the Somerset County Tournament for the second year in a row. The Raiders beat Pingry, 1-0, in last year’s county final.

They would make the 16-team field if the season ended today. Even if they make it as a low seed, too, the Raiders will be a tough out with their ability to keep opponents off the scoreboard.

Goalkeeper Daniel Guerrero Nieto is thriving this fall, with 38 saves, five shutouts and a 7-1 record as a starter. His backup, Devon Meissner, has also recorded two shutouts.

In front of them is a talented group of defenders. Jamie Moni, Josh Hartman, Austin Blanke and Brendan Sheehan have been preventing opponents from generating chances and shots. Hillsborough has outshot opponents in 10 of 11 games this fall.

Midfielders Tyler Watson, Christian Tyson and Jake Ford have also been essential to that effort, dominating possession game after game. The Raiders are not overly dependent on a few standouts, which will also make them a tough out in the postseason.

“Those standards are what we strive for,” said Hillsborough coach Eric Puma.

“We chart those things along the way,” he added. “Goals, possessions, the details that we gauge our success by.”

“It’s not as simple as winning and losing,” he concluded. “We need to look at different parts of the game to figure out if we’re making progress or not.”

Hillsborough has been making progress all year. The Raiders are well-rounded to the point of being able to win high-scoring games, too.

They have scored 33 goals in 11 games, an average of three per contest, and those numbers are not a result of a few big games. Hillsborough has scored multiple goals in nine of 11 contests.

Senior forward Jake Laifer has four goals and five assists. The midfielders of Tyson, Watson and Ford have combined for nine goals and two assists.

Everyone is contributing to the well-rounded Raiders, who do not have a weakness on any part of the field. The team’s only real blemish this fall was a 3-1 home loss to the Gill St. Bernard’s School on Sept. 21, the only game in which the Raiders were outshot.

Gill St. Bernard’s is a Somerset County foe, and the Raiders will probably need to beat the Knights to win the county title again. They will need to beat plenty of other quality foes to win Central Jersey, Group 4, too.

“We can contend,” Puma said.